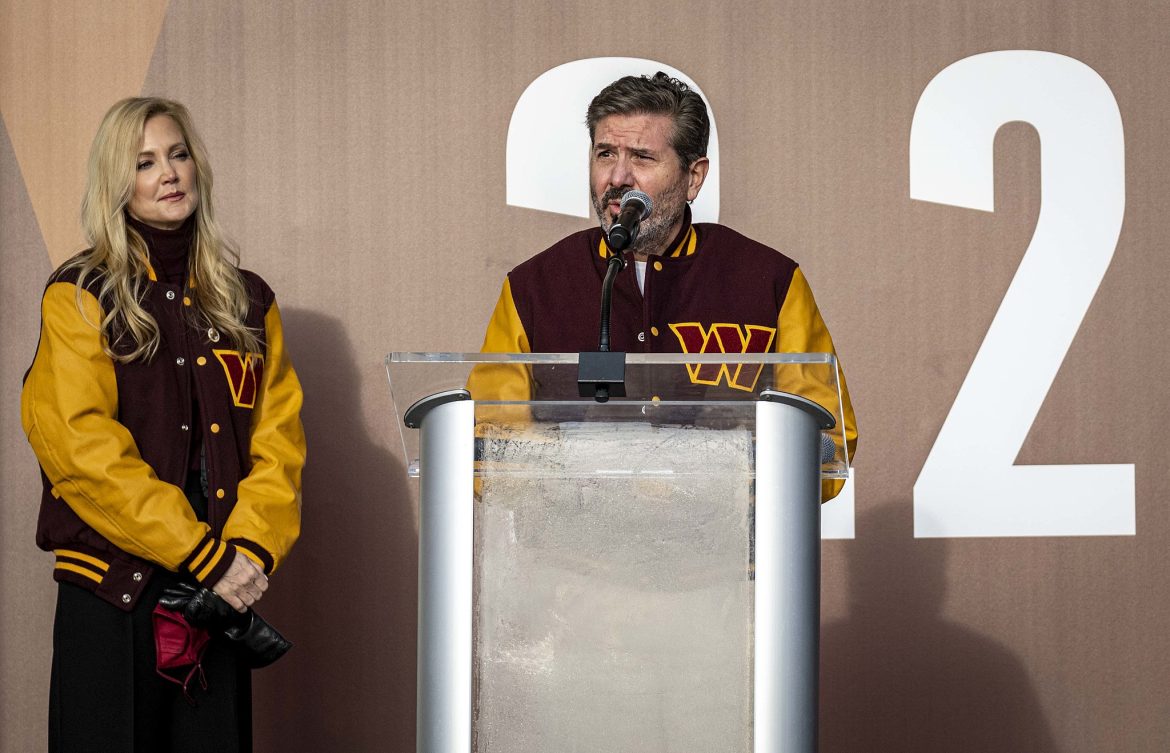 Indianapolis Colts owner Jim Irsay would rather see Daniel Snyder sell the Washington Commanders than get ousted by the rest of the league’s owners.

Speaking Wednesday at the league meetings in Irving, Texas, Irsay said: “I think that’s something that’s certainly a better solution if it came to that. If the team hypothetically, hypothetically, were sold 100%, that would solve things. But I don’t know where that’s at.”

Snyder and his wife/co-owner, Tanya, announced last month they are exploring a sale and considering all options, including selling only part of the team. The league hasn’t given an update on the Snyders’ intent.

“I don’t have any expectations on that. Dan’s statement that he put out is that he was exploring that,” NFL Commissioner Roger Goodell said.

Irsay said at the October meetings there was “merit to remove” Snyder as the owner because of several scandals involving workplace misconduct.

“I’m not ready to vote him out,” Irsay said Wednesday. “I need to hear more of my partners talk. It’s been something where you want to get more information about everything is the key.”

The league’s investigation being conducted by Mary Jo White has yet to conclude.

“I just think we’d have to talk about everything that’s happened from his perspective,” Irsay said.

I’m an old-school guy. I go back to the days when (there) were only 16 owners and you did everything and you were involved as an owner to a very big degree. So, I think it’s something where you’d want to, in the right forum, just try to hear the full story because it’s a big deal and I don’t just vote someone out without really, really knowing what’s going on. I don’t know enough that’s going on.

According to Irsay, the other owners haven’t discussed meeting alone to discuss the status of the Snyders.

“I said from the beginning, I was only interested in finding out more because there’s a lot of concern and there’s merit to look that possibility,” Irsay said. “But I said give it consideration or look at it. I never said “vote him out.’ It’s something that’s a big deal. We’ll see what the new year brings.”

Last week, a House Committee on Oversight and Reform released a report that sharply criticized the team and the league’s handling of its issues. The report said the NFL misled the public over the investigations of the Commanders and wasn’t holding people accountable.

Goodell defended himself and the league against the allegations.

In other news at the meetings, the NFL is considering ejections for roughing-the-passer penalties and hits on defenseless players.

“Quarterback goes down by a hit. Obviously, there’s a flag on the field,” league executive Troy Vincent said. “Should that player be automatically ejected or should that be a reviewable play? That’ll be a topic of what’s reviewed. What should be reviewable? Do you want to add things to that bucket? Is that something we should take a look at? Should a disqualification automatically come with a player that is actually taken out of the game?”

Vincent, a six-time Pro Bowl cornerback in the 1990s and 2000s, said “chasing perfection is a dangerous place to go.”

Vincent said changes would have to be weighed against the length of games and other factors.

“It’s a personal foul and there’s a ton of fouls in that category,” Vincent said. “Where does it end? Again, the most impactful play in football is pass interference. Now we start including the personal foul. But that’s why we’ll discuss it. I’ll be looking forward to this discussion.”