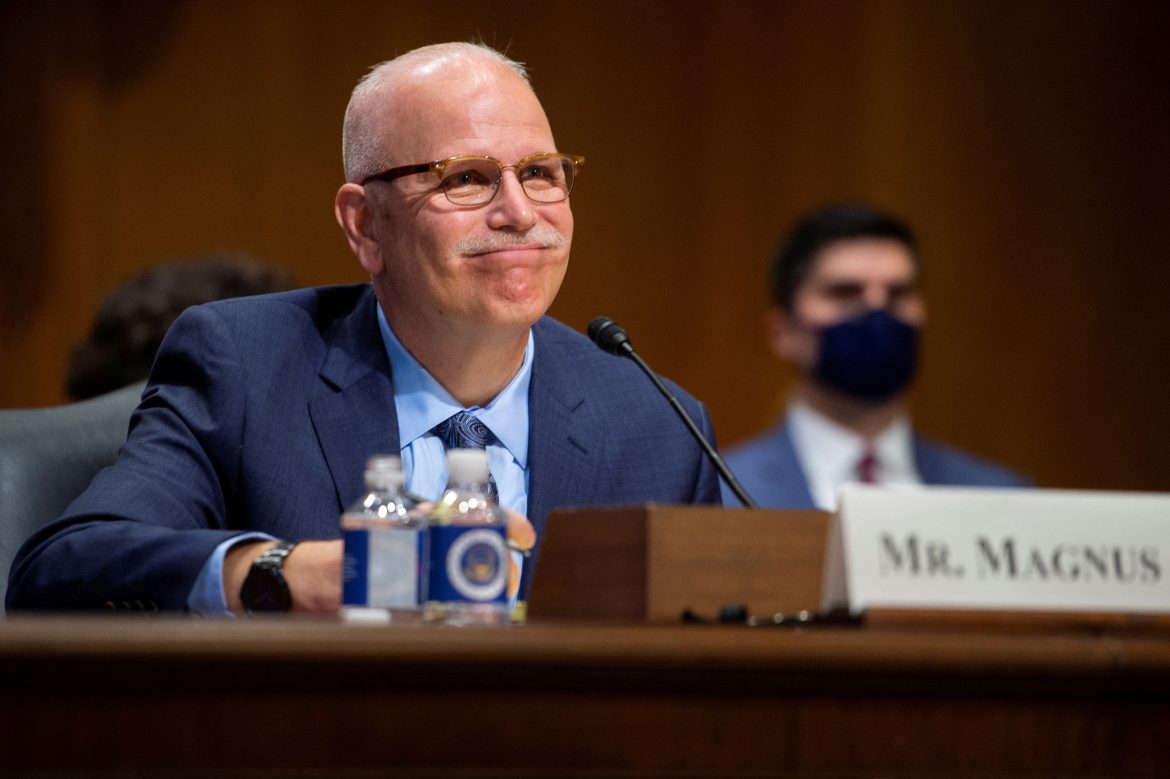 The top official from U.S. Customs and Border Patrol confirmed Friday that he has been presented with an option – quit or be fired.

Chris Magnus, who was appointed commissioner of the department in December 2021, told the Los Angeles Times that the option of voluntary or compulsory termination was presented to him by Secretary of Homeland Security Alejandro Mayorkas on Wednesday. He has refused to step down.

“I expressed to him that I felt there was no justification for me to resign when I still cared deeply about the work I was doing and felt that that work was focused on the things I was hired to do in the first place,” Magnus said in a statement to the two outlets.

Mayorkas appears to have soured on Magnus for two reasons. The more obvious is that under Mayorkas, and by extension President Joe Biden, encounters and arrests at the U.S. southern border have reached all-time highs.

Magnus was brought in to simultaneously reform Border Patrol (reform as defined by progressives) and also reign in the crisis.

However, according to the Times, Magnus has been described by at least one Biden administration official as “missing in action” on matters of immigration. The Times cited a second well-placed source who said Magnus has also been physically absent from key meetings.

The latter problem does not seem to be a matter of chronic absenteeism; it is connected to the second reason Mayorkas might have chosen to force Magnus out. The southern border has become a political albatross for the Biden administration, and someone is going to get the blame.

Republicans have been given a deep well from which to draw potent criticism at the Biden administration, who conservatives have labeled equal parts indifferent about and incapable of solving the border conundrum.

“The Biden Administration is the final component of the cartels’ deadly human trafficking apparatus,” Sen. Ted Cruz (R-Texas) tweeted Friday, along with the hashtag #BidenBorderCrisis.

The Biden Administration is the final component of the cartels’ deadly human trafficking apparatus.
#BidenBorderCrisis
https://t.co/yDjUhcaV9F

Mayorkas faces an ever slighter chance of being impeached by a Republican-led House.

While a poorer-than-expected showing by Republicans in Congressional races might yet spare Mayorkas of this fate – and even if he is impeached, he would likely be safe in the Senate – he is not necessarily safe from being forced out by his own boss should public sentiment about the border continue to trend downward.

Magnus would make a convenient fall guy if Biden begins looking for a scapegoat.

No matter the underlying rationale, Mayorkas has been keeping Magnus at arm’s length and has gone so far as to order the commissioner to miss some high-level meetings.

Earlier this week, Magnus violated such an order when he attended a meeting of ranking Border Patrol officers

“After me making extensive attempts to reach [Mayorkas] and discuss the matter, I went to the meeting so I could engage with the chiefs on various issues and concerns,” Magnus said.

Magnus’ tenure in the public eye has been odd from the start. During his confirmation hearing, he refused to use the word “crisis” when questioned about the situation at the border by Sen. Todd Young (R-Ind.).

A year later, Magnus still seems unwilling to use the word.

“When it comes to the border, I was never comfortable saying the border was secure, but I was part of an effort with many other people to make it as secure as possible with a focus on people and technology,” Magnus said in his Friday statement.

Biden’s decision to push for Magnus as commissioner was equally strange.

Magnus rose to prominence after having served from 2016-2020 as chief of police for Tucson, Arizona, a tenure highlighted by his defending of sanctuary cities and refusal to assist Border Patrol in capturing an escaped detainee.

A departure, whether forced or voluntary, will likely lead to questions about why Biden believed a person was best qualified to lead a department he previously showed no interest in helping.