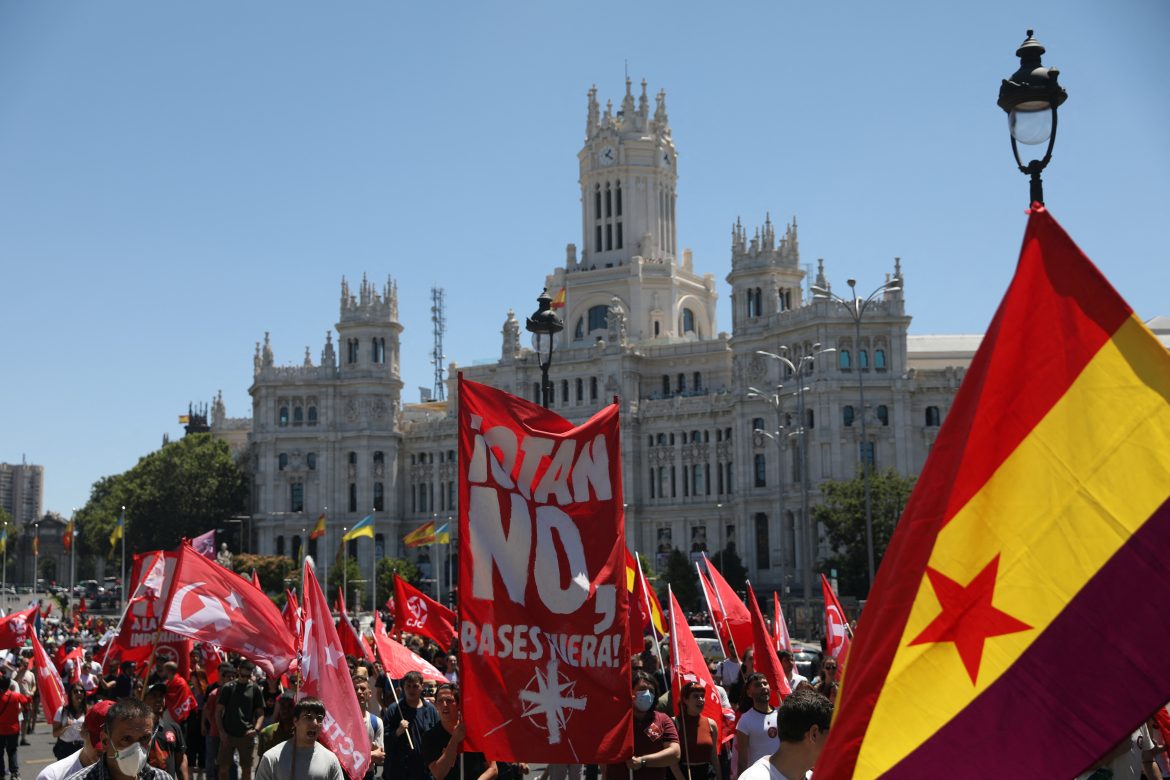 Carrying the hammer and sickle flags of the former Soviet Union, thousands protested in Madrid on Sunday against a NATO summit which will take place in the Spanish capital next week.

Amid tight security, leaders of the member countries will meet in Madrid between 29-30 June as the organization faces the unprecedented challenge of the Russian invasion of Ukraine.

NATO is expected to consider the bid, opposed by alliance-member Turkey, for Finland and Sweden to join.

The Nordic nations applied in the wake of the Russian assault on Ukraine. Russian President Vladimir Putin calls the war a special military operation he says in part responds to the accession to NATO of other countries near post-Soviet Russia’s borders since the 1990s.

“Tanks yes, but of beer with tapas,” sang demonstrators, who claimed an increase in defense spending in Europe urged by NATO was a threat to peace.

“I am fed up (with) this business of arms and killing people. The solution they propose is more arms and wars and we always pay for it. So, no NATO, no (army) bases, let the Americans go and leave us alone without wars and weapons,” said Concha Hoyos, a retired Madrid resident, told Reuters.

Another protester, Jaled, 29, said NATO was not the solution to the war in Ukraine.

Organizers claimed 5,000 people joined the march, but authorities in Madrid put the number at 2,200.

Spain’s Foreign Minister Jose Manuel Albares said in a newspaper interview published on Sunday that the summit would also focus on the threat from Europe’s southern flank in Africa, in which he said Russia posed a threat to Europe.

“The foreign ministers’ dinner on the 29th will be centered on the southern flank,” he told El Pais newspaper.