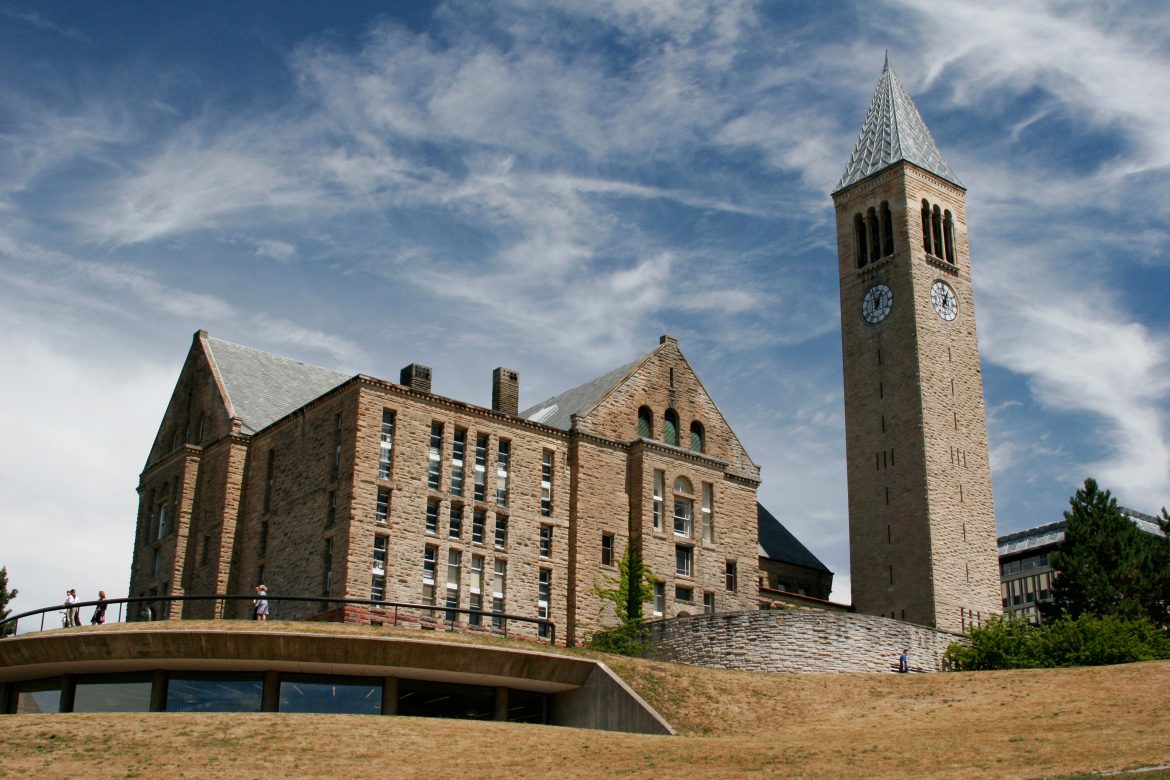 Cornell University removed a bust of President Abraham Lincoln and a plaque inscribed with his famous 1863 Gettysburg Address from its library, citing an unspecified “complaint,” as first reported by Fox News Digital.

Randy Wayne, a biology professor at the Ivy League school, said the decision to remove the items was made after “someone complained,” according to the higher education news website, College Fix.

Wayne said he noticed that the display had suddenly vanished from Cornell’s Kroch Library a few weeks ago. He asked librarians what happened and was told the bust and plaque were removed after someone had lodged a complaint. Wayne said he was given no further details.

The Koch Library is the site of Cornell’s Division of Rare and Manuscript Collections.

A member of Cornell’s communications team told Fox that the display was a “temporary exhibit.”

“President Lincoln’s bust was part of a temporary exhibit on the 150th anniversary of the Gettysburg Address. The bust was on display in the Rare and Manuscript Collections from 2013 to 2021,” Rebecca Valli, director of media relations at Cornell University, told Fox.

“Cornell proudly possesses one of five known copies of the Gettysburg Address in Lincoln’s hand. The original is safely sequestered, with a digital facsimile on permanent display. Additionally, five electronic Lincoln exhibitions are available for 24/7 viewing online,” she added.

Valli declined to respond to Fox’s request for comment on whether the display was taken down in response to a complaint.

Wayne reached out to Cornell’s President Martha Pollack on June 23 to ask if she could explain why the display had been removed, according to email correspondence reviewed by Fox. Pollack did not respond, but five days later, a staff member from her office replied to the query, advising Wayne that “President Pollack isn’t typically made aware of changes with exhibitions in the library, which I believe are decided upon by library staff.”

Wayne told Fox that he believes no one “has the whole story at this time” about the removal of the display but stressed how important the Gettysburg Address is to him and his students.

“When I take my students to RMC each semester, I have one of them read the original in Lincoln’s hand. I am in tears each time I hear a student read those words,” Wayne said.

“The Gettysburg Address is an incredible speech,” he noted in comments to the College Fix. “We have a handwritten copy in Lincoln’s hand. It is known as the Bancroft Copy. It comes with an envelope signed by Lincoln (using his franking privilege), and a letter to Bancroft, thanking him for requesting a copy of the address to put in a book to be sold for charity.”

Lincoln is among several historic American figures targeted by Antifa and BLM activists following the death of George Floyd in 2020. Activists in Washington, D.C. demanded the removal of a statue of Lincoln freeing a slave, claiming its depiction of the slave in a loincloth, kneeling at Lincoln’s feet was demeaning – despite the fact that emancipated slaves helped fund the statue. A replica of the statue displayed in Boston was successfully removed in 2020 on the same grounds.

Activists and far-left progressives have been vocally aggressive in their claims that America’s history is steeped in systemic racism and oppression, resulting in a cross-country wave of often successful attempts to blot out historic and once-revered figures. Since 2020, activists have succeeded in tearing down plaques and statues, removing the names of former presidents from schools, and altering school curriculum to advance the ideology of America’s inherent racism.

It is unclear at this time what Cornell has done with the Lincoln bust and the bronzed plaque of his historic Civil War speech. An image provided to Fox by Wayne shows an empty wall and display case in Koch Library where students and faculty could once view and ponder the items once revered as symbols of American liberty, unity, and democracy.