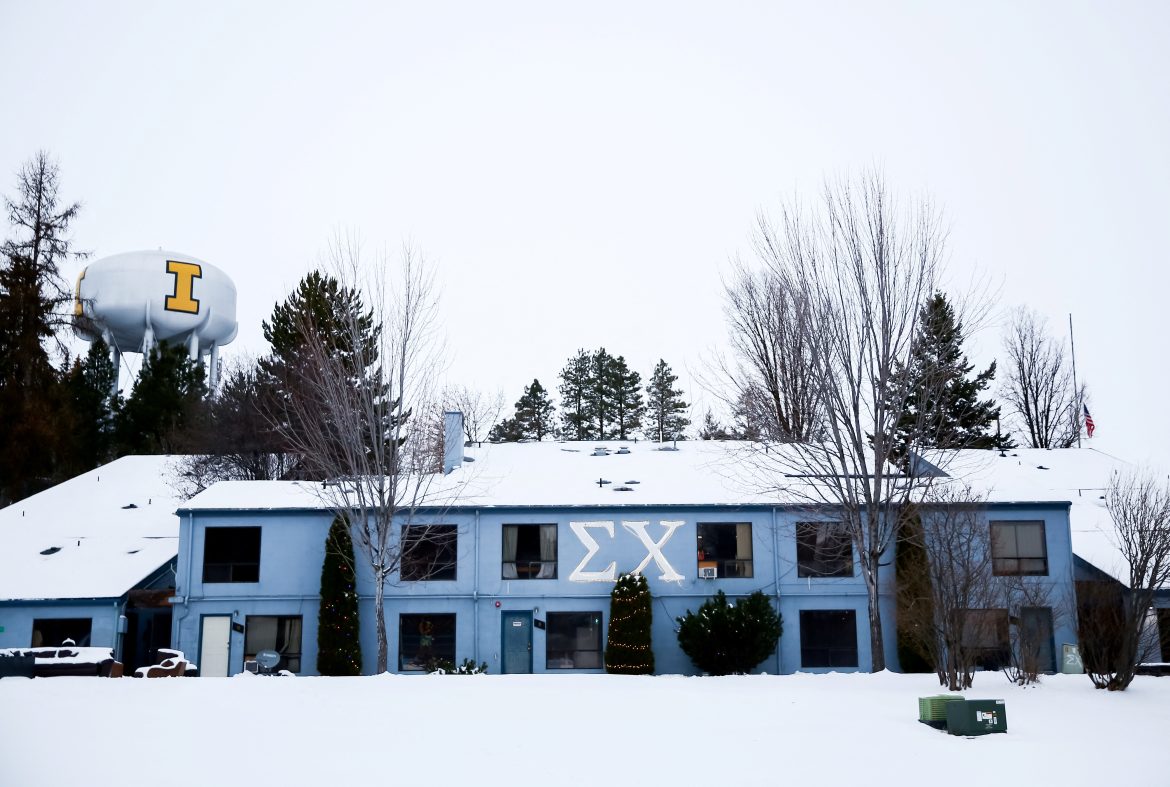 Police think they’ve identified the man responsible for the murder of four college students, a case that has both captivated and frustrated a nation since mid-November.

Kohberger has been charged with first-degree murder in connection with the stabbing deaths of four University of Idaho Students – Ethan Chapin, 20, of Conway, Washington; Xana Kernodle, 20, of Avondale, Arizona; Madison Mogen, 21, of Coeur d’Alene, Idaho; and Kaylee Goncalves, 21, of Rathdrum, Idaho – in the college town of Moscow, Idaho, on Nov. 13.

On Twitter, NewsNation journalist Brian Entin shared a video of the location at which Kohberger was arrested.

The house where Bryan Kohberger was arrested is in a very dark gated community in Monroe County, Pennsylvania. The front door has duct tape covering where it looks like a window was broken out. You can see it at the end of the video. pic.twitter.com/FrZHM0gAqU

Kohberger – who is seeking an advanced criminology degree at Washington State University, according to information provided by the university – appears to have been staying at his parents’ home.

While Washington State and the University of Idaho are located in different states, the campuses are less than 15 minutes drive from one another.

Officers in Washington enacted a search warrant at a residence believed to be where Kohberger lived during the semester.

Even with an arrest, though, the investigation is far from over.

“This is not the end of this investigation. In fact, it is a new beginning,” Latah County, Idaho, prosecutor Bill Thompson said during a press conference. “You all now know the name of the person who has been charged with these offenses, please get that information out there, please ask the public, anyone who knows about this individual, to come forward.”

ABC News, citing law enforcement sources, said that investigators used DNA to link Kohberger to the crimes. CNN, in a more robust recounting, reports the FBI had surveilled Kohberger for some time.

Police had also been pouring over thousands of potential matches for a white car, believed to be a 2011-13 Hyundai Elantra. Per the CNN report, Kohberger drove a white Elantra to his parents’ home around Christmas.

At a press conference, Moscow Police Chief James Fry confirmed investigators had located an Elantra. Fry did not say if police were eyeing any other suspects, but stated he believed the community was safe.

Idaho Sen. Mike Crapo celebrated the news of an arrest.

“It is welcome news a suspect is in custody related to the murder of Idaho students Kaylee, Madison, Xana & Ethan,” Crapo tweeted. “I continue to pray for their families & friends following this unthinkable tragedy.

“I thank Idaho law enforcement for their commitment to bringing justice to the perpetrator of this senseless act of violence, & their integrity in conducting their investigation in a careful manner despite immense amounts of public pressure. May justice be served quickly.”

I thank Idaho law enforcement for their commitment to bringing justice to the perpetrator of this senseless act of violence, & their integrity in conducting their investigation in a careful manner despite immense amounts of public pressure. May justice be served quickly.

Crapo’s words are in stark contrast to those of Steven Goncalves, father of Kaylee, who Fox News reported had called police “cowards” and questioned their handling of what became quite the lengthy investigation.

Goncalves’ primary complaint was that investigators were being too secretive about who they sought, a person Goncalves attested was likely a “sadistic male” based on the nature of the stab wounds.

Police have long called the murders “targeted” attacks, but it remains unclear if Kohlberger knew any of the victims.

Kohberger was arraigned in Pennsylvania Friday and has been denied bond while he awaits an extradition hearing Tuesday. He will face the choice of agreeing to return to Idaho voluntarily or forcing the state to formally request his transfer from Pennsylvania.

Exclusive-Drugmakers to raise prices on at least 350 drugs in U.S. in January