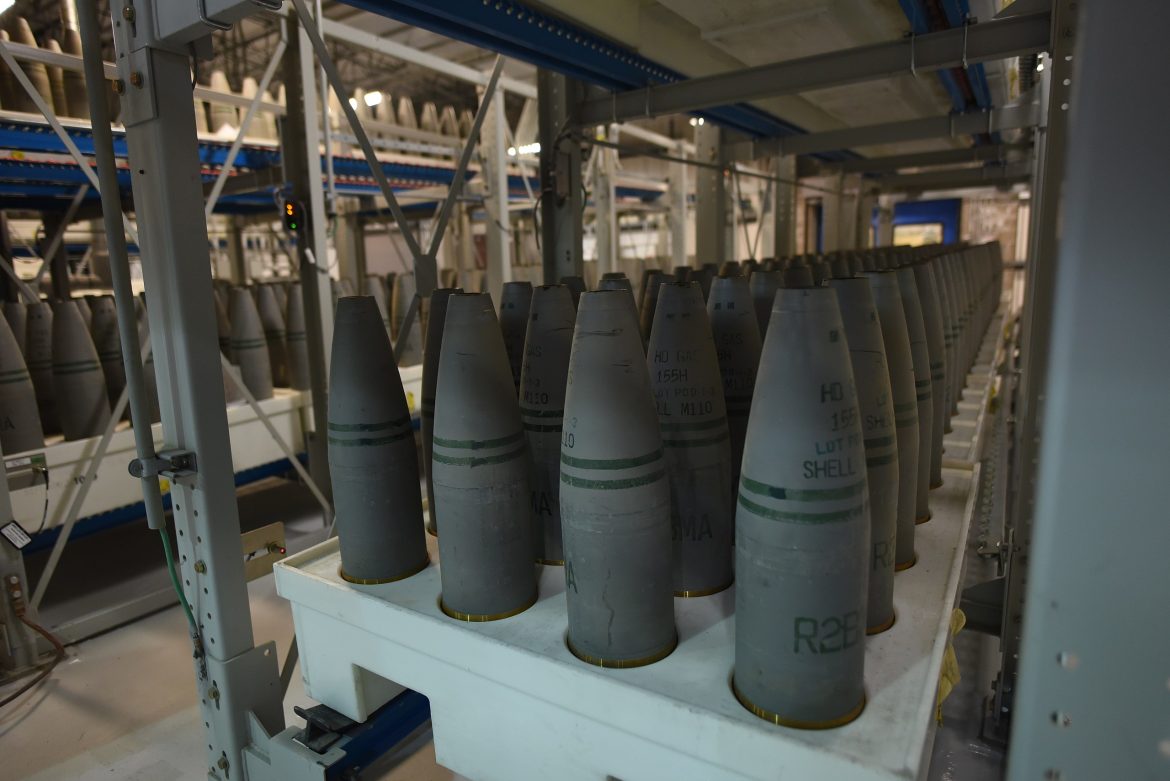 The ability of U.S. military contractors to replenish stockpiles has led to concerns that an artillery ammunition crisis is coming.

Earlier this month, the Center for Strategic and International Studies (CSIS), published a report questioning if U.S. munitions inventories were getting too low as massive amounts of supplies are transferred to Ukraine.

“Most inventories, though not all, will take many years to replace. For most items, there are workarounds, but there may be a crisis brewing over artillery ammunition,” the report warned.

CSIS notes that, so far, the U.S. has supplied 1 million rounds of 155 mm munitions and more than 5,000 rounds of specialty rounds like the precision-guided Excaliburs. The U.S. has also supplied over 8,500 anti-tank Javelin missiles, 20 HIMARS, and an unknown number of GMLRS. The older Stinger missiles represent even more unknown variables in the CSIS analysis, including production time.

For these inventories, CSIS identified that four of these areas are unlikely to rebuild the inventory quantity within five years. The HIMARS is the only system greenlit in the analysis to be rebuilt within this time limit, while the replacement ability of GMLRS remains unknown due to unclear production timelines.

So far, Pentagon is adamant that the military’s readiness to defend the U.S. has not been compromised. While CSIS agrees that there are “workarounds” to munitions, the main concern remains that the war in Ukraine — which began on Feb. 24, 2022 — will continue to draw from stockpiles as long as the U.S. does not limit the amount supplied.

“Look, we’ve been clear and the President has been consistent: We’re going to continue to support Ukraine for as long as it takes to defend itself, to defend its sovereignty, and to defend its territorial integrity,” U.S. National Security Council Coordinator spokesman John Kirby said on Friday.

When asked how long that would be, Kirby said that only Ukrainian President Volodymyr Zelenskyy can “determine what victory looks like.” In the meantime, the U.S. will continue supplying them.

However, CSIS is not alone in voicing concerns over the rate at which the U.S. can backfill its munition stockpile. CNN reported that Defense Department officials are also debating the seriousness of the problem, which one senior official believes is a subjective problem based on the risk the Pentagon is willing to take on to continue supporting Ukraine.

As part of the quest to keep Ukraine supplied, the U.S. has leaned on stockpiles outside of national boundaries. Just a few days ago, the Korea JoongAng Daily shared that a U.S. Forces Korea spokeswoman said that they were sending equipment to Ukraine but readiness or capabilities to protect Americans abroad would not be impacted by the move.

Similarly, the U.S. has pulled from its arms stockpiled in Israel in recent days. This has impacted foreign relations as Israel is a U.S.-ally that has so far remained neutral on supporting Ukraine with military weapons.