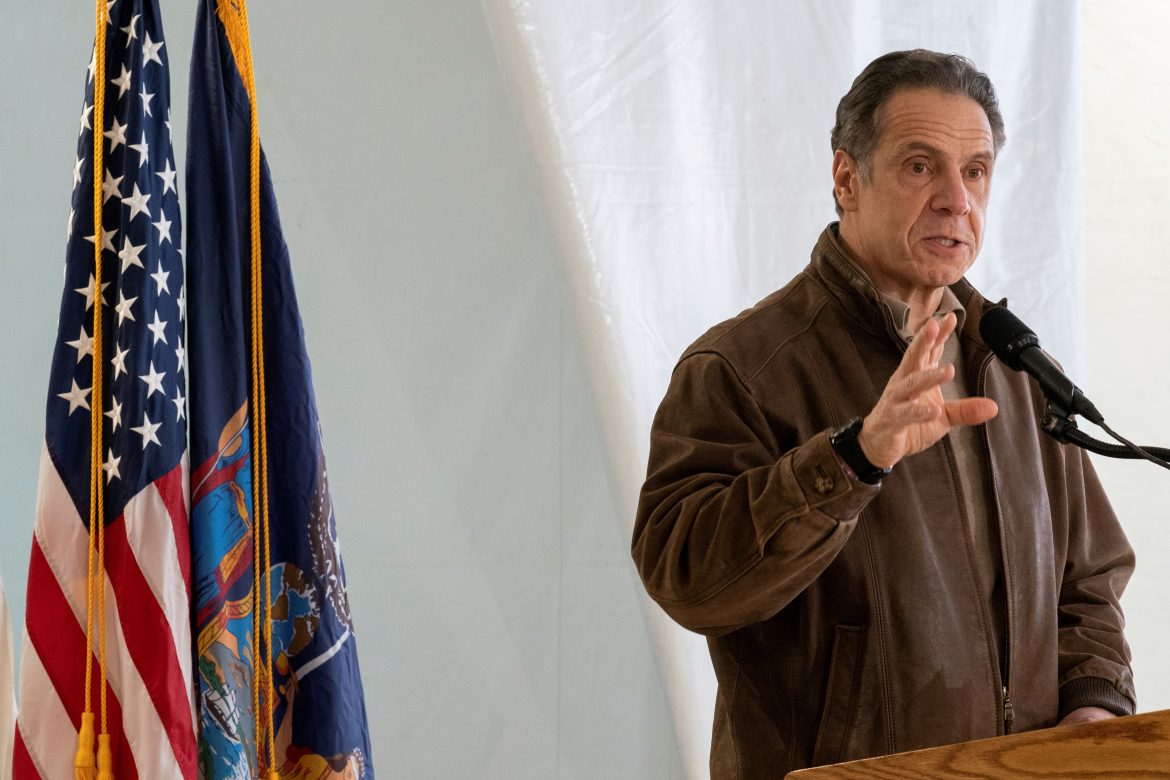 A political storm is brewing for New York Governor Andrew Cuomo, as state politicians on both side of the aisle are attacking the governor for his handling of coronavirus deaths in nursing homes and his subsequent attempt to cover up the numbers to avoid prosecution from a Justice Department inquiry. Cuomo never told New York legislators about the DOJ’s investigation, prompting calls to strip the governor of pandemic related executive powers.

During a press conference earlier this week, Cuomo tried to pass blame onto his staff for failing to properly inform lawmakers of the inquiry, calling the situation “a breakdown in communication between the staff and members of the legislature.” At the same time, the governor shifted blame for the high rate of nursing home deaths to those working in the homes during the pandemic, dodging responsibility for his policy which sent COVID-19 positive patients back to nursing homes.

In a letter to their fellow assembly members, nine Democrats accused the governor of trying  “to circumvent a United States Department of Justice probe,” and kept legislators in the dark “despite a joint hearing held by the State Legislature last August in which representatives of the Cuomo administration were compelled to testify and answer crucial questions to our body.” Despite anger among some Democrats in the State Assembly, there are still not enough votes among their ranks to form a majority with Republicans, according to reports.

Meanwhile in the Senate, Republicans are urging Democrats to join them in voting to remove Cuomo’s executive powers, which expire in April. So far, fourteen Democrats have teamed with Republicans in this effort, giving them a majority vote. Despite this, Senate Majority Leader Andrea Stewart Cousins does not appear to be backing the action.

Crucial information should never be withheld from entities that are empowered to pursue oversight. This was always about getting the truth and allowing information to guide our response. That is why we had multiple hearings and another hearing scheduled for this month.  And why we requested this information in the first place. Politics should not be part of this tragic pandemic and our responses to it must be led by policy, not politics. As always, we will be discussing next steps as a conference.

Governor Andrew Cuomo is up for reelection in 2022, and the coronavirus scandal is sure to haunt him in the primaries.

He should be in jail until convicted of the crimes on the elderly in NYC.