Cure for binge eating could lie in implanted brain device 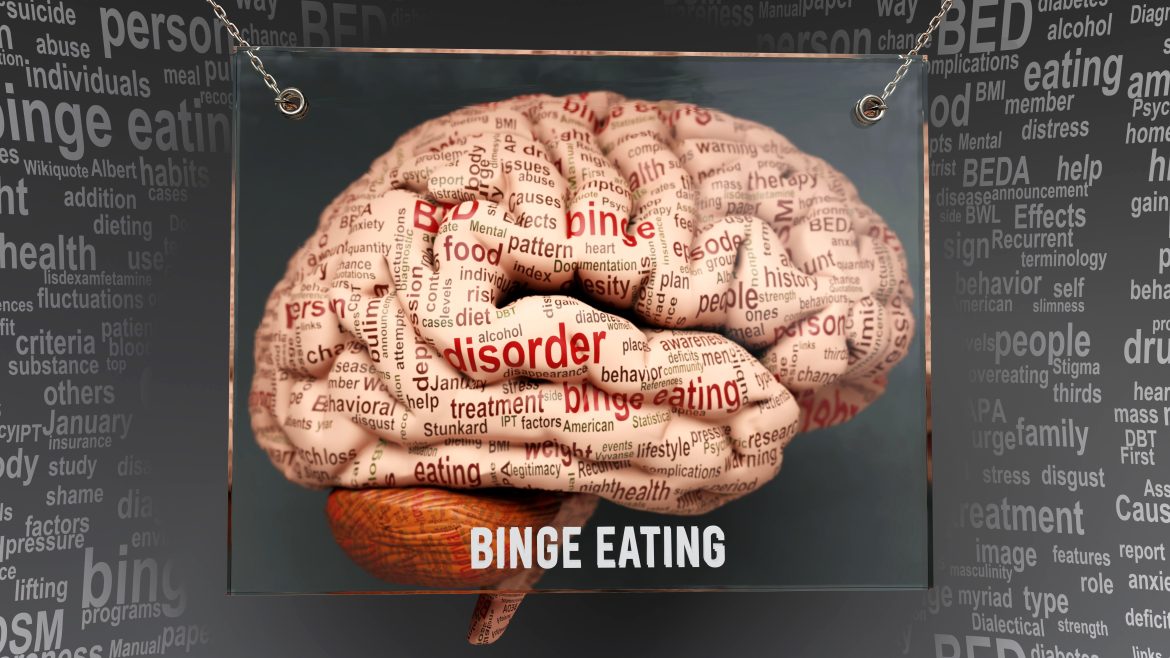 A promising new study is providing hope for people suffering from binge eating disorder (BED), the most common eating disorder in the United States.  It is even more common than breast cancer.

In some cases, the amount of stimulation is controlled by a device similar to a pacemaker that’s placed under the skin of your upper chest. A wire that travels under your skin connects the device to the electrodes in your brain.

In this particular case, the two patients took part in a small pilot study over six months that involved having the device surgically placed beneath the scalp with wires running through the skull to each hemisphere of the brain.

Deep brain stimulation has been approved for use by the Food and Drug Administration to reduce seizures in difficult-to-treat epilepsy and is an established treatment for people with Parkinson’s disease and dystonia, as well as psychiatric conditions like obsessive-compulsive disorder (OCD).

According to the study, both patients were severely obese and underwent bariatric surgery to no avail. Prior to the study, they tried numerous other weight-loss strategies, including exercise, dieting, support groups, and medication, to no avail. But with the implanted device both women lost weight, and one of the patients improved so much that she no longer met the criteria for BED.

So far neither patient appears to have significant adverse side effects.

The study was led by investigators at the University of Pennsylvania’s Perelman School of Medicine.

“This was an early feasibility study in which we were primarily assessing safety, but certainly the robust clinical benefits these patients reported to us are really impressive and exciting,” Dr. Casey Halpern, the study’s senior author, said in a news release.

Researchers noted that during the study both patients lost more than 11 pounds and reported “sharp reductions” in their feelings of loss of control and in the frequency of their bingeing episodes.

One promising part of the study noted both patients “reported making healthier choices around food and having interest in being more physically active, although neither patient enrolled in any regular exercise or diet program during this 6-month follow-up.”

“This was a beautiful demonstration of how translational science can work in the best of cases,” said Dr. Camarin Rolle, one of the lead authors of the study.

BED is now recognized as an official diagnosis and affects almost 2% of people worldwide. This study is so promising not just because it seeks to address BED specifically, but because BED can also lead to additional health issues like high cholesterol and diabetes.

It’s also important to understand that eating disorders aren’t just about food, which is why they’re recognized as psychiatric disorders. Research shows people typically develop them as a way of dealing with a deeper issue or another psychological condition, such as anxiety or depression.

Symptoms of BED are fairly easy to detect and can be found in people eating a lot of food in a short amount of time, even if they aren’t hungry. Emotional stress has been found to trigger a period of binge eating, which initially leads a person to feel a sense of release or relief, but ultimately ends with feelings of shame or loss of control.

Scientists have continued to follow the subjects and are now enrolling new patients in a larger study. They said the same treatment approach could be used for other loss-of-control-related disorders, including bulimia.