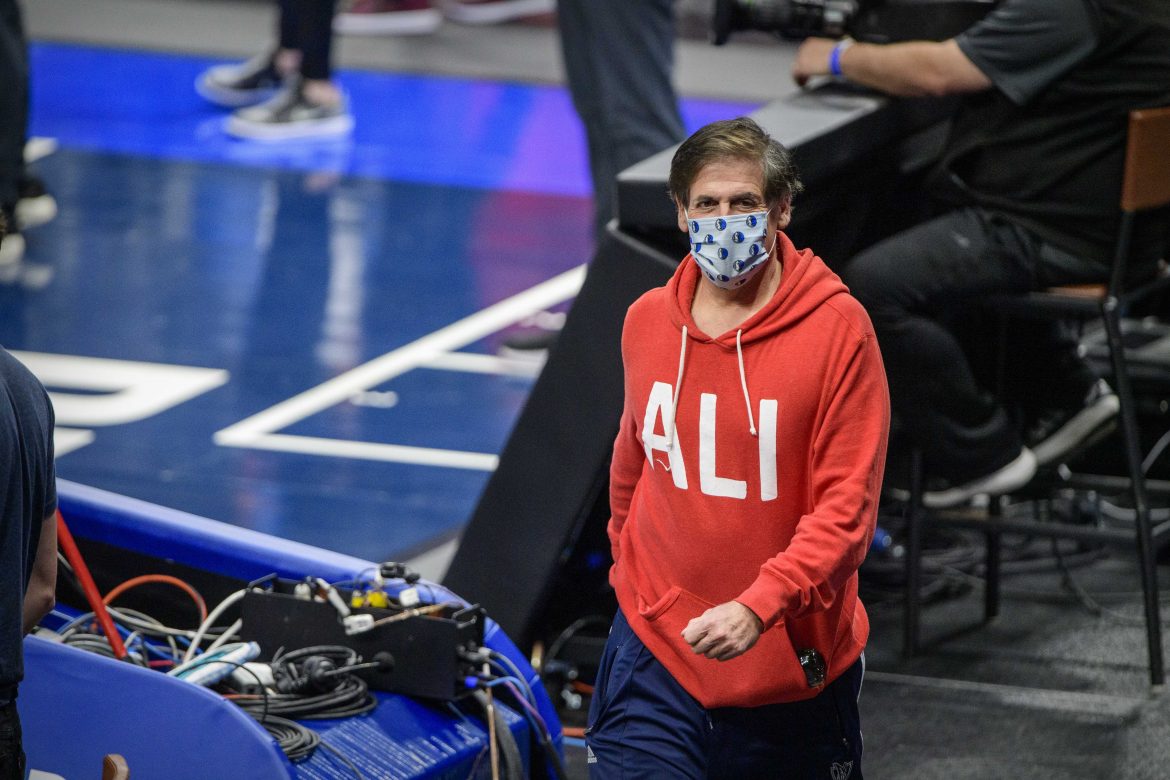 Liberal wokism continues to dominate the world of sports, especially in the National Basketball Association.  On Tuesday, celebrity and billionaire Mark Cuban, owner of the Dallas Mavericks, made a statement declaring the National Anthem will no longer be played at the beginning of Mavericks home games.  Cuban, who has supported NBA players kneeling during the national anthem to protest racial injustice, has now decided to simply do away with it altogether.

Cuban instituted the ban at the start of the NBA regular season in December 2020 but said very little about it at the time, as fans were still prevented from attending due to the COVID-19 pandemic.  Now, as fans begin to return to Mavericks home games at limited capacity, Cuban said the ban will remain.  Evidently, he made good on his word on Monday night as the Mavericks hosted the Minnesota Timberwolves.  Fans returned to the American Airlines Center for the first time in almost a year and did not sing “The Star Spangled Banner” before the game.

According to the NBA rulebook, all players must stand at attention for the national anthem.  The NBA reiterated this rule with a statement on Wednesday, requiring that all teams play the national anthem before each game.  Cuban responded with a statement of his own later that day, claiming he and the Mavericks organization “have respected the passion people have for the anthem and our country” and he has “always stood for them anthem….But we also need to hear the voices of those who do not feel the anthem respects them.”

As of Wednesday night, the Mavericks plan to go against the NBA’s ruling and forgo the national anthem.  FISM News will have more on this story as it unfolds.

So it looks like Rick Carlisle is officially going to be the next coach for the Indiana Pacers. I guess his days working with the Dallas Mavericks is over. Rick has said he wants Jason Kidd to replace him. I think Jason will make a good coach for the Mavericks as well.