Damar Hamlin discharged from Buffalo hospital, will rehab at home 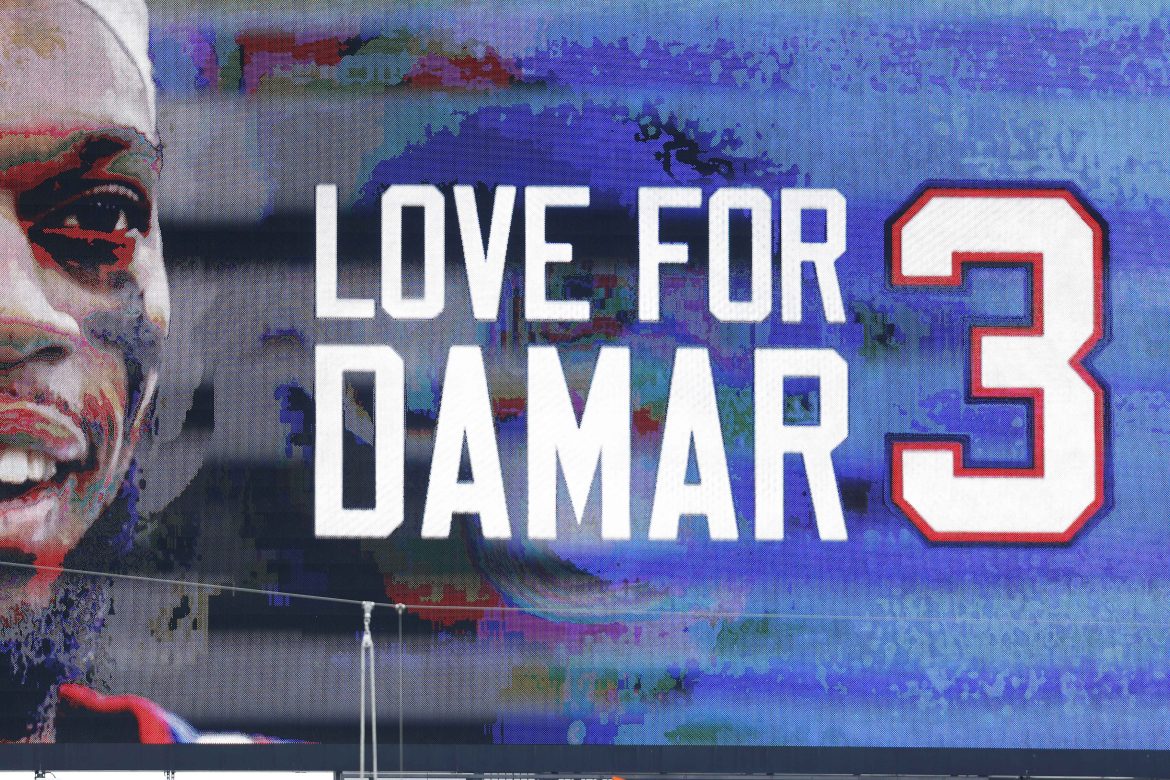 Buffalo Bills safety Damar Hamlin has been discharged from the hospital nine days after suffering cardiac arrest during an NFL game and will continue his rehabilitation at home, the team said on Wednesday.

Hamlin, 24, who was transferred to a Buffalo hospital on Monday after a week at the University of Cincinnati Medical Center, went through a comprehensive medical evaluation and series of cardiac, neurological and vascular testing on Tuesday, doctors said.

“We have completed a series of tests and evaluations, and in consultation with the team physicians, we are confident that Damar can be safely discharged to continue his rehabilitation at home and with the Bills,” Dr. Jamie Nadler, the care team leader for Hamlin at Buffalo General Medical Center, said in a statement released by the Bills.

Hamlin collapsed during a Jan. 2 game against the Cincinnati Bengals moments after making a tackle and had to have his heartbeat restored on the field as stunned players from both teams cried, prayed, and hugged. The game was postponed and later canceled.

Hamlin, who had been sedated and placed on a ventilator in critical condition, quickly made remarkable strides in his recovery. Hamlin had the breathing tube removed last Friday and was able to walk around the Cincinnati hospital, and he watched his team win its regular-season finale from his hospital bed, live-tweeting throughout the game.

Word of his discharge was welcome news to the Bills.

“We’re obviously grateful first and foremost that he’s home and with his parents and his brother, which is great,” Bills head coach Sean McDermott told reporters.

“I’m sure it’s felt like a long time since he’s been able to be home naturally there, and I’m sure it’s a great feeling.”

McDermott also said the Bills would leave it up to Hamlin as to when he returns to the team’s facility.

“His health is first and foremost on our mind as far as his situation goes, and then when he feels ready, we’ll welcome him back,” added McDermott.

After the frightening scene of Hamlin receiving life-saving CPR on the field played out on national television, he received an outpouring of public support, including through a toy drive that he set up in 2020 that had an initial goal of raising $2,500 and has now racked up nearly $9 million in donations.

NFL teams also showed their support for the second-year NFL player. Members of all teams donned Hamlin-inspired apparel at games over the weekend and other expressions of love and support for him took place at various stadiums.

At Buffalo’s game against division rival New England on Sunday, the focus was all on Hamlin, and Bills players wore “3” patches on their uniforms in honor of Hamlin‘s jersey number.

Hamlin spent his rookie season limited to playing special teams roles but was thrust into Buffalo’s starting lineup last September after an injury to a teammate. He finished third on the team with 91 tackles in 15 games this season.