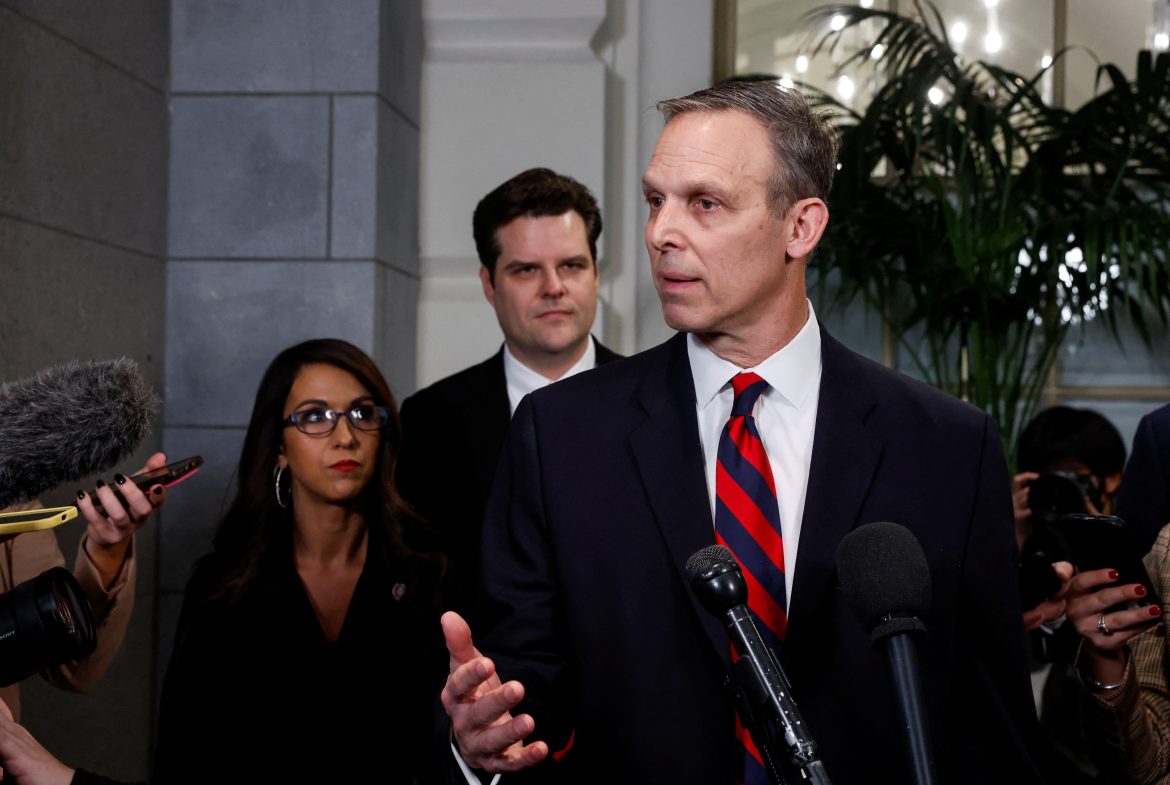 (Update: At least 20 Republicans voted for either Byron Donalds or Kevin Hern (Rep.-Okla.) in the 10th round of voting, as of 5:50 p.m. ET, meaning McCarthy and all challengers will once again fall short of the 218 votes needed to secure the speakership.)

Two days, ten votes, and countless House floor and closed-door negotiations have so far failed to yield a victory for Kevin McCarthy in his quest to become House speaker as divisions within the GOP threaten to derail the party’s ambitious agenda leading into the critical 2024 election.

Growing frustration between and among McCarthy’s supporters and detractors was palpable throughout Wednesday’s spectacle, as the 20 members of the McCarthy resistance group dug in their heels and flocked to cast their ballots for Rep. Byron Donalds (R-Fla.) in early voting Thursday. By the tenth vote, at least seven Republicans had cast their vote for Hern, rather than Donalds.

During the seventh round of voting, Rep. Matt Gaetz (R.-Fla.) stood to cast his vote for a candidate whose name had appeared on social media as a potential candidate but had until that point not received an actual vote.

“Donald John Trump,” Gaetz said before sitting down next to the bewildered grin and stare of Republican Marjorie Taylor Greene, who has broken ranks with many of her fellow Freedom Caucus members and vocally supported McCarthy as speaker.

Notably, no law requires that the Speaker of the House be a sitting, elected member of the House. It would, however, be an unprecedented achievement even in the eyes and minds of Trump or Gaetz for Trump to win the election. It was more likely a show of support for the former president and a tongue-in-cheek sign that even Trump’s endorsement of McCarthy will not dissuade the Florida congressman from his fight to keep McCarthy from taking the reigns without major rule changes.

The group of dissenting Reprepublicans, referred to by some as “The Rebels”, nominated second-term congressman Donalds following Tuesday’s aborted attempt to present Jim Jordan as a McCarthy alternative after the Ohio Rep., who backs McCarthy, made clear that he had zero interest in the job. Rep. Victoria Spartz (R-Ind.) voted “present” in the last two ballots.

Rep. Cori Bush (D-Mo.) accused Republicans of using Donalds, who is black, as a “prop” to perpetuate “white supremacy.”

“[For what it’s worth], @ByronDonalds is not a historic candidate for Speaker. He is a prop. Despite being Black, he supports a policy agenda intent on upholding and perpetuating white supremacy,” she tweeted Wednesday. “His name being in the mix is not progress — it’s pathetic,” Bush added.

At some point between Ballots 5 and 6, a handful of members from both camps began to express cautious optimism that talks had begun to show signs of progress.

“We’re having ongoing conversations; they’ve actually been more productive in the last two hours than they’ve been in a long time,” Rep. Chip Roy (R-Texas), one of McCarthy’s detractors, told reporters ahead of the sixth ballot, The Hill reported.

Rep. Andy Biggs (R-Ariz.), who ran against McCarthy for the Speaker nomination, agreed that progress has been made but said it isn’t moving toward McCarthy.

“I’m feeling progress is going to go our way,” he declared.

Rep. Marjorie Taylor Greene (R-Ga.), a former McCarthy critic who supports his speakership bid, said that she had witnessed clear “signs of progress” in ongoing talks.

“I don’t want to say anything; I’d rather see it happen. But there are a lot of conversations happening, which is part of this,” Greene said, according to The Hill report. “We need more time to have those conversations.”

McCarthy made additional concessions late Wednesday in an effort to end the stalemate, including coveted seats on the powerful House Rules Committee and a promise to bring votes on term limits and border security legislation to the House floor, according to a CNN report.

Rep. Ralph Norman (R-S.C.), who has been highly critical of McCarthy’s legislative record on government spending, appeared to be unmoved by the latest olive branch.

“It’s not about any committee seats,” he said. “I want to get this country on a financial solvency path.”

The House reconvenes today at noon ET to start the process all over again.

Amid the drama playing out on the right side of the aisle, one GOP House member managed to create a brief but noteworthy kerfuffle on the left.

As Kat Cammack (R-Fla.) approached the podium to nominate McCarthy for the sixth vote, she used the opportunity to take a swipe at her Democratic colleagues over their behavior throughout the proceedings.

“Diversity of thought is a good thing. It’s one of the things that sets us apart from our friends on the other side of the aisle,” Cammack began. “But they want us divided. They want us to fight each other. That has been made [clear] by the popcorn and blankets and alcohol and blankets that is coming over there,” she continued, prompting shouts from Democrats demanding that her comments be stricken from the record.

“The House is not in order,” Cammack said with a smile amid the dust-up she created.

Several Democrats have posted pictures of themselves on social media with bags of popcorn as they mocked the Republicans’ failure to come to a consensus.

“We are breaking the popcorn out in the Dem Caucus till the Republicans get their act together,” Rep. Ruben Gallego (D-Ariz.) tweeted on Tuesday.

Congressman Ted Lieu (D-Calif.) posted a photo of himself holding a paper bag filled with popcorn captioned: “About to go to the House floor.”

Prior to Cammack’s jab, Rep. Mike Gallagher (R-Wis.) also referenced the tweets when he rose to nominate McCarthy in an earlier vote Wednesday.

“There’s headlines about the chaos. This and that. Yesterday our colleagues on the other side of the aisle were tweeting their bags of popcorn that they had out. They love it. The schadenfreude is palpable,” Gallagher said.

Unlike their Republican colleagues, Democrats have remained united in their support for Hakeem Jeffries (D-N.Y.) on each of the six ballots, though he is unlikely to harness the votes needed to become the next speaker.

Biden may visit US-Mexico border for first time as president