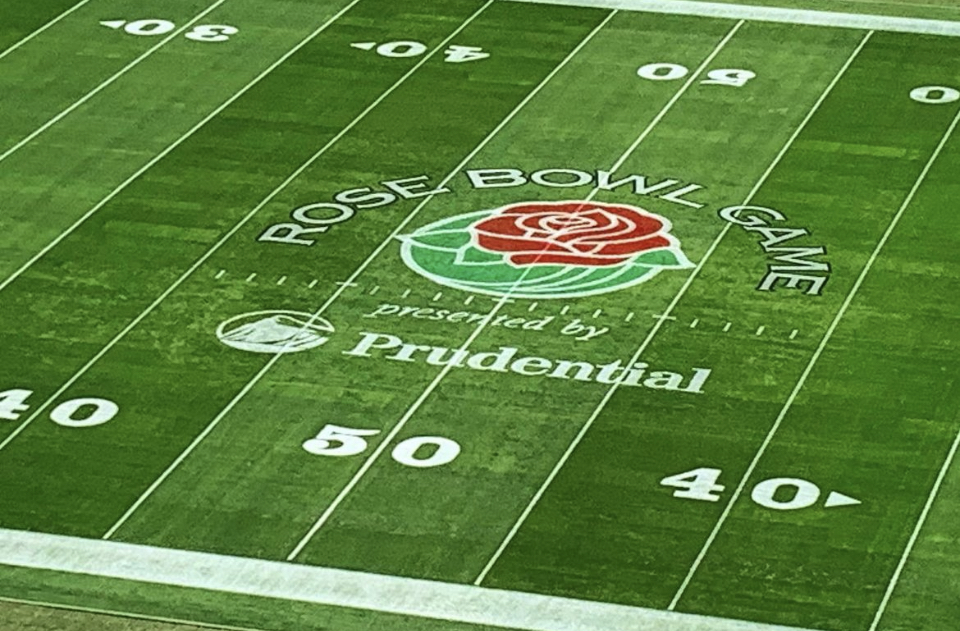 A combination of the spreading out of premier games and New Year’s Day falling on a Sunday have made this year’s version of college football’s biggest day a bit less robust than usual, but fans of New Year’s Day bowl games still have some exciting options.

In truth, there will be no games played on New Year’s Day proper. The first day of 2023 landed on a Sunday this year and, in keeping with bowl tradition – as well as the logic of not wanting to go head-to-head with the NFL – games that would normally be played on Jan. 1, will now take place on Jan. 2.

But that collection – just four contests, all of which will be broadcast on a Disney-owned network – will be scant by comparison to most years.

The first contest of the day kicks off at noon Eastern on ESPN2 with Mississippi State of the SEC taking on Illinois of the Big 10 in the ReliaQuest Bowl in Tampa.

If the name of that contest sounds unfamiliar, it is because this is the first year that the bowl has borne the name of a new title sponsor.

Longtime sports fans are more likely to know this as the game formerly known as the Outback Bowl. Fans who have particularly good memories might even recall a time when the contest was known as the Hall of Fame Bowl.

This will be one of the more emotional bowls of the season as Mississippi State will play its first game since the death of coach Mike Leach, who succumbed to complications related to a heart condition in mid-December.

Illinois, which spent many seasons as a perennial doormat for conference and non-conference foes alike, has a matching 8-4 record and will look to continue its return to relevance under second-year coach Bret Bielema.

About an hour after the ReliaQuest Bowl begins, the more familiar Citrus Bowl, which will be broadcast on ABC, will kick off in Orlando.

The contest will feature an 8-4 LSU team that has proven capable of defeating powerhouse Alabama and also of losing convincingly to a flailing Texas A&M. The Tigers’ opponent will be 8-5 Purdue, a team that recently lost to Michigan in the Big 10 championship game then lost coach Jeff Brohm to Louisville.

The Cotton Bowl, which emanates from Dallas and has been played since 1935, will feature Heisman Trophy winner Caleb Williams and the USC Trojans taking on the surprising Tulane Green Wave of the American Athletic Conference.

Despite the teams’ matching 11-2 records, USC figures to be a heavy favorite. Tulane, a private school located in New Orleans, has played a far less grueling schedule and is miles behind USC in terms of recruiting and talent.

However, fans of Cinderella stories will have a hard time finding a more deserving underdog than the Green Wave. Tulane has a decades-long history of mediocrity and last year was just 2-10.

The last time Tulane posted double-digit wins was 1998, when Tommy Bowden was the coach and the team was in Conference USA. In the intervening years, the most wins in a season for the Green Wave was eight and the team finished with a winning record just five times.

This marks the most prestigious bowl game appearance for Tulane since the 1939 Sugar Bowl.

In the day’s main event, a pair of big-conference standouts will duke it out in the Rose Bowl Game when Penn State of the Big 10 takes on Utah of the Pac-12.

The Rose Bowl Game, which dates to 1902 and is played in Pasadena, California, is the college bowl game most tied to tradition, and an old-school clash between the Big 10 and Pac-12 is about as Rose Bowl as one can get.

Penn State enters the game with a 10-2 record, having won five of its last six contests. Utah, at 10-3, has one more loss on the season but boasts two marquee wins over USC, once in the regular season and again in the Pac-12 championship.

Both teams will rely on the play of their impressive quarterbacks.

For the Utes, that will be Cam Rising, a junior who can boast of being the only person in America to have quarterbacked a team to victory over the reigning Heisman Trophy winner this season.

Rising is also just 71 yards shy of 3,000 passing yards for the season.

Nittany Lions sixth-year senior Sean Clifford will look to put a bow on a sterling college career in which he passed for more than 2,500 yards in three seasons.

While the NCAA and bowl games are both secular institutions, the fact that contests are being moved from Sunday to Monday has its roots in a time when church life played a more central role in American society.

Even if today’s college football avoids Sundays to dodge the NFL behemoth, the tradition of bowl games not occurring on Sundays predates the birth of bowls altogether.

In 1893, the organizers of the Tournament of Roses, which later gave the world the Rose Bowl, moved their now-world-famous parade to a Monday to avoid inconveniencing both parade attendees and the myriad of church-goers who flooded the city each Sunday.