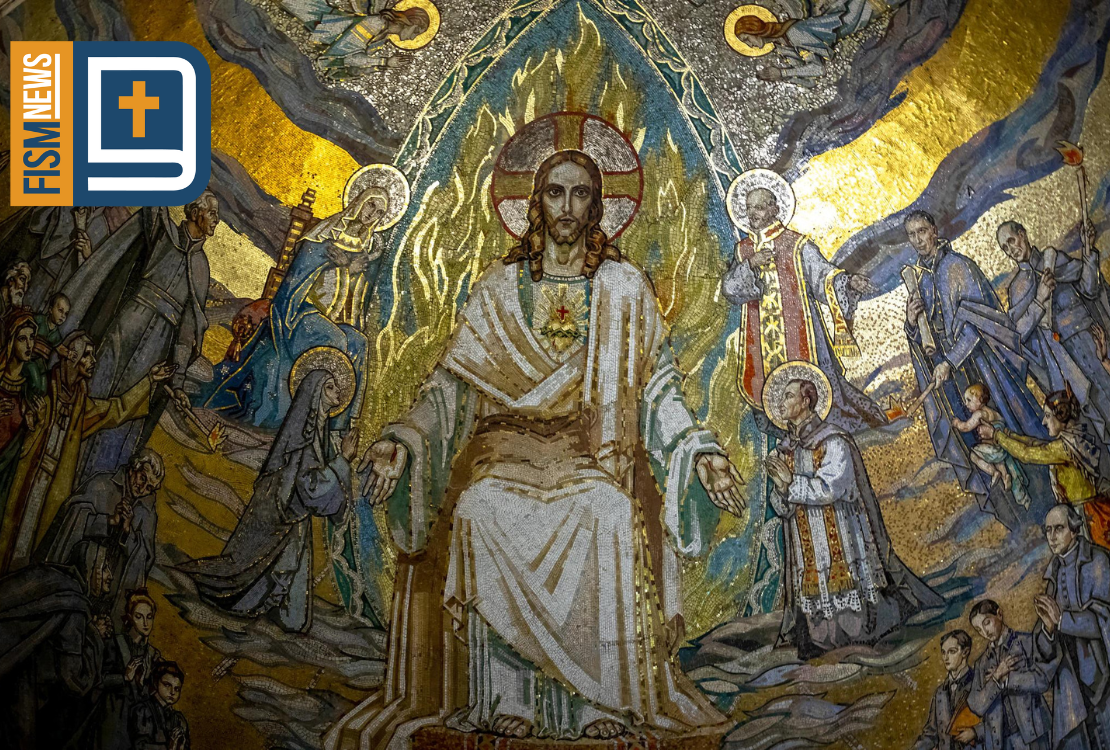 As Christians prepare to remember and observe the bodily incarnation of the Lord Jesus Christ, a shocking new heresy is rearing its head at Cambridge University’s Trinity College.

Last week, Michael Banner, who serves as the institution’s dean, argued that Jesus Christ could have been transgender, in the wake of a shocking sermon preached by a research student.

According to a Saturday report by The Post Millennial, Banner’s comments came after research student Joshua Heath delivered a message in which he shockingly argued that Jesus was transgender.

He based his argument on several late-medieval and Renaissance paintings of Jesus, which he believes depict the Lord having female genitalia in His suffering on the cross.

He said in his message,

In Christ’s simultaneously masculine and feminine body in these works, if the body of Christ as these works suggest the body of all bodies, then his body is also the trans body.

In no surprise, worshippers were appalled, offended, and shocked by this claim.

Dean Banner shared his approval of the message’s claim, however.

“For myself, I think that speculation was legitimate, whether or not you or I or anyone else disagrees with the interpretation, says something else about that artistic tradition, or resists its application to contemporary questions around transsexualism,” Banner argued.

I charge you therefore before God and the Lord Jesus Christ, who will judge the living and the dead at His appearing and His kingdom: Preach the word! Be ready in season and out of season. Convince, rebuke, exhort, with all longsuffering and teaching. For the time will come when they will not endure sound doctrine, but according to their own desires, because they have itching ears, they will heap up for themselves teachers; and they will turn their ears away from the truth, and be turned aside to fables.  – 2 Timothy 4:1-4

Friends, I fear this prediction from the Apostle Paul is coming to fruition. This report from Trinity College is proof of the sobering reality that those who claim to be Christians will slay sound doctrine in the street, and those charged to shepherd the flock of God will abandon the truth to give people what their itching ears want to hear.

There is much to discuss from this report. Let me first say that Christians should be incensed by it.

The student who “preached” this “sermon,” as well as the dean who supported it, have utterly profaned the name of the Lord Jesus Christ and have revealed the outright rebellion against God that is present in their hearts. Christians would do well to pray for these men, that they would repent and believe in the name of the Lord Jesus for salvation.

Christians would also do well to pray for the hearts of those hearing this message, that the hearers would discern the outright lies from the truth. Furthermore, this report carries heavy weight when considering the responsibility of the pastor-shepherd, who must never waver in preaching the Word of God with clarity and truth.

Pastors who will succumb to tickling the ears of their hearers, should, for the sake of both their congregants and their own hearts, give up the pastorate and repent of their grave infraction. Until they learn to preach the whole counsel of God, they should never step foot behind the pulpit again.

But this report is not just for pastors — it is for all of us. We have all been called to proclaim the gospel, in all its truth, in season and out of season. We must answer the call of our Master.

To be sure, not all of us have been called to pastoral ministry, and I believe furthermore that the Bible makes certain distinctions that would disqualify many from the pastorate as it is. However, whether we do it from the pulpit or not, we must preach the Word, in season and out of season.

Believer, as you prepare to share, both with your words and your actions, the hope of the gospel, consider a reminder to never forsake the truth.

Sadly, those from Trinity College mentioned in this report have forsaken the truth for a lie. They have entered so deeply into a perverse fable that they, from the pulpit of all places, are teaching the heresy of a transgender Jesus to a flock of congregates that, from the reports, are legitimately seeking the truth.

Instead of receiving spiritual nourishment from their shepherd, they are being force-fed poison from wolves in sheep’s clothing.

The Bible is clear, the standards are high for those who know the truth and who have been commissioned to share it (James 3:1).

Believer, may this perversion be found among none of us. It is not merely the heresy of a trans Jesus, so outrageous as it may be. We are all tempted to twist, soften, alter, and otherwise poison the truth claims of Scripture.

Let us instead be empowered to speak the truth in love, trusting that the Word of God is supremely sufficient for all life and godliness.

As a final note — Praise God that our Savior, when He bled and died on the cross, was not doing it to try to connect with a perverse societal identity. He went to the cross and was pierced for us so that we might be made right in the Father’s eyes.

May we preach the truth of the gospel and the Word of God alone, knowing it carries the message of eternal life for sinners who desperately need it.

But reject profane and old wives’ fables, and exercise yourself toward godliness.  – 1 Timothy 4:7

Darned good thing that this student’s, as well as this dean’s, opinion means less than nothing to the world.