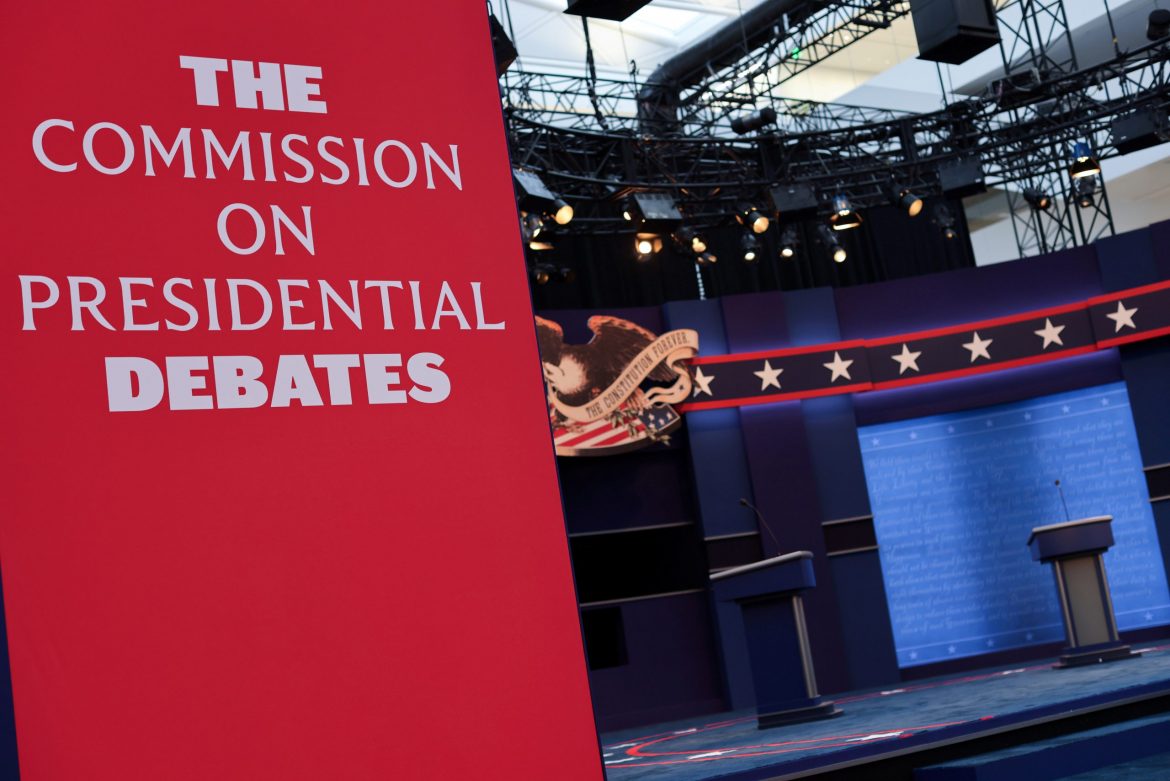 Tonight is the first round of the presidential debates between Donald Trump and Joe Biden, but before the two take the stage each campaign is making last minute requests that are raising eyebrows from the otherside.

The Trump campaign is requesting both candidates have their ears inspected for electronic devices before the event begins. Fox News reported that Trump has agreed to such an inspection while a source from the Biden camp says the Democrat’s campaign will not be participating in such an investigation.

Voicing concern of foul play is not new for the President. For the past several months he proposed Biden should be subjected to a drug test. Over the weekend Trump tweeted how Biden needed to take a drug test and even back in August Trump was pitching the idea in an interview with the Washington Examiner saying; “I’m asking for a drug test. Both candidates. Me, too. I take an aspirin a day.” Back in 2016 he similarly wanted a drug test before the debates with Clinton.

A Trump campaign source also told Fox that the Biden campaign is requesting a break every 30 minutes for the 90 minute event. The Trump campaign scoffed at such a request saying “Our guy doesn’t need breaks.” According to the source negotiations are ongoing.

The debate takes place tonight in Cleveland Ohio at 9 p.m. ET and will be moderated by Fox News anchor Chris Wallace. The topics of the debate were selected by Wallace and will include Trump’s and Biden’s records, the Supreme Court, the economy, race relations and violence in U.S. cities, and the integrity of the election.

Sourced from the Hill, Fox News, the Washington Examiner, and NPR