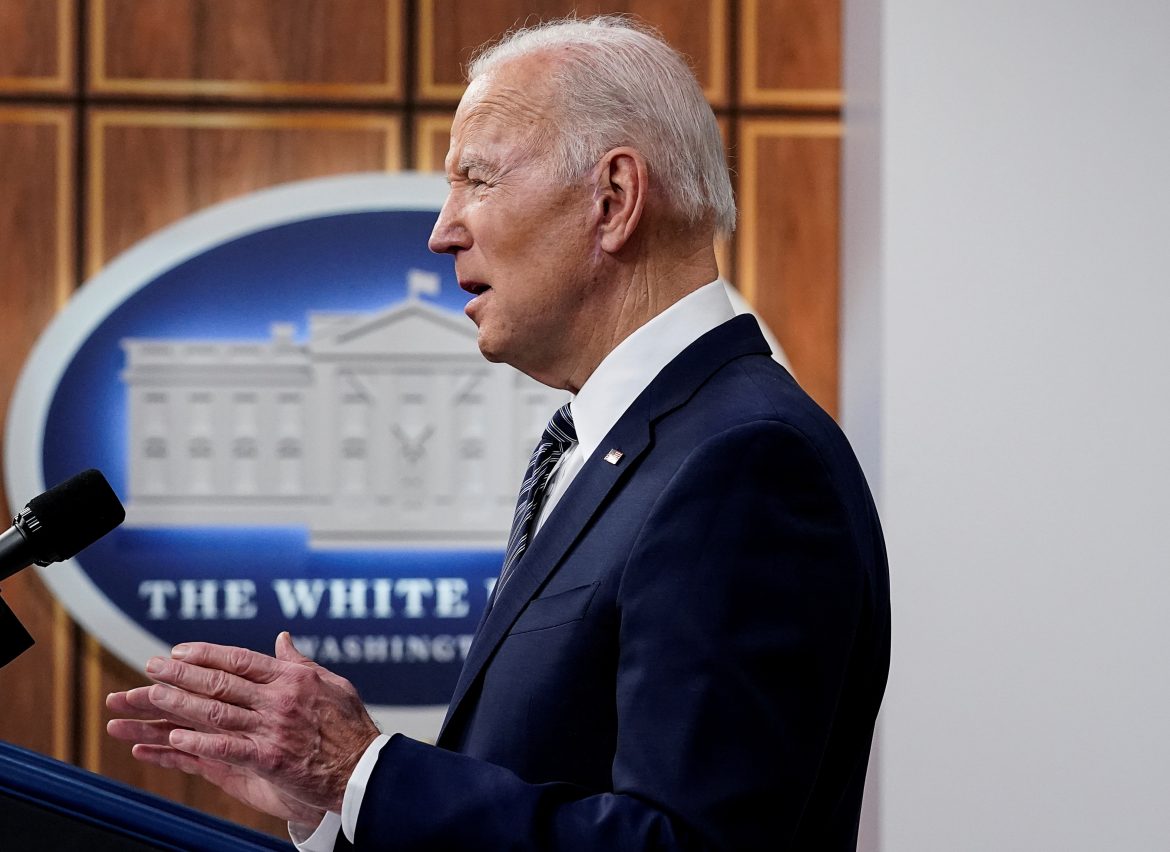 U.S. President Joe Biden has publicly criticized oil and gas executives for banking big profits from high gasoline prices, but he has rarely spoken directly to the heads of energy companies or their representatives, White House records and interviews with industry sources show.

Biden said at a labor union event this month that Exxon Mobil Corp “made more money than God this year” and sent a letter to seven oil and gas companies calling on them to increase production to help ease the burden on consumers.

His actual engagement with energy company officials is rare, however, according to the industry sources and records, a marked contrast to Biden’s meetings with top executives in retail, logistics, and agriculture, as the government grapples with inflation at a 40-year high and supply chain snarls.

Gas prices on average at the pump have not been as high for decades, including during the late 1970s energy crisis.

Biden, who campaigned on a promise to reduce dependence on fossil fuels which contribute carbon emissions linked to climate change, is leaning on the industry to curb inflation. Oil and gas companies are reaping higher profits than they have in decades and mostly returning that windfall to shareholders in the form of buybacks.

“Your administration has largely sought to criticize, and at times vilify, our industry,” Chevron CEO Michael Wirth wrote in an open letter to Biden released on Tuesday.

“The outreach from the administration is lacking,” said Frank Macchiarola, a senior policy executive at the American Petroleum Institute trade body.

Asked about the Chevron CEO’s letter, Biden said “I didn’t know they’d get their feelings hurt that easily.”

The Biden administration has forged a carrot-and-stick relationship with many companies, criticizing some corporate practices and egging on unions while offering some industry-friendly changes and hands-on support on issues like backed-up ports.

Last year, the White House held four meetings with chief executives to tackle a supply chain crisis that led to a shortage of goods around the Christmas holidays. Biden participated in three of those, according to White House records; none involved oil and gas companies.

However, he has met only once with chief executives of Exxon, Chevron, and ConocoPhillips, as part of a larger briefing of energy, manufacturing, shipping, and banking to discuss the Ukraine crisis, a March event hosted by the Business Roundtable.

This month, when Exxon and Chevron requested a White House meeting for their chief executives, they saw Brian Deese, who heads Biden’s National Economic Council. When asked by Reuters on June 20, if he will sit down with oil and gas CEOs, Biden said, “No … because my team is going to do that.”

The White House said in a statement to Reuters that in addition to the many meetings with Cabinet secretaries, oil industry executives have met with White House officials on more than a dozen separate occasions over the past year. A White House official did not offer a breakdown of when the meetings were conducted and who participated in them.

“President Biden has made clear that he is prepared to use all the tools available to him to reduce gas prices for the American people,” the official said.

The departure of Cedric Richmond, director of the Office of Public Engagement, has coincided with less contact in the White House, industry officials said. Biden’s climate adviser Gina McCarthy, who has regularly met with oil and gas industry officials in the past is not taking such meetings.

Biden directed U.S. Energy Secretary Jennifer Granholm to convene an emergency meeting with industry officials, which is scheduled for Thursday.

Western sanctions imposed on Russia for its invasion of Ukraine led to low supplies of fuel and oil in Europe, forcing European nations to compete for barrels with the United States. Crude prices have doubled since Biden took office, and gasoline prices have jumped to an all-time record. American voters’ worries about the economy are their top concern, opinion polls show, and are a major drag on Democrat Biden’s popularity.

Blaming energy companies is unlikely to encourage them to spend more on increasing supplies, especially when Democrats and investors have spent the last few years pushing for lower carbon emissions, industry experts said.

The industry has favored Republicans in U.S. elections for decades.

Ed Hirs, an energy economist at the University of Houston, said Biden’s open vilification of the oil industry represented an “old playbook” that rarely works and only ensures the two sides refuse to talk.

Israeli Knesset votes to dissolve in step towards snap election