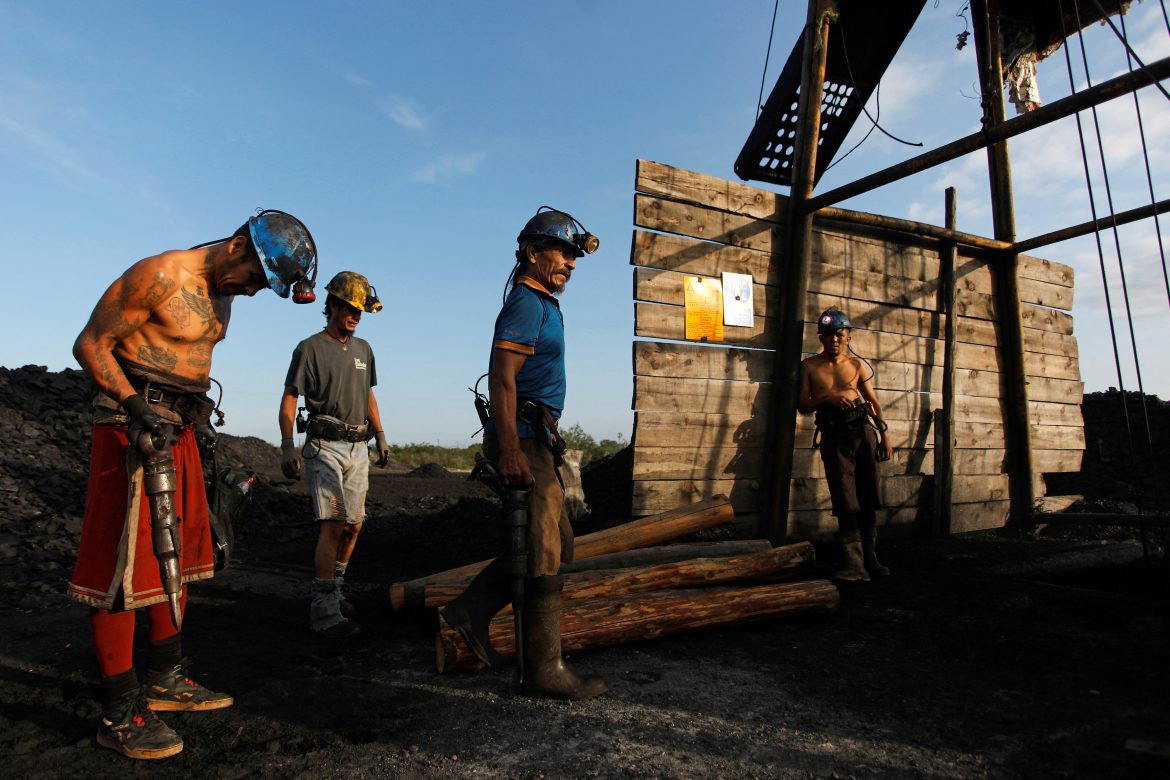 Each time Juan Briones descends deep into the ground of northern Mexico to dig for coal he knows he must balance earning a living and avoiding death.

In August, his brother-in-law was one of 10 miners trapped in the nearby coal mine of El Pinabete as water broke through a shaft wall and flooded the tunnels the men were working in. Nearly two months later, their bodies have still not been recovered.

Miners know the risks, Briones said, but often feel they have no choice.

“You have the need to survive, to take care of your family,” the 35-year-old said in a recent interview at his home after his wife helped scrub off the black dust that had settled into his skin after a day in a sweltering mine.

Even before the El Pinabete mine disaster, he urged his eldest, who has left school, to avoid the risky work to which he has dedicated the past two decades of his life.

“It’s a really tough job, especially because of the accidents,” he said. “I didn’t want the same thing to happen to him, where he goes to work in the mines with the risks.”

Briones, who began in the mines when he was just 14, works dozens of meters below ground with a helmet, gloves and steel-toed boots for protection, on alert for tumbling rocks, faulty pulleys, toxic gas and underground flooding.

When he first goes down, he sometimes feels as if he can’t breathe. He emerges later drenched in sweat.

Briones lives in the town of Sabinas in the border state of Coahuila, where jobs are scarce. He feels he has few options that can match the roughly $150 he takes home a week.

His brother-in-law, Hugo Tijerina, had encouraged him to work at El Pinabete. But Briones turned it down, saying he feared that giant pools of water in abandoned mines nearby could break through and flood it – which is just what happened Aug. 3 when excavation work caused a tunnel wall to collapse. Efforts to pump out the mine and rescue the miners ultimately failed.

The disaster highlighted the dangers workers endure at small, unregulated mines in Mexico’s coal heartland where people like Briones are hired informally and paid in cash to extract coal that formed in the earth in the Cretaceous period millions of years ago.

El Pinabete, one of the many Coahuila mines tapped to provide coal to Mexico’s state power utility, had not been visited by labor inspectors, Reuters reported last month. Mexican law does not require such mines to be inspected before opening.

It was not the first tragedy at a Coahuila mine. In 2006, an explosion at the Pasta de Conchos mine killed 65 men. Only two bodies were recovered.

Briones’ taut, lean frame belies the strength he possesses to work up to eight hours a day, wielding a pneumatic air gun to blast the rock and a shovel and cart to lug coal through underground tunnels.

Still, he stays alert for dangers. As he goes down into the darkness he thinks of his wife’s brother and the other nine who never returned.

“You’re always scared of not coming back,” Briones said. “When I’m working, down below, I remember all of them.”