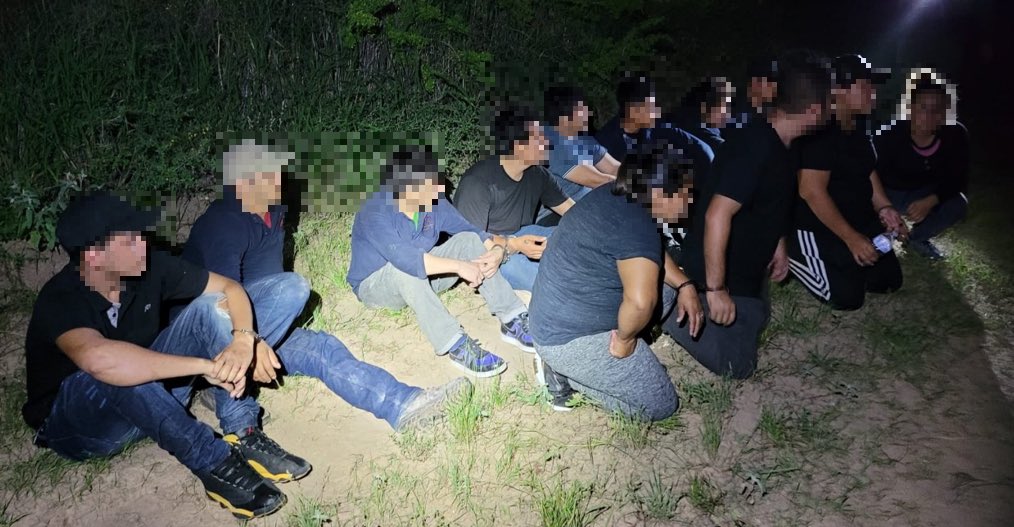 The final two of ten defendants in an alleged human smuggling ring pleaded guilty to “illegal alien transportation resulting in death” just before Christmas, according to the Department of Justice.

Lauren Michelle Malmquist and Eduardo Rivera Benitez were originally charged and arrested on suspicion of the crimes near Del Rio, Texas in March 2021.

The other three in the reported organization pleaded guilty to “conspiracy to transport aliens.” Those defendants are Marco Antonio Hernandez from Paige, Texas; Jose Eli Rodriguez from Austin, Texas; and Rogelio Manuel Luna from Austin, Texas.

On March 15, 2021, Tovar, who attempted to flee when a Texas Department of Public Safety officer tried to pull over the Dodge Ram he was driving near Del Rio, Texas, crashed his vehicle into oncoming traffic, killing eight undocumented immigrants inside the truck.

After an investigation, U.S. Border Patrol agents concluded that the incident was reportedly part of a larger scheme by the alleged organization, which was attempting to smuggle 20 illegal immigrants into the United States.

Human smuggling and trafficking have become a humanitarian crisis at the southern border of the U.S. According to the Texas Public Policy Foundation, “60% of Latin American children who set out to cross the border alone or with smugglers have been caught by the cartels and are being abused in child pornography or drug trafficking.” The report continued, stating that because “Border Patrol [is] overwhelmed by the large number of migrants to process, they are being compelled to get people through as quickly as possible, leading to a less rigorous vetting process.”

U.S. Customs and Border Protection data for November 2022, which is the most recently published data, reflects that “encounters of unaccompanied children increased 9.4%, with 13,150 encounters in November compared with 12,024 in October.”

The New York Post reported that “the Biden policy, which puts pressure on border agents to release families and unaccompanied minors into the US within 72 hours, incentivizes impoverished Latin Americans to send their kids on the perilous journey up north — which many of them do not survive. What’s more, it has encouraged traffickers to pose as the parents of these children to slip into the U.S.”

According to the report, many of the children end up in prostitution or become victims of child pornography.

Michael Gramley, former border agent, explained that criminals “probably won’t tell a family a child will be sold into commercial sexual exploitation … But once they leave their home country and become indebted to the traffickers, they are at their mercy.”

Rep. Kat Cammack (R-Fla.) posted an op-ed in August 2022 detailing her deep concern about human trafficking at the border and her disappointment in the Biden administration’s border policies.

“This unprecedented, humanitarian crisis is solely the result of Biden’s egregious policies,” Cammack stated. “It’s reprehensible and, quite frankly, unimaginable, that an administration charged with defending the Constitution and securing our borders could so unabashedly do just the opposite.”