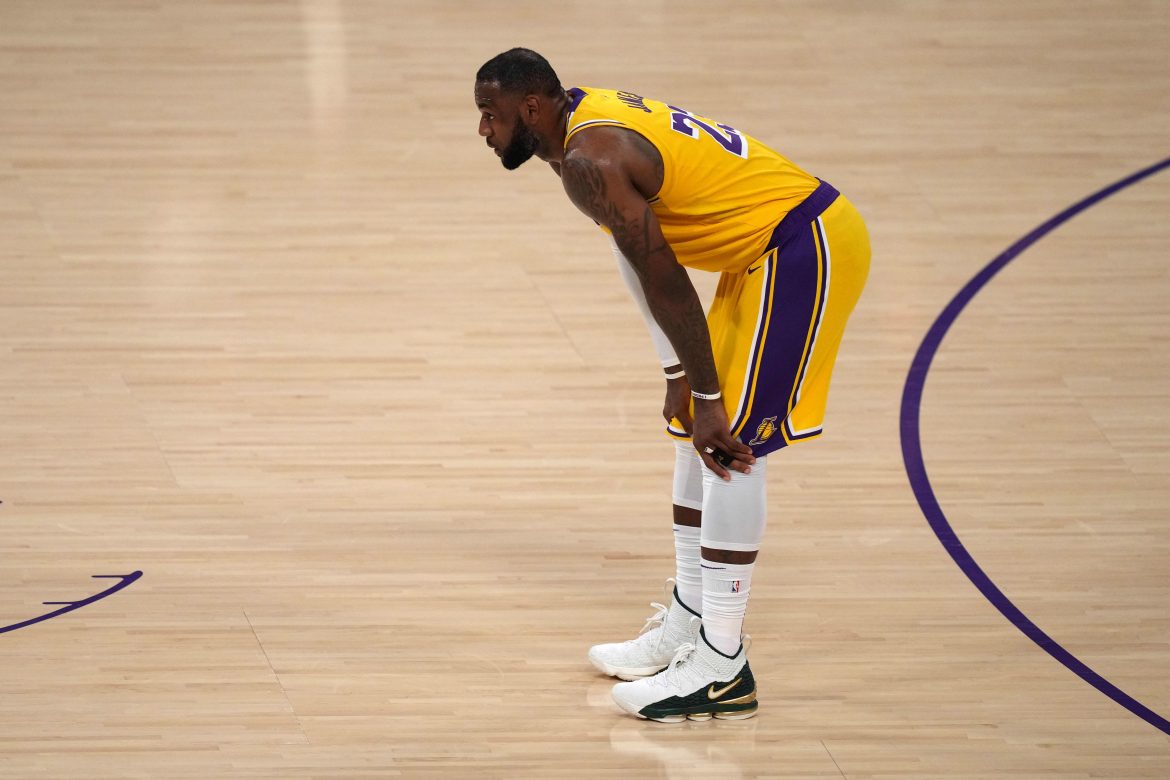 There will be no repeat champion in the NBA in 2021.  On Thursday night, the Phoenix Suns knocked the defending champion Los Angeles Lakers out of the playoffs in game 6 of their best-of-7 series, dethroning the 2020 Champs on their home court, 113-100.

Suns forward Devin Booker was outstanding, leading the way with 47 points (eight 3-point baskets) and 11 rebounds.  The second-seeded Suns advance to round 2, where they will face off against the Denver Nuggets for game 1 of their series on Monday night.

For the star-studded media darling Lakers, it was a disappointing finish to an attempted repeat.  The Lakers were hoping for a big return in Anthony Davis, who has taken much of the weight off of star forward LeBron James’ shoulders as the second-best player on the team.  Davis missed game 5 with a groin injury, and was forced to the bench again just over five minutes into game 6.

All eyes were and will be James, who just finished his 18th season in the league.  James is now 36 years old, and still at an excellent physical shape. He likely has several productive years ahead of him.  Still, the clock is ticking for “King James” and his quest to achieve a winning record in NBA titles.  James has achieved a remarkable feat in his career – he has reached the NBA finals 10 times, for three different franchises.  Unfortunately, he has not always been able to finish the job, and he has a lifetime record of 4 series wins and 6 series losses in the NBA finals.

The Lakers star forward and self-proclaimed social justice expert took no responsibility for the early playoff exit, and instead shifted the blame to the team’s surrounding circumstances.  In an interview after the game, he said,

The one thing that bothers me more than anything is we never really got an opportunity to see our full team at full strength.  Either because of injury or COVID or something going on with our ballclub this year, we could never fully get into a rhythm. And never really kind of see the full potential of what we could be capable of.