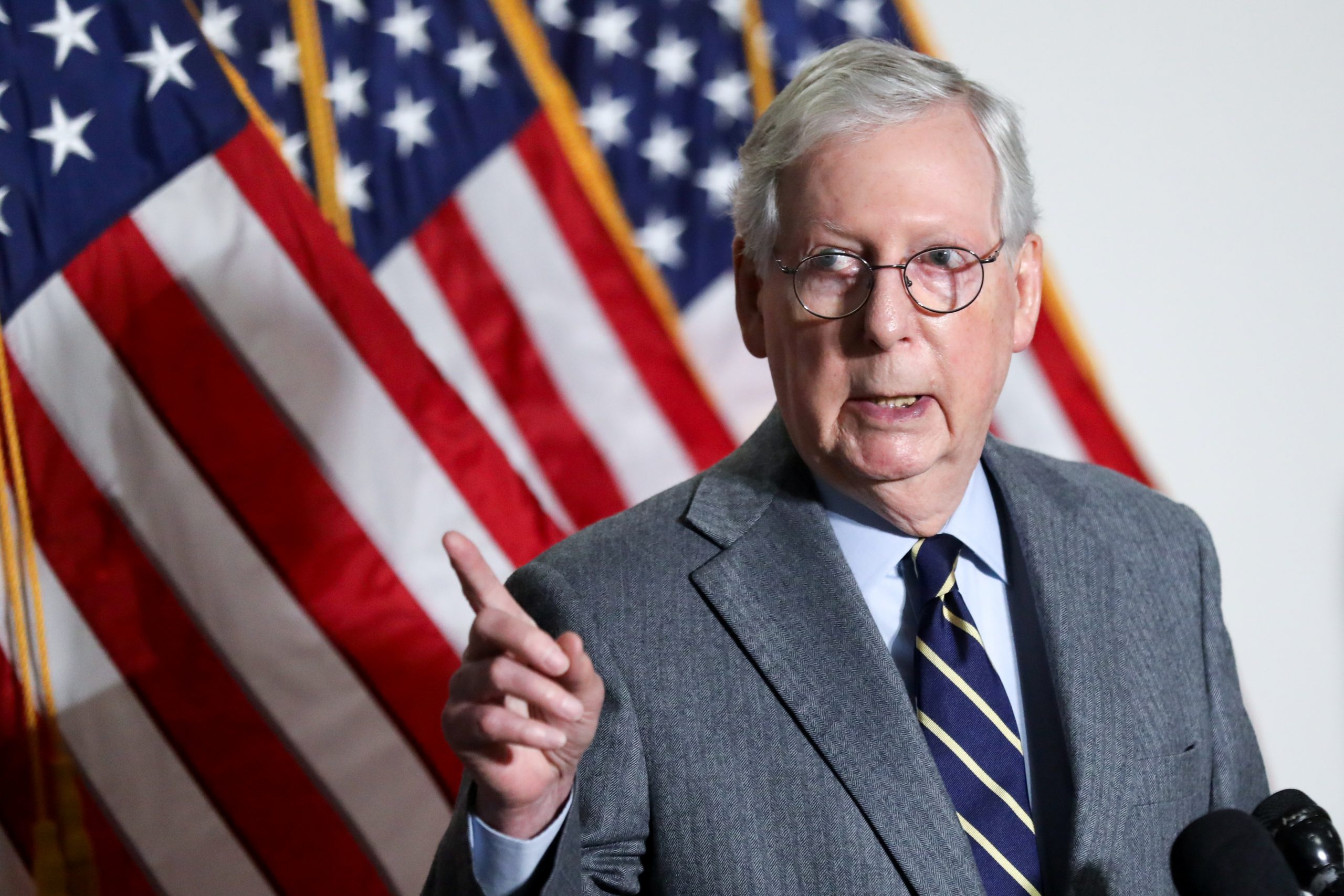 As Democrats increasingly voice their support for ending the Senate Filibuster, Republican leaders including Donald Trump speak out over ending the 60 votes required to move a bill to the floor. Nuking the filibuster would end a long standing check on the ruling party in the Senate.

Senate Democrats including Elizabeth Warren and Ed Markey both of Massachusetts are claiming that the filibuster is a holdover from the days of slavery in the United States and should be done away with. However, even the left-leaning Washington Post says Ed Markey’s claim that “the filibuster was created so that slave owners could hold power over our government” is historically inaccurate. Ironically, Elizabeth Warren has also been known to make use of filibuster when Republicans have control.

Some Senate Democrats stand in opposition to ending the 60 vote threshold, including Joe Manchin of West Virginia and Krysten Sinema of Arizona. Machin told Fox News, “the Senate, this so unique body in the world, it was made to work together in a bipartisan way. And once you start breaking down those barriers, then you lose every reason that we are the institution that we are, the most deliberative body.”

Manchin has made noises of returning to a “talking” filibuster. President Joe Biden has also voiced support for the talking filibuster as a way to change the process. “I don’t think that you have to eliminate the filibuster. You have to do it what it used to be when I first got to the Senate,” Biden told ABC’s George Stephanopoulos referring to his years in the Senate. “You had to stand up and command the floor. You had to keep talking.”

EXCLUSIVE: @GStephanopoulos: “You’re for bringing back the talking filibuster?”

Pres. Biden: “I am. That’s what it was supposed to be…Democracy’s having a hard time functioning.” https://t.co/dmLFhRE1Vi pic.twitter.com/ChiqgixYet

Despite the talk of opposition from Manchin and Sinema, Donald Trump doesn’t believe they’ll be able to stand up to their Democrat colleagues. On the podcast “The Truth with Lisa Boothe,” the former President said Senate Minority Leader Mitch McConnell, who staunchly opposes nixing the filibuster, is “hanging by a thread” with respect to Manchin and Sinema.

Trump said McConnell is “hanging on [Democratic Sen.] Joe Manchin, who always goes with the Democrats. Joe talks, but he ends up going with the Democrats. Now there’s another great senator from the state of Arizona. He’s hanging by a thread and if they get rid of the filibuster, if they knock it out, it will be catastrophic for the Republican Party.”

McConnell has warned the Democrats that they can’t “even begin, to imagine what a completely scorched-earth Senate would look like,” saying every partisan act that has come before “would be child’s play compared to the disaster that Democrats would create for their own priorities if they break the Senate.”

The Minority Leader also promised that if Democrats nuke the filibuster and should Republicans ever take control again, “we wouldn’t just erase every liberal change that hurt the country. We’d strengthen America with all kinds of conservative policies with zero—zero—input from the other side.” McConnell threatened to establish right-to-work laws nationwide, end sanctuary cities, and unilaterally defund Planned Parenthood upon taking control without the filibuster, reminding Democrats that “this pendulum would swing both ways and it would swing hard.”