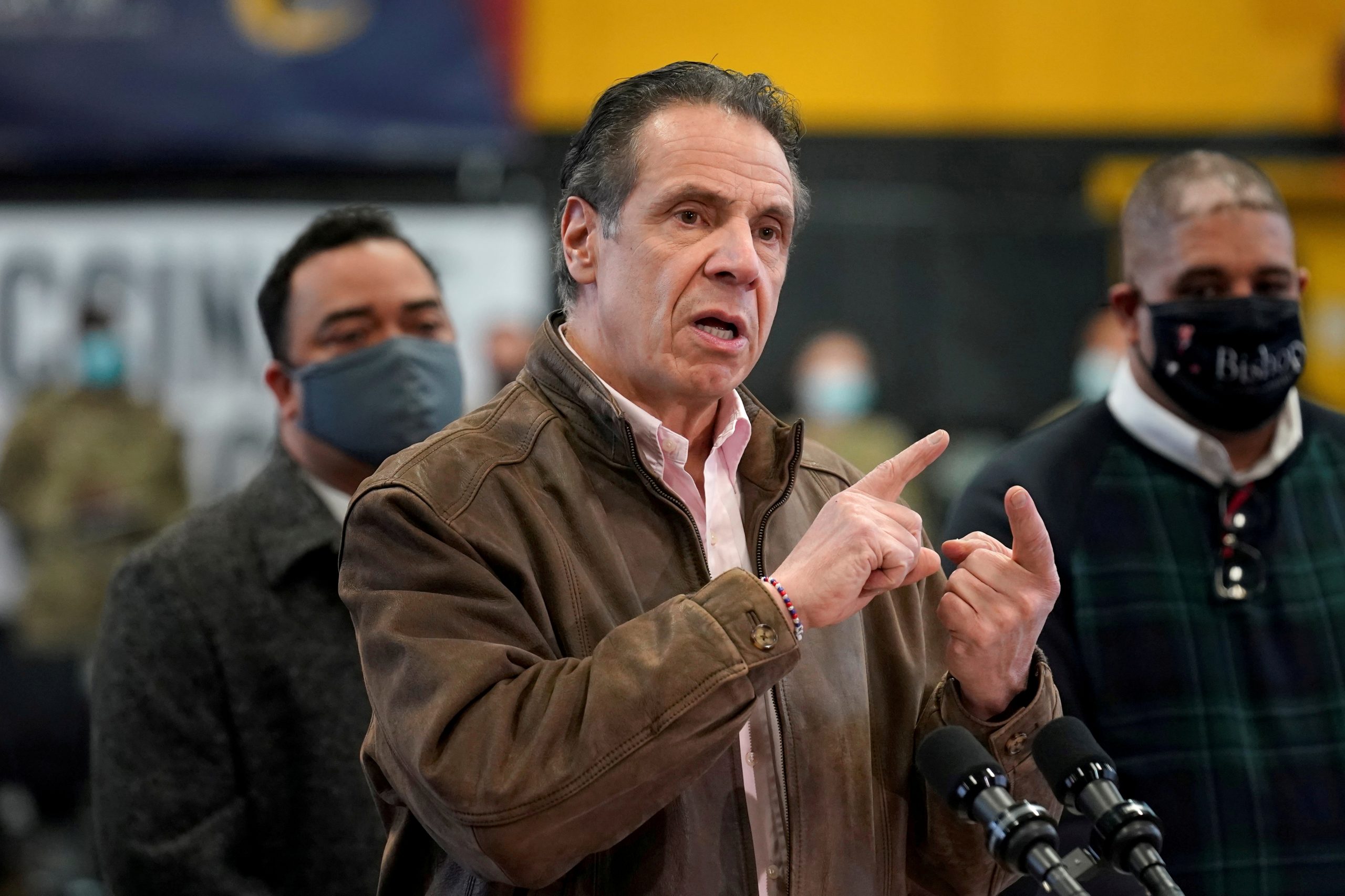 New York Governor Andrew Cuomo is in the midst of a political firestorm, as members of his own party are calling for his resignation due to sexual harassment allegations and an ongoing scandal over fudged COVID-19 morality numbers in nursing homes.

On Sunday, Democratic New York State Senate Majority Leader Andrea Stewart-Cousins said the Governor “must resign.” She cited a mounting list of grievances against Cuomo as to why there must be a change in leadership. “We have allegations about sexual harassment, a toxic work environment, the loss of credibility surrounding the COVID-19 nursing home data and questions about the construction of a major infrastructure project.”

State Assembly Majority Leader Carl Heastie, also a Democrat,  made similar comments saying, “I too share the sentiment of Senate Majority Leader Stewart-Cousins regarding the Governor’s ability to continue to lead this state.” He added ,“we have many challenges to address, and I think it is time for the Governor to seriously consider whether he can effectively meet the needs of the people of New York.”

For his part Cuomo said “there is no way I resign.” In reference to the sexual misconduct allegations, the Governor said that allegations alone should not be the reason for a resignation.

In 2018, Cuomo urged then Supreme Court Justice nominee Brett Kavanaugh to take a polygraph test when he faced sexual assault allegations. He stated at the time, “If you do not insist that Judge Kavanaugh take a polygraph, it will be further evidence that you are putting political motivation over your constitutional obligation. Do not aid and abet a lie. Demand a polygraph.” While Cuomo isn’t asking for a polygraph himself, he is welcoming “the attorney general investigation.”

Conservative voices warn that though Cuomo’s actions are inappropriate and reflect poorly on his character, they should not be a distraction from the much larger scandal of New York’s nursing home deaths and the subsequent coverup.

The double standard from the left is sickening.