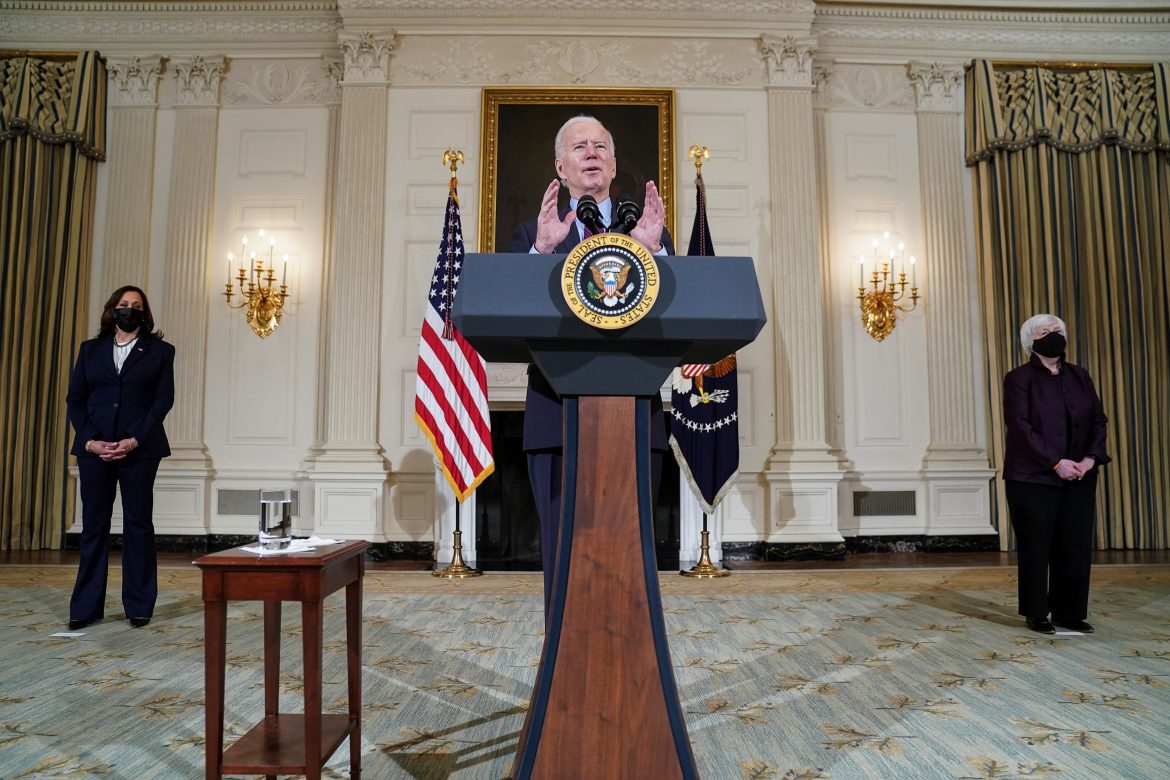 President Joe Biden’s COVID relief bill gained momentum on Friday when the House Budget Committee unveiled the final version of their American Rescue Plan Act of 2021. The $1.9 trillion bill contains nearly in full what Democrats have been discussing for weeks, including direct payments of $1,400 to individuals who make under $75,000 a year, $10 billion in relief to small businesses, an increase and extension of unemployment payments, and $350 billion to bail out state governments.

The bill, which has been discussed in Washington since Biden took office, provides no evidence of compromise to Republican concerns despite the fact that he met with Republican senators to discuss a bi-partisan version. This is further evidence that Biden’s call for unity is in theory only. When it comes to actual policy, Biden has shown no desire to find middle ground.

The Budget Committee will meet Monday to discuss any possible amendments before passing it to the House of Representatives. House Speaker Nancy Pelosi declared that she plans to pass the bill through the Democratic-controlled chambers “sometime at the end of next week.”

The Senate also seems set to steamroll the bill through means of reconciliation so that they do not need any Republican votes. Under the reconciliation tactic, the bill can be passed through a simple majority, rather than a typical 60-vote super-majority. Senate Majority Leader Chuck Schumer quipped in a letter to fellow Democrats, “Make no mistake: the era of Mitch McConnell’s legislative graveyard is over.”

One of the biggest items of concern is that the bill contains a staged increase of minimum wage that will reach $15 an hour by 2025.

The Democratic Covid relief bill calls for an increase of the $7.25 minimum wage to $15 on the following schedule:

This portion of the bill will go before Senate parliamentarian, Elizabeth MacDonough, to decide if it is permissible under reconciliation. Sen. Bernie Sanders, Chair of the Budget Committee, seemed confident that it would pass, as one of his staffers was quoted as saying, “This isn’t Bernie’s first rodeo.” However, in addition to Republicans who are in stark opposition to a $15 minimum wage, there are at least two Democrats –  Kyrsten Sinema of Arizona and Joe Manchin of West Virginia – who have voiced opposition to the wage hike as well.

Democrats are determined to pass a relief bill prior to March 14, when federal unemployment benefits are set to expire.

In a World of Flawed Leaders, Look to Christ [OP-ED]