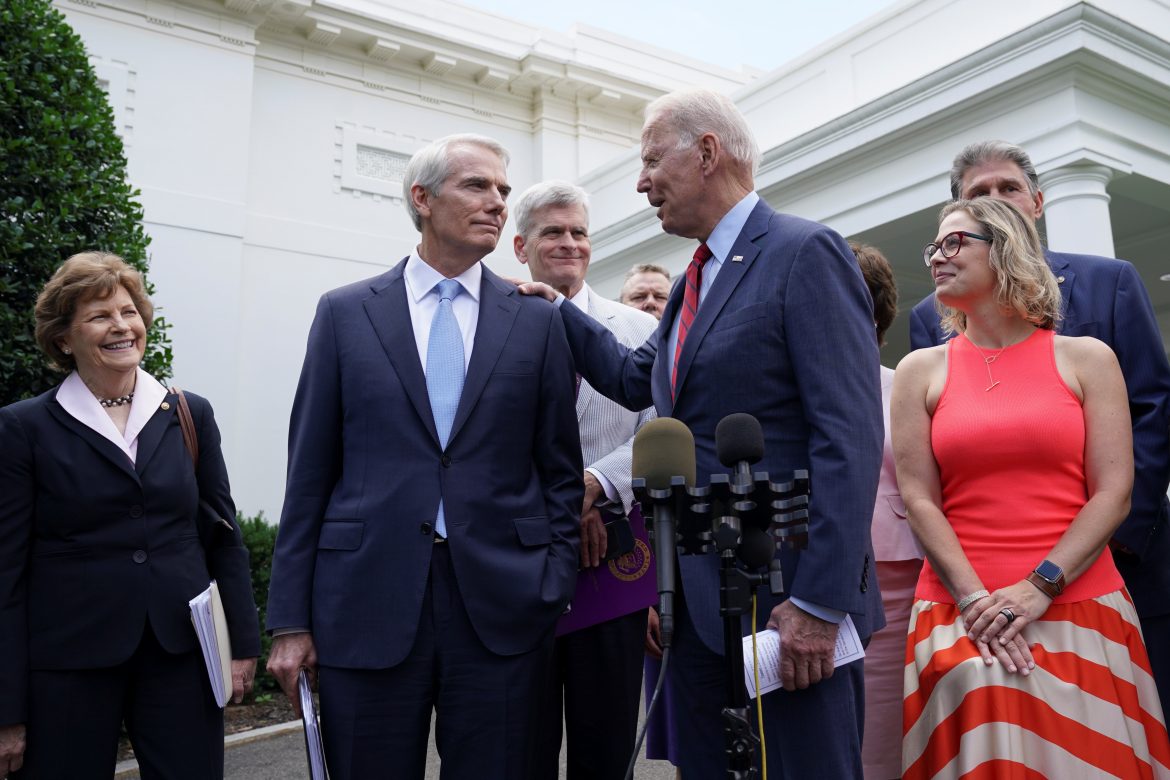 Hours after President Joe Biden declared “We have a deal” to renew the infrastructure of the United States, the Senate’s top Republican lashed out at plans to follow the $1.2 trillion bipartisan bill with another measure funding what Democrats call “human infrastructure.”

Biden and top congressional Democrats – House of Representatives Speaker Nancy Pelosi and Senate Majority Leader Chuck Schumer – had long signaled their plan to link the bipartisan deal with another bill including spending on home health care and child care.

The second measure would be passed through a Senate maneuver called reconciliation, which would allow it to take effect without Republican votes.

Biden told reporters at the White House that he expected quick action on both measures – or neither would survive.

“I expect that in the coming months this summer, before the fiscal year is over, that we will have voted on this (bipartisan) bill – the infrastructure bill – as well as voted on the budget resolution,” he said. “But if only one comes to me, I’m not signing it. It’s in tandem.”

“Less than two hours after publicly commending our colleagues and actually endorsing the bipartisan agreement, the President took the extraordinary step of threatening to veto it,” McConnell said on the Senate floor. “It almost makes your head spin.”

McConnell, Pelosi and Schumer have not been directly involved with the bipartisan infrastructure talks. McConnell has not publicly stated if he would back the initiative, though he called it “encouraging” in his floor remarks.

Lindsey Graham, one of the 21 senators who had negotiated the bipartisan deal, said in a tweet: “If reports are accurate that President Biden is refusing to sign a bipartisan deal unless reconciliation is also passed, that would be the ultimate deal breaker for me.”

Progressive members of Congress – some of whom were pushing for a sweeping $6 trillion bill – had indicated they would not support the smaller bipartisan bill without a companion measure.

The $1.2 trillion framework includes $579 billion in new spending on major investments in the power grid, broadband internet services and passenger and freight rail.

That spending falls far short of Biden‘s original ambitions on schools, climate change mitigation, and support for parents and caregivers, and it doesn’t include his bedrock pledge to make the U.S. economy more fair by increasing taxes on the rich and corporations.

Biden vowed to move “full steam ahead” on those priorities.

The compromise package would be paid for through more than a dozen funding mechanisms, including $100 billion in estimated tax revenues from a ramp-up in enforcement by the Internal Revenue Service, unused COVID-19 aid money, unemployment insurance funds returned by U.S. states, and oil sales from the Strategic Petroleum Reserve.