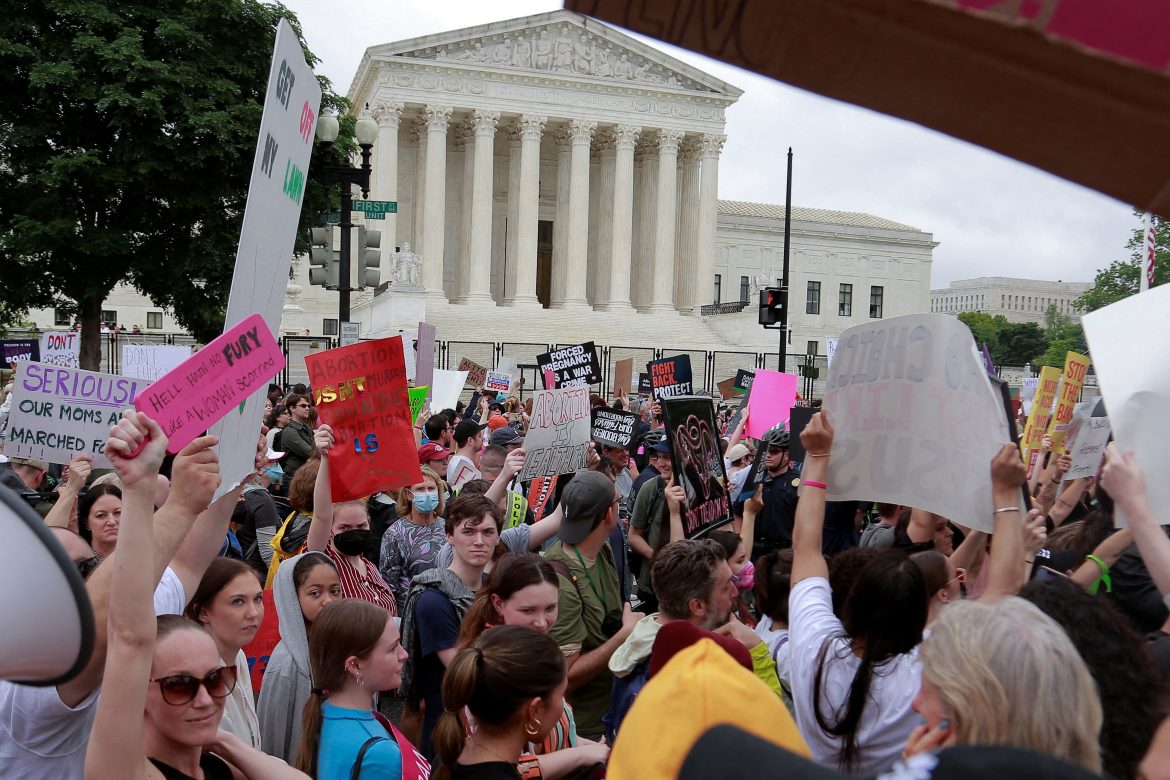 A National Terrorism Advisory has been issued by the Department of Homeland Security, advising that Americans remain vigilant in the face of potentially volatile responses to the expected Supreme Court ruling that would overturn the landmark Roe v. Wade decision, as well as several other issues.

The advisory reiterated there was a “heightened threat environment” as was noted in a previous bulletin, and cited “several recent attacks” that have created the threat-heavy environment.

“In the coming months, we expect the threat environment to become more dynamic as several high-profile events could be exploited to justify acts of violence against a range of possible targets. These targets could include public gatherings, faith-based institutions, schools, racial and religious minorities, government facilities and personnel, U.S. critical infrastructure, the media, and perceived ideological opponents,” the DHS said in their bulletin.

“Threat actors have recently mobilized to violence due to factors such as personal grievances, reactions to current events, and adherence to violent extremist ideologies, including racially or ethnically motivated or anti-government/anti-authority violent extremism. Foreign adversaries—including terrorist organizations and nation state adversaries—also remain intent on exploiting the threat environment to promote or inspire violence, sow discord, or undermine U.S. democratic institutions.”

This comes on the heels of a May 13 memo that indicated the expectation of a leap in violent crime and outlined efforts by the intelligence arm of the DHS to investigate threats following the leak of the opinion that indicated a majority might favor overturning abortion laws.

Law enforcement agencies reported investigating social-media threats to burn down or storm the Supreme Court building and murder justices and their clerks, as well as a number of threats against other pro-life organizations and places of worship.

The agency said that threats against the groups, as well as clergy and healthcare providers “are likely to persist and may increase leading up to and following the issuing of the Court’s official ruling.”

The May 13 memo seemed to incriminate the pro-life movement, by discussing extreme fringe ideologies that few pro-life proponents adhere to. “Some racially or ethnically motivated violent extremists’ embrace of pro-life narratives may be linked to the perception of wanting to ‘save white children’ and ‘fight white genocide,'” the memo says. It also warns that extremist acts could come from abortion-rights proponents as well.

The memo hedged its comments, saying “The mere advocacy of political or social positions, political activism, use of strong rhetoric, or generalized philosophic embrace of violent tactics does not constitute domestic violent extremism or illegal activity and is constitutionally protected.”

Previously the White House previously declined to call off the protests outside the justices’ homes — arguing that the demonstrations there have remained peaceful, despite nationwide attacks against pro-life groups and religious facilities:

The advisory also said they are monitoring individuals who have said that the United States is “unwilling or unable to secure the U.S.-Mexico border and have called for violence to stem the flow of undocumented migrants.” Extremists could use changes in border policies to justify violence, it added.

DHS ended its advisory saying that they will “continue to assess that the primary threat of mass casualty violence in the United States stems from lone offenders and small groups motivated by a range of ideological beliefs and/or personal grievances.”