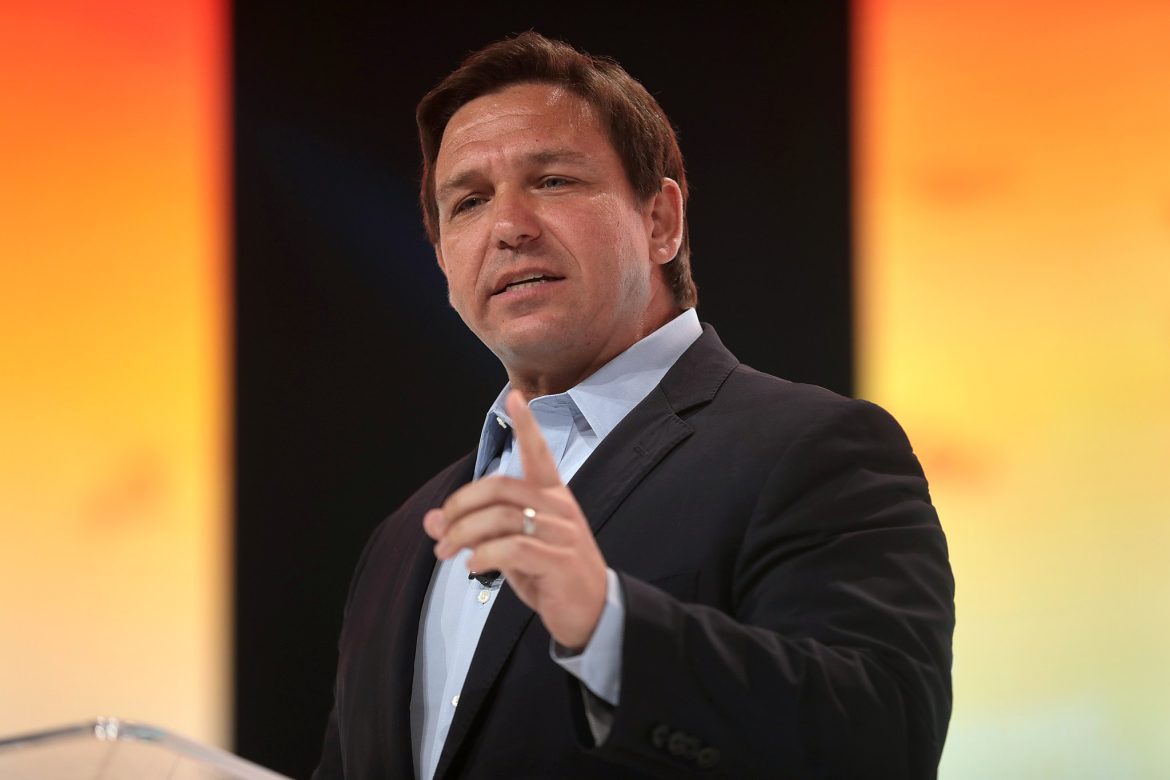 Florida Gov. Ron DeSantis announced on Tuesday a petition with the state Supreme Court “to impanel a statewide grand jury to investigate any and all wrongdoing in Florida with respect to COVID-19 vaccines.”

DeSantis hosted what his office called a “COVID-19 mRNA Vaccine Accountability Roundtable,” where he made the announcement. The recently re-elected governor said he expects the state Supreme Court will approve his petition.

“In Florida, it is against the law to mislead and misrepresent, particularly when you’re talking about the efficacy of a drug,” DeSantis said. As an example, DeSantis mentioned recent major settlements his state has received from opioid makers, to the tune of $3.2 billion.

Florida Surgeon General Joseph Ladapo also announced that the administration would be looking further into the role vaccines played in myocarditis deaths that some believe are related to the COVID vaccines.

“We are initiating a program here in Florida where we will be studying the incidence in surveillance of myocarditis within a few weeks of Covid-19 vaccination for people who died,” Ladapo said.

DeSantis hosted a variety of medical doctors and scientists, as well as victims of serious COVID-19 vaccine side effects as part of the roundtable. The one thing they all had in common was the willingness to challenge the mainstream narrative surrounding COVID-19, the lockdowns, and mRNA vaccines.

Until recently, such a challenge to the likes of Dr. Anthony Fauci and the Centers for Disease Control and Prevention (CDC) would get someone banned or censored by nearly all mainstream forms of media – a reality many of the roundtable participants have experienced firsthand. With Elon Musk now at the helm, however, there’s at least one exception to that rule. The roundtable discussion was published in its entirety on Twitter.

Near the beginning of the presentation, Dr. Tracy Høeg, an epidemiologist and clinical researcher who has studied the effects of the pandemic and subsequent policies on children, defended herself and the other people on the panel who many have discounted as conspiracy theorists.

“Maybe some of us are considered to be contrarians or going against the popular viewpoint, but the people brought here today are really evidence-based scientists and physicians, and our viewpoints would not necessarily be contrarian in Scandinavia, for the most part,” Høeg said.

Steven Templeton, associate professor of microbiology and immunology at Indiana University School of Medicine, said the politicization of science was apparent and alarming to him early in the pandemic. “I was really concerned about how children were being treated and how evidence-based medicine was not being followed, and politics seemed to be the reason,” Templeton said.

Science is a very slow building consensus from a lot of different actors. When the consensus changes pretty quickly, there’s usually some political reasons, and not scientific reasons.

Dr. Jay Bhattacharya has been one of the loudest pioneers in the fight against COVID lockdowns and the one-size-fits-all philosophy to treating and preventing the virus, a fact that resulted in him being blacklisted on Twitter.  A professor of health policy at Stanford University, Bhattacharya co-authored The Great Barrington Declaration, an open letter to the world challenging the prevailing COVID policies and their effects. The letter has, to date, been signed by 934,000 people, including numerous doctors and scientists.

Dr. Bhattacharya said that top government officials, including Dr. Fauci, have censored scientific discussion in the name of stopping “misinformation.”

It’s time to start taking stock of what went wrong and make reforms so this doesn’t happen again. I think the centrally important issue that caused the problems is that we silenced … qualified people from expressing their thinking and as a result, the decision-making at the top of the country was absolutely abysmal.

Dr. Christine Stabell, a professor of global health at the University of Southern Denmark, has studied vaccines for more than 30 years in Denmark and throughout Africa. She said that she has learned that vaccines, not just the COVID-19 variety, have far broader immune system effects than previously known.

A major problem with the COVID-19 shots, she said, was that they weren’t tested for “non-specific” effects, that is, how they affect humans outside of the target virus.

“Based on the science, it’s now clear that we cannot anticipate knowing the full effect of any vaccine if we’ve only studied its effect against the target disease. We also need to study its effect against other diseases, its effects against overall mortality and overall morbidity, and this particular knowledge got me concerned when we started recommending vaccines to everybody.”

Dr. Joseph Fraiman, an emergency physician and researcher who works mostly in rural Louisiana, said he didn’t doubt the mRNA vaccines’ safety and efficacy early in the rollout. But, when he started seeing a high number of patients testing negative for COVID, yet were in serious condition with what appeared to be COVID-related symptoms, he began to ask if other physicians were seeing the same thing. The answer he got was, “yes.”

“Then in May 2021, we learned that the COVID spike protein is toxic. We didn’t know this before. It caused all those things that were crazy things we learned about the first year of COVID. It causes COVID toe, it causes heart attacks. It causes strokes. It causes stomach problems.”

It was only then that Dr. Fraiman began to question if the vaccines could be causing some of the serious medical issues he was seeing. Though the rise in mortality in 2021 confirmed his suspicions that more people were dying than usual, he said the cause of those deaths has not been determined.

Bret Weinstein is an evolutionary biologist who did his dissertation work on neo-tropical bats. He said that every step along the way ⁠— from extracting COVID’s ancestor and experimenting with it in a lab to the narrow and inept attempts to stop it once it leaked ⁠— our decision-makers have made grave mistakes.

“I must tell you that [the] big picture is extremely disturbing. In fact, I don’t think that it’s an exaggeration to say that, all told, the decision-making surrounding COVID amounts to the largest blunder in human history,” Weinstein said. “We have what is, in effect, an ongoing, self-inflicted wound.”

Dr. Martin Kuldorff is a professor of medicine at Harvard University and co-authored the Great Barrington Declaration with Dr. Bhattacharya. He agreed with Weinstein, calling the pandemic the “biggest public fiasco in history.”