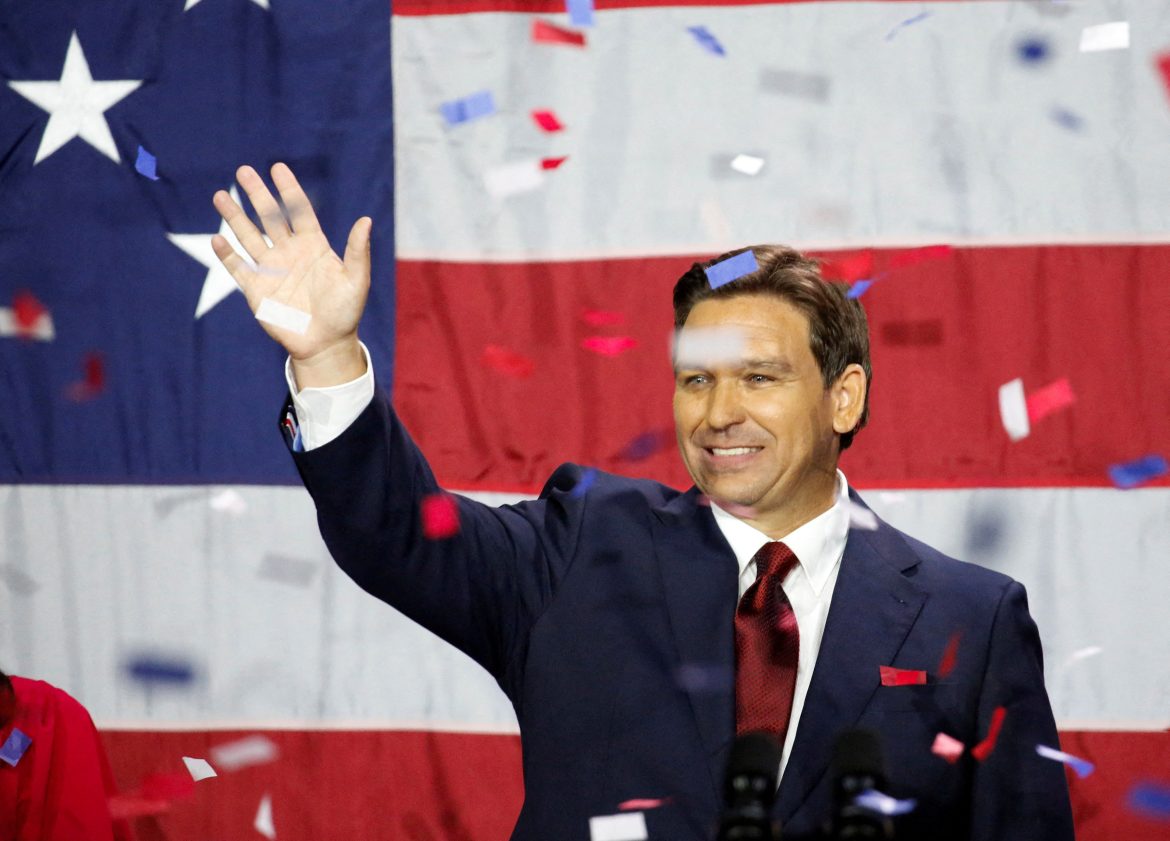 A new poll of 1,160 registered voters nationwide may reflect a changing of the guard in the GOP. The survey was conducted by the conservative polling firm WPA Intelligence and has a margin of error of 2.9%.

Among Republicans, Florida Governor Ron DeSantis enjoys a net favorability rating of 66 vs. 44 for Donald Trump. The rating among Fox News viewers was 58 vs. 27. Even voters who voted for Trump in 2020, only mustered a rating of 54 as opposed to DeSantis’s rating of 69.

If those numbers aren’t sobering enough for the former president, the poll also concluded that 64% of all voters felt that Mr. Trump was the main reason for the GOP’s dismal performance in the midterm elections.

The party’s midterm flop coupled with Trump’s continued preoccupation (albeit diminished of late) with the 2020 presidential election results has led to a palpable “Trump fatigue” among voters.

A sizable 40% of Republicans say that Donald Trump should no longer be the leader and face of the Republican party. Trump is no doubt aware of this as he wasted no time in lashing out at his once political ally turned rival, Ron DeSantis.

Less than a day after DeSantis’s 20-point drubbing of Charlie Christ, Trump said, “Now that the election is over, and everything went quite well, shouldn’t it be said that in 2020, I got 1.1 Million more votes in Florida than Ron D got this year, 5.7 Million to 4.6 Million, just asking?”

Trump continued saying, “I got him the nomination. He didn’t get it. I got it, and I thought that he could have been more gracious, but that’s up to him.” As the tension between the two Republican titans mounted, Governor DeSantis deflected questions about the comments for nearly a week.

Just hours before the former president was to announce his reelection bid, the governor said, “When you’re doing, when you’re leading, when you’re getting things done, yeah, you take incoming fire. That’s just the nature of it.”

Donald Trump’s precipitous fall from grace among Republicans is nothing short of seismic.

A November poll conducted by the Club for Growth reflects that DeSantis is now leading Trump by staggering numbers (11%-26%) in Iowa, New Hampshire, Florida, and Georgia. Trump was leading the Florida governor in all of those states a few short months ago.