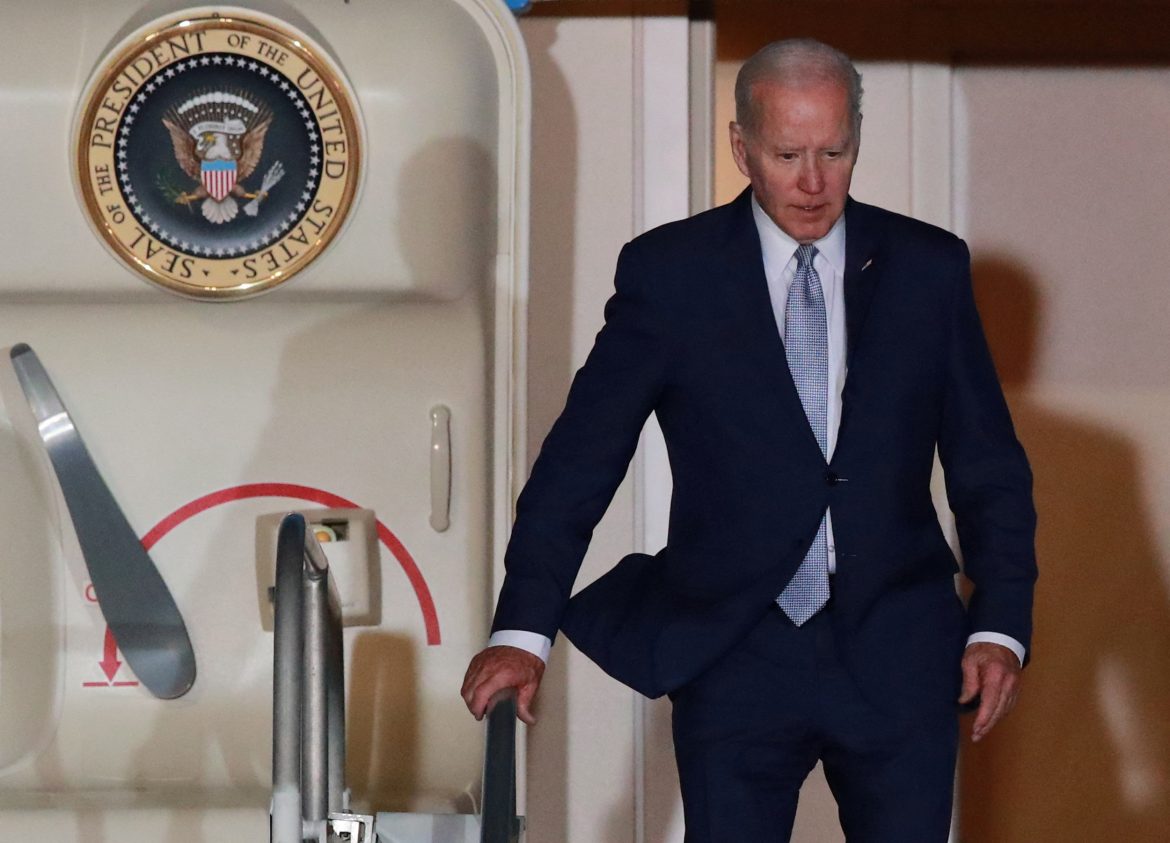 The White House on Monday sought to downplay the discovery of classified documents from the Obama-Biden administration found locked in a closet in an office used by Joe Biden from 2017 up until the 2020 election.

Administration officials said they are cooperating fully with the Justice Department and the National Archives on the matter.

The classified documents were identified by two of Biden’s personal attorneys on Nov. 2, less than a week before the midterm elections, at the Penn Biden Center for Diplomacy and Global Engagement in Washington, D.C., according to Richard Sauber, special counsel to Biden who made the initial discovery.

Sources told CBS News, which broke the story on Monday, that roughly 10 documents marked “classified” were found inside a box, along with unclassified papers, while Sauber and another Biden attorney “were packing files housed in a locked closet to prepare to vacate office space at the Penn Biden Center in Washington, D.C.”

The sources did not reveal the contents of the classified documents nor their level of classification.

“The White House is cooperating with the National Archives and the Department of Justice regarding the discovery of what appear to be Obama-Biden Administration records, including a small number of documents with classified markings,” Sauber said, according to a report by The Hill.

Republicans pounced on the discovery, and the DOJ’s response thereto, as evidence of a “two-tier justice system,” one for Republicans and one for Democrats.

Obvious comparisons arose between the Justice Department’s treatment of former President Donald Trump for the same violation, which included the unprecedented FBI raid on Trump’s Mar-a-Lago residence in August. The raid was carried out less than three months before the discovery of classified documents in Biden’s possession, which had been kept under wraps until CBS News broke the story on Monday.

Congressman James Comer (R-Ky.), who chairs the House Oversight Committee, told reporters Monday night that the committee plans to send a letter to the National Archives demanding more information concerning the documents and said the Oversight Committee would be open to holding a hearing on the matter.

“Under the Biden Administration, the Department of Justice and National Archives have made compliance with the Presidential Records Act a top priority. We expect the same treatment for President Biden, who has apparently inappropriately maintained classified documents in an insecure setting for several years,” Comer continued.

“Is the White House going to be raided tonight?” Comer asked. “Are they going to raid the Biden center? I don’t know. This is further concern that there’s a two-tier justice system within the DOJ with how they treat Republicans vs. Democrats … certainly how they treat the former president vs. the current president.”

Trump, unsurprisingly, also weighed in on the subject.

“When is the FBI going to raid the many homes of Joe Biden, perhaps even the White House? These documents were definitely not declassified” Trump wrote in a post to his Truth Social account.

“Biden knew for YEARS that he’s been storing HIGHLY CLASSIFIED documents in his personal office,” Rep. Ronnie Jackson (R-Texas) said. “He KNEW it when FBI agents were raiding Mar-a-Lago, and he KNEW it when he appointed a partisan special counsel. HE KNEW THE WHOLE TIME BUT STILL HAD HIS DOJ GOONS PERSECUTE TRUMP!!”

Sauber, however, sought to differentiate Biden’s actions from Trump’s, asserting that the classified documents discovered in Biden’s private office “were not the subject of any previous request or inquiry by the Archives” in a statement, according to the CBS report.

“Since that discovery, the president’s personal attorneys have cooperated with the Archives and the Department of Justice in a process to ensure that any Obama-Biden Administration records are appropriately in the possession of the Archives,” he added.

“Attorneys for President Biden appear to have taken immediate and proper action to notify the National Archives about their discovery of a small handful of classified documents found in a locked cabinet at the Penn Biden Center so they could be returned to federal government custody,” Rep. Jamie Raskin (Md.), ranking Democrat on the House Oversight and Reform Committee, said in a statement Monday evening, according to Reuters.

President Biden appeared to ignore a question from a reporter during the North American leaders’ summit in Mexico City on Monday who asked: “Any response to the discovery of classified documents at your office?”