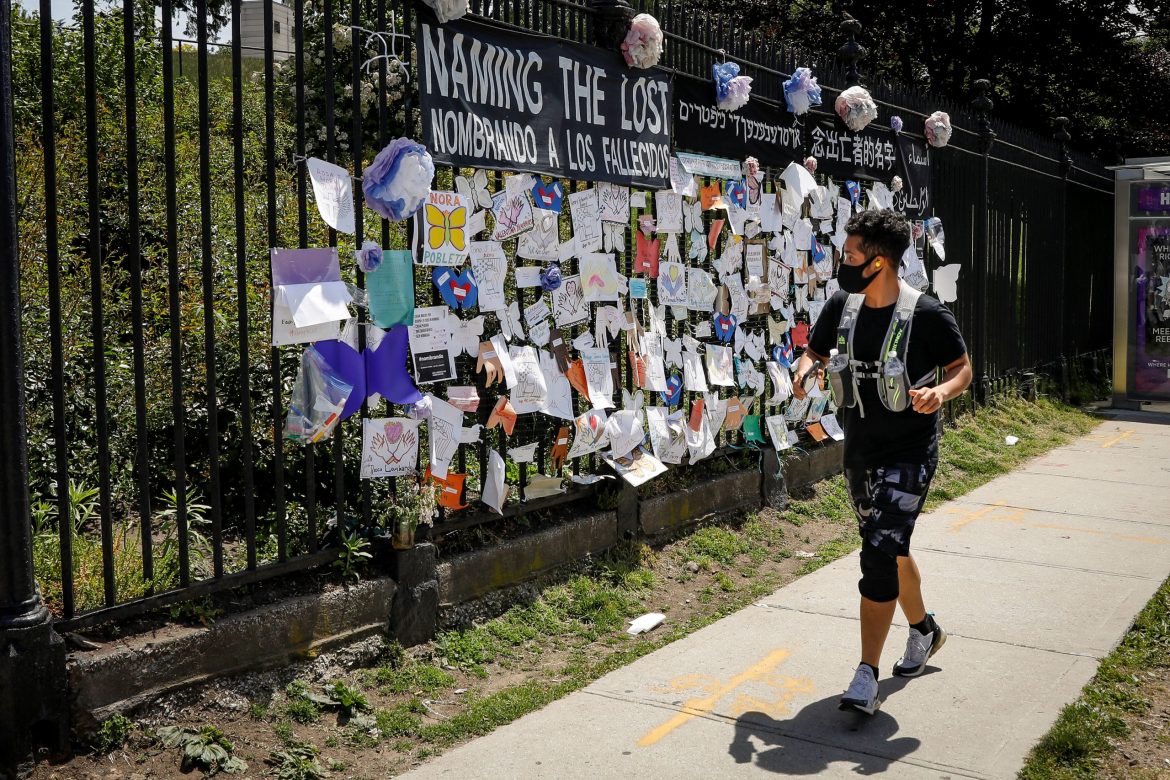 The death toll rose from COVID-19, the disease caused by the coronavirus, even as the daily average has declined, businesses have reopened and stay-at-home orders have ended across the country.

A top White House coronavirus adviser, Dr. Anthony Fauci, told CNN that U.S. states should proceed cautiously as they lift sweeping restrictions to constrain the pandemic, saying he wore a mask to show Americans it was the right thing to do.

“I want to protect myself and protect others, and also because I want to make it be a symbol for people to see that that’s the kind of thing you should be doing,” said Fauci, director of the National Institute of Allergy and Infectious Diseases.

Shanghai Disneyland reopened on May 11 and now accommodates about 20,000 people per day with mandatory masks, temperature screenings, and social distancing for visitors and employees.

MGM Resorts said that on June 4 it would reopen four Las Vegas casinos – the Bellagio, New York-New York, the MGM Grand Las Vegas, and The Signature. All employees would be screened for COVID-19 using regular temperature checks and testing.

“States that bore the brunt of the COVID-19 pandemic account for one-third of the national GDP,” said Cuomo, a Democrat whose state has been hit hard by the outbreak. “How can you tell one-third of the country to go to heck?”

Cuomo said his meeting with the Republican Trump on Wednesday focused on how to “supercharge” the economy by investing in infrastructure.

Businesses across the country are opening doors after shuttering in mid-March as states and local governments took drastic measures to slow the spread of COVID-19.

Cuomo, who has criticized Trump’s handling of the pandemic, wants to revive the economy by undertaking major transport and other projects. He told reporters on Tuesday he would discuss a federal role in investments to modernize the nation’s bridges, roads and rail systems.

Trump has said he believed infrastructure spending could help the economy recover from the pandemic, embracing a massive $2 trillion plan at the end of March. Before the pandemic, he planned to focus his November re-election campaign on a booming economy.