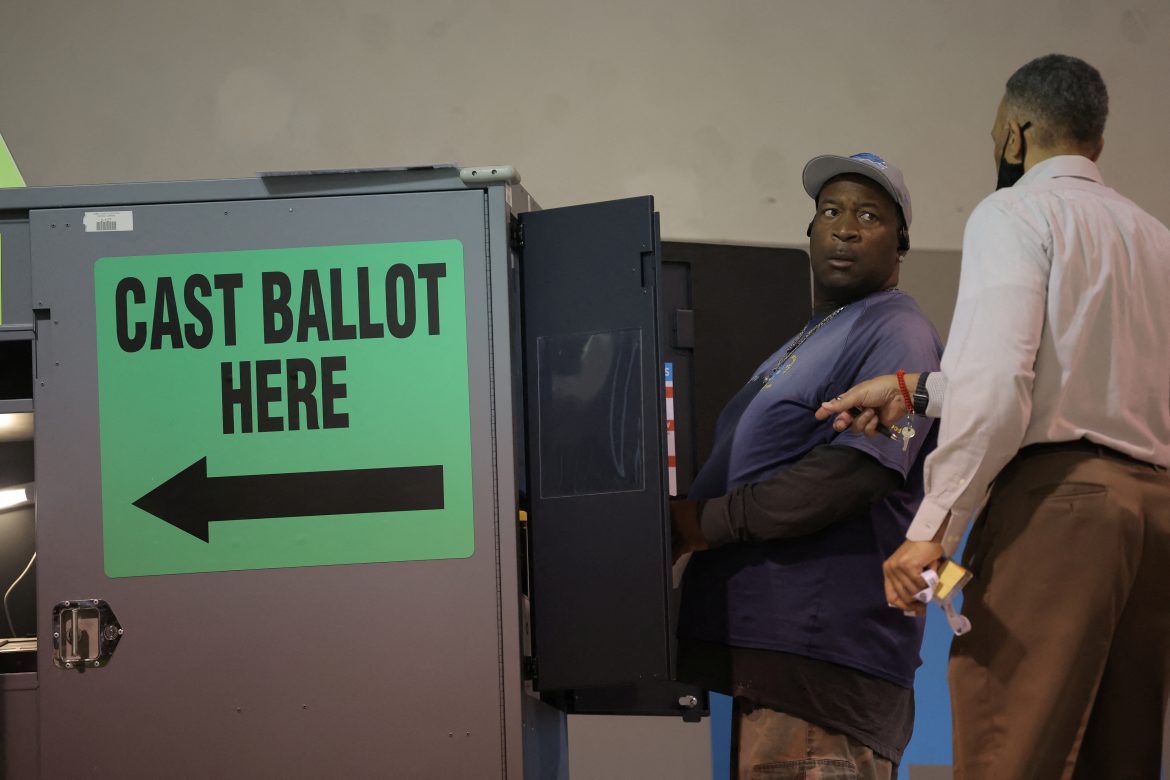 In a move the Department of Justice (DOJ) claims is meant to promote election integrity but that some worry could represent federal overreach, the DOJ has sent election monitors to 64 jurisdictions in 24 states to enforce federal voting laws and watch for violations of voters’ civil rights as voters head to the polls on Tuesday.

“Since the passage of the Voting Rights Act of 1965, the Civil Rights Division has regularly monitored elections in the field in jurisdictions around the country to protect the rights of voters,” the DOJ said in a press release. “The Civil Rights Division enforces the federal voting rights laws that protect the rights of all citizens to access the ballot.”

The DOJ routinely sends monitors to key voting locations to protect the rights of voters. However, this year marks a sharp increase from the 44 monitors sent during the 2020 presidential election, with Republican claims of voter fraud and Democrat complaints of voter suppression and intimidation bringing the issue of election security into sharper focus.

These monitors will not be law enforcement officials, but lawyers who work for the U.S. government. Most are either from the DOJ’s Civil Rights Division or a U.S. attorney’s office. The press release lists the 64 locations where monitors will be deployed, including counties in key swing states such as Pennsylvania, Nevada, Georgia, Arizona, and Wisconsin.

An unnamed official explained to Politico the DOJ’s rationale in choosing their locations: “The decision on when to send election monitors is based upon the facts and circumstances on the ground with respect to a particular jurisdiction in a particular election.”

The official cited issues such as language and disability accessibility before adding, “In still other places, it may include questions about possible discrimination or intimidation.”

In Arizona, monitors were dispatched to Maricopa County, where there have been incidents of armed poll watchers standing near ballot drop boxes. The watchers argue that they are protecting against voter fraud, while critics say this is an example of illegal voter intimidation.

BREAKING: Reports out of Maricopa county of Machines “not working” and ballots being “misread”

WHAT IS GOING ON?
pic.twitter.com/lkd0YXegXZ

But not every location is welcoming the DOJ with open arms. In Cole County, Mo., county clerk Steve Korsmeyer told the DOJ that monitors would not be permitted at polls in his jurisdiction. Missouri Secretary of State Jay Ashcroft tweeted his support for Korsmeyer, saying that he “has rightfully declined to allow this over-reach” and accused the DOJ of “trying to bully a hard-working county official.”

“While the U.S. DOJ could clearly learn a lot from Missouri about non-partisanship and how to administer accessible, secure, and credible elections, it would be highly inappropriate for federal agents to violate the law by intimidating Missouri voters at the polls on Election Day,” Ashcroft said.

This email was sent by the DOJ to one of our election authorities. pic.twitter.com/eQ0eN3rBKd

Monitors were also sent to Berks County, Pa., where the county’s election board adopted a new policy in September instructing sheriffs to ask voters returning mail-in ballots if the ballot is their own. Leigh Chapman (D), Pennsylvania’s acting secretary of state, has expressed concerns that the policy could lead to voter intimidation.

In addition to sending election monitors, the DOJ civil rights division has set up a hotline where voters can report cases of federal voting law violations.

Democrats are supportive of the DOJ’s move, hoping that the monitors will help to prevent voter suppression and make the elections more free and fair. However, many Republicans share Ashcroft’s concern that oversight from a Justice Department that they claim has been highly politicized under the Biden administration could have the opposite effect.