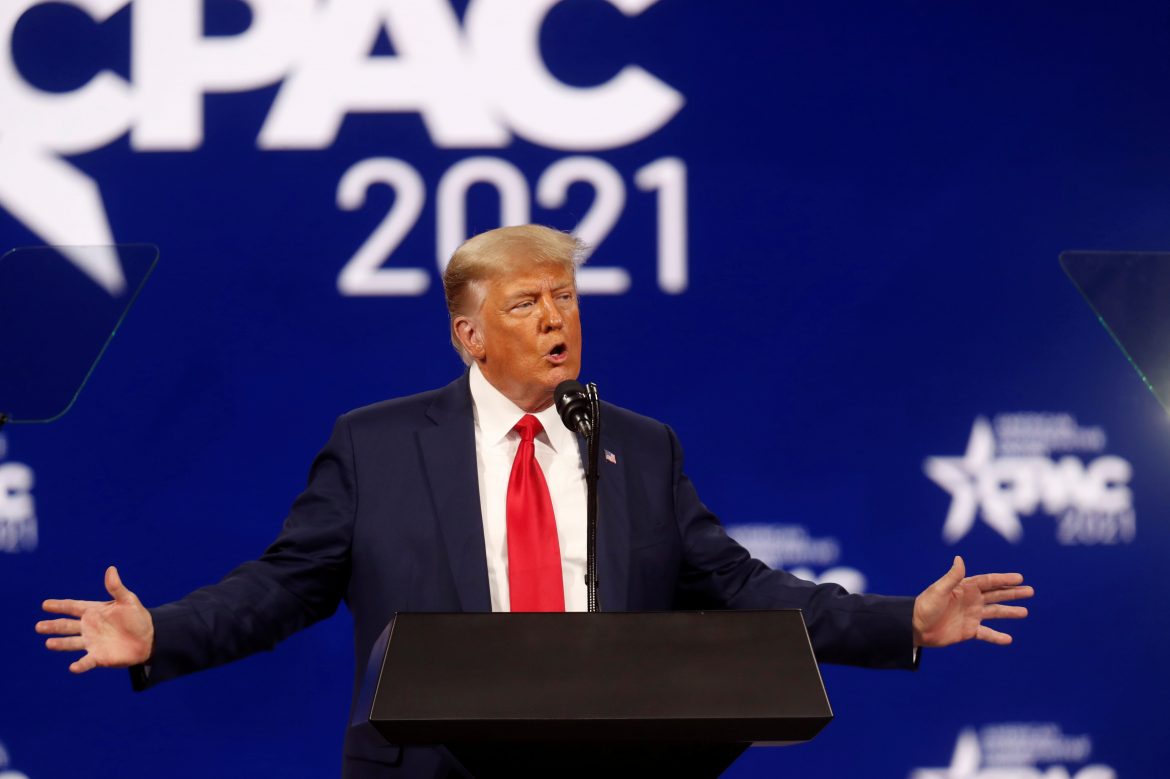 On Tuesday, Former President Donald Trump made headlines as he teased an announcement about his future and also announced a new digital platform that will provide a way for him to  communicate directly with his followers.

On Tuesday’s Daily Wire show “Candace,” Trump made vague comments about his future when questioned by host Candace Owens. He responded, “The answer is I’m absolutely enthused. I look forward to doing an announcement at the right time.” He went on to say that his supporters would be “very happy when I make a certain announcement.”  Trump commented that he would not want to announce an official 2024 run too early due to the cost of running a campaign.

While his future plans are not definite, this certainly adds more fuel to speculations about Trump’s 2024 presidential aspirations. In corresponding news on Tuesday, Trump also launched a communications platform that could benefit a possible run.

“From the Desk of Donald J. Trump” is  a response from the 45th President to his censorship at the hands of major social media platforms. The timing of the launch seems to be purposeful, as Facebook’s oversight board who was set to decide whether or not to reinstate his account on Wednesday.

A video posted on the website touts the platform as a “beacon of freedom,” and a “place to speak freely and safely.” Trump used social media throughout his presidency as a way to bypass the media, which he loathed, to disseminate his unfiltered thoughts and opinions to the American people. This medium looks to be the way for him to continue this.

The platform is not the social media platform that was teased in late March, as it does not provide the ability for other users to comment or post content of their own.  Jason Miller, senior advisor to Trump, confirmed this when he spoke to Fox News about the platform, saying, “President Trump’s website is a great resource to find his latest statements and highlights from his first term in office, but this is not a new social media platform. We’ll have additional information coming on that front in the very near future.”

The site currently has posts dating back to March 24th, with many of them having a similar tone to his previous tweets: praising his political allies and slamming Democrats, Republican foes, and leftist ideologies. Followers can The new platform can be found at https://www.donaldjtrump.com/desk.

The Facebook Oversight Board upheld the suspension of Donald Trump’s personal account on Wednesday morning, but also criticized Facebooks decision saying, “it was not appropriate for Facebook to impose the indeterminate and standardless penalty of indefinite suspension.”

The board sent the case back to Facebook, saying that they “decline the request” to make a final decision, saying that by sending it to the Oversight Board “Facebook seeks to avoid its responsibilities.” They have given Facebook six months to review its policy, rectify inconsistencies in enforcing their policies, and come to a final decision on Trump’s indefinite suspension from the platform.

I liked the Board’s decision for and response. Yes, Facebook needs to grow up and be responsible for its decisions in more ways than one. Its so obvious they are part of the left leaning group who want to change this country to communism and doing that by censoring free speech for starters.