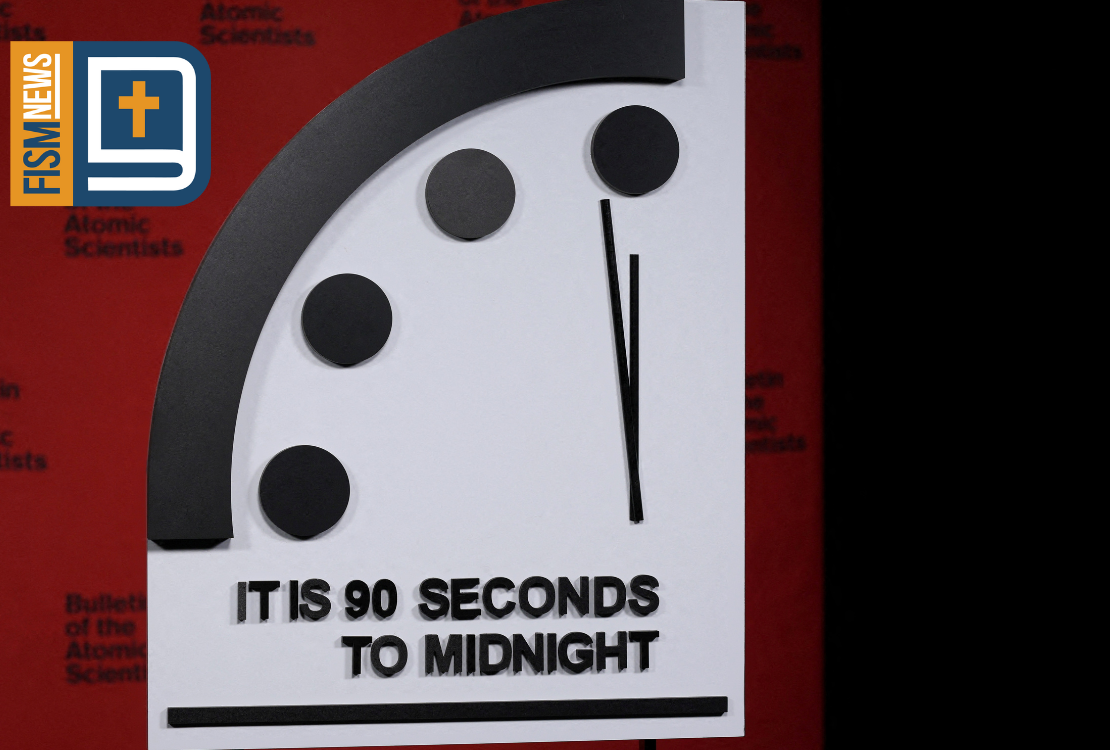 Yesterday, the Associated Press issued a report exploring how scientists are extremely concerned that the world is moving closer to an event that could wipe out human existence, with the popular metric known as the “Doomsday Clock.”

The Doomsday Clock is a symbolic timepiece showing how close the world is to ending. Midnight marks the theoretical point of annihilation. Apocalyptic threats could arise from political tensions, weapons, technology, climate change or pandemic illness. The hands of the clock are moved closer to or further away from midnight based on the scientists’ reading of existential threats at a particular time.

Since 1947 and the dawn of the atomic age, the Bulletin of Atomic Scientists has monitored the possibility of world destruction with its “Doomsday Clock.” Midnight on the clock is seen by many as the level where the world is under its greatest threat of destruction.

After the Cold War, the clock sat at 17 minutes to midnight, thanks to a new sense of peace with the end of the 45-year standoff. But in the last 30 years, experts believe humanity has moved consistently closer to destruction.

On Tuesday, experts moved the clock to 90 seconds before midnight, setting a new record for the closest it has ever been to midnight. As the threat of nuclear war has risen in the last year with the war in Ukraine, experts believe nuclear war and mass human destruction could be just around the corner.

Additionally, with a rise in nuclear threats from other world powers such as North Korea and China, experts are gravely concerned.

Many also argue that climate change has moved humanity closer to self-destruction.

Rachel Bronson, president of the Bulletin of Atomic Scientists, said,

We are sending a message that the situation is becoming more urgent. Crises are more likely to happen and have broader consequences and longer standing effects.

There is much for Christians to consider in this report.

At the same time, we must hold steadfastly to the hope we are promised in Christ. Despite the chaos and danger around us, we have a great anchor for our souls: salvation in Jesus Christ, and an eternal inheritance in His kingdom.

This hope we have as an anchor of the soul, both sure and steadfast, and which enters the Presence behind the veil, where the forerunner has entered for us, even Jesus, having become High Priest forever according to the order of Melchizedek.  – Hebrews 6:19-20

As we consider these things, let us not forget also these scientists may be onto something theological, though they may not even know it.

This world is not our home, and it is passing away.

These scientists are not wrong: someday, this world will pass away when the Lord returns to make all things new. But friends, this is not something that should surprise us, concern us, or terrify us.

We should take great joy in the fact that this world is passing away because we have a home waiting for us that is far better!

Rather than falling victim to fearmongering, let us delight and take joy in the simple fact that we do not belong to this world, broken and marred as it is. We await a home far better, where our Lord promises us we will possess the greatest inheritance: fellowship with Him.

And truly if they had called to mind that country from which they had come out, they would have had opportunity to return. But now they desire a better, that is, a heavenly country. Therefore God is not ashamed to be called their God, for He has prepared a city for them.  – Hebrews 11:15-16