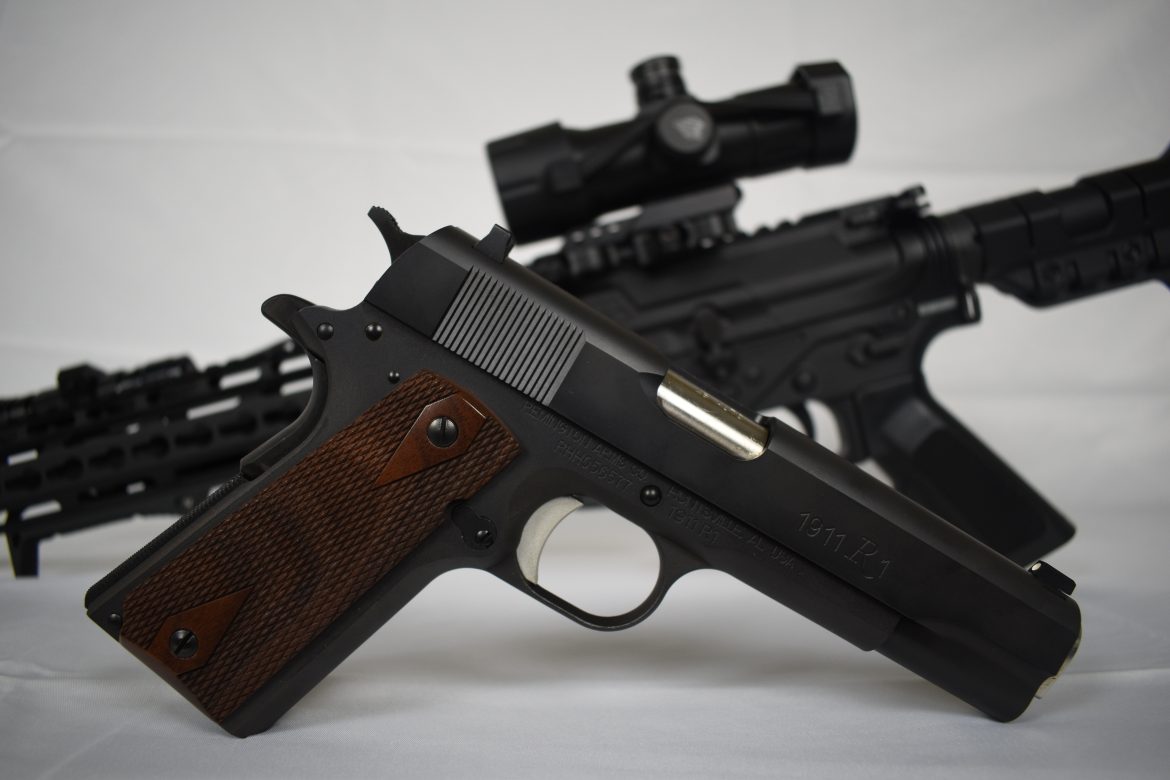 Close to 100 sheriffs from throughout Illinois are pledging, to various degrees, not to enforce a new prohibitive gun law.

FISM News reported last week on House Bill 5471, which bans the manufacture or possession of dozens of common rapid-fire rifles, pistols, and .50-caliber guns. The legislation also limits the size of magazines. Anyone who currently owns these types of guns will be required to register them with the Illinois State Police.

The Twitter account linked to “Chicago Armory” tweeted dozens of letters from sheriffs in Illinois who explain why they’re not complying with or enforcing that law, referred to by some as the “Protect Illinois Communities Act.”

Thank you, Sheriff Darby Boewe and the Edwards County Sheriff's Office as well as all the supporters in Edwards County. pic.twitter.com/docm6TOX6x

One such letter is from Edwards County Sheriff Darby Boewe of southern Illinois who says he won’t be enforcing that law because it’s unconstitutional. He posted a letter on Facebook that reads in part:

Part of my duties that I accepted upon being sworn into office was to protect the rights to all of us in the Constitution. One of those rights enumerated is the right of the people to keep and bear arms provided under the Second Amendment. The right to keep and bear arms for defense of life, liberty, and property is regarded as an inalienable right by the people.

Sheriff Bowe wrote that he, like many others, believes that HB 5471 is a “clear violation” of the Second Amendment. “Therefore, as the custodian of the jail and chief law enforcement officer for Edwards County, that neither myself or my office will be checking to ensure that lawful gun owners register their weapons with the state, nor will we be arresting or housing individuals that have been charged solely with noncompliance of this act,” he wrote.

Macon County Sheriff Jim Root shared a similar letter on social media writing in part: “Recently representatives for the State passed HB 5471, also known as the ‘Protect Illinois Communities Act.’ They did so, knowing that it infringes upon your inalienable right to keep and bear arms for the defense of life, liberty, and property, in clear violation of the Second Amendment of the United States Bill of Rights and Article I Section 22 of the Illinois Constitution.

“My duty and responsibility to the citizens of Macon County who elected me is to protect and uphold the Constitution of the United States and State of Illinois. I, along with many others, believe HB 5471 is a clear violation of my oath and both Constitutions I’m sworn to protect,” he wrote.

Illinois is now the ninth state, along with the District of Columbia, to ban the sale or possession of semiautomatic weapons.

The Illinois Sheriff’s Association (ISA) released a statement in opposition to the ban. Part of it states:

The ISA has opposed this legislation throughout its development and remains opposed to the bill as passed by the General Assembly and signed by the governor. We, as a representative of chief law enforcement officials throughout Illinois, are very concerned and disturbed by the ongoing and escalating violence throughout our State and Country. We are always supportive of new tools, techniques and laws that assist us in preventing and holding accountable those that wage efforts of harm and violence on others. However, this new law does not do that. We will continue to advocate on behalf Sheriffs and the law-abiding citizens throughout Illinois.”

The ones who enforce the laws in Illinois aren’t the only ones vowing not to comply with the new ban. So are the ones who make them, like Illinois State Rep. Blaine Wilhour who tweeted at Democratic Gov. J.B. Pritzker: “We the people will NOT comply on your assault of the 2nd Amendment.”

We the people will NOT comply on your assault of the 2nd Amendment @GovPritzker! #twill (To listen to my full remarks click here: https://t.co/qWzAZqqiqy) pic.twitter.com/YraKIzAfIv