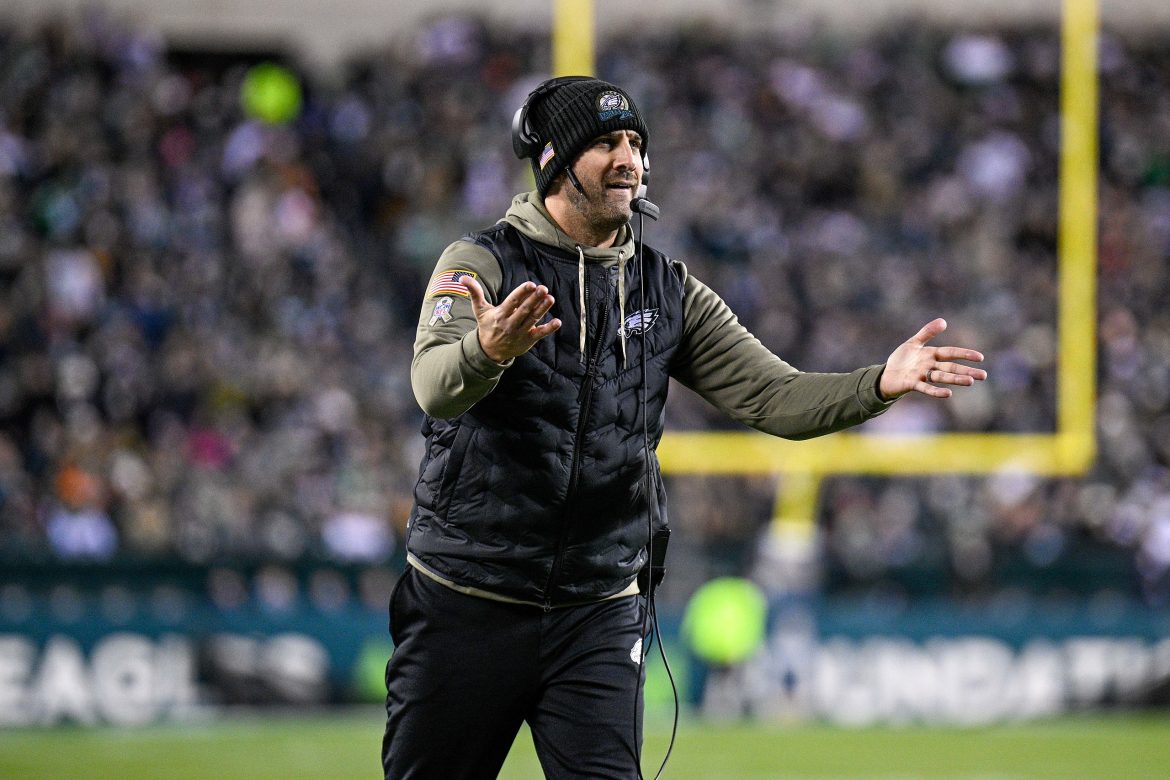 Brian Daboll wasn’t ready to leave the Buffalo Bills when the Philadelphia Eagles checked in to see if he was interested in their head coaching vacancy in 2021. The Eagles ended up hiring Nick Sirianni. Daboll left the Bills to lead the New York Giants a year later.

On Saturday, the coaching buddies square off when the Eagles (14-3) host the Giants (10-7-1) in an NFC divisional playoff game.

When Daboll was the offensive coordinator for the Kansas City Chiefs in 2012, Sirianni was the wide receivers coach. They’ve been friends ever since and have plenty of mutual respect.

“It was my first year as a position coach. Brian was our coordinator. We didn’t have a great year as far as statistically, record-wise, all those things,” Sirianni recalled about that 2012 season.

I always felt like he took me under his wing and said, ‘I’m going to help this guy.’ I felt that way about myself and Jim Bob Cooter. He took us under his wing and wanted to teach us as much as he possibly could because I think he always would say he saw something in us, and he wanted to contribute to our success as coaches. And he did that.

“I felt like I was here, and he took me a couple of levels higher because of the things he taught me about offense, about defensive football. I just have so much respect for him and appreciate everything he has done for my career because he made me a way better coach just being around him for a year.”

Sirianni was a surprise choice when the Eagles tabbed him to replace Doug Pederson in 2021. He was the offensive coordinator previously for the Colts and hadn’t received another interview for a head coaching job. He had a rough start in Philadelphia but led the Eagles to a 9-8 record and a playoff berth in his first season.

With Jalen Hurts playing at an MVP level, the Eagles went 14-3 and earned the NFC’s No. 1 seed this year. Daboll was the offensive coordinator at Alabama in 2017 when Hurts was the starting quarterback.

“Just was so impressed with how he handled himself, the material that he knew,” Daboll said of Sirianni and the year they spent together. “I say his energy, his attitude, and ability to deal with players — and I saw that throughout the year. I’d say he had an impact on me, too. He was a fantastic coach. He was young, he was just getting started. But you could tell right from the beginning because I spent a lot of time with him, I thought his arrow was pointing up. And fast.”

Sirianni has the upper hand in head-to-head matchups as the Eagles already beat the Giants twice this season. The Giants are coming off an impressive upset victory over 13-win Minnesota in an NFC wild-card game last week. Daniel Jones threw for 301 yards and two touchdowns and Saquon Barkley ran for two scores.

The Eagles have one of the league’s stingiest defenses. They led the NFL with 70 sacks, including four players with at least 10.

The teams are quite familiar with each other. The Eagles are aiming for three straight wins over the Giants in one season. Since the Super Bowl era, the team that swept the regular-season series is 15-10 against an opponent that third time around in the playoffs.

“You can learn from the good, the bad, the ugly,” Barkley said about the first two games against the Eagles.

Obviously, the first game they got up right away. Offensively, I think we did some pretty good stuff, but we could be a little more consistent. At the end of the day, we know they’re a talented team. They have how many Pro Bowlers? How many All-Pros? They’re the No. 1 team in the NFC for a reason. It’s going to be a tough challenge, but you can definitely go back and look at film. Also, like I said, learn from the good, the bad and the ugly.”