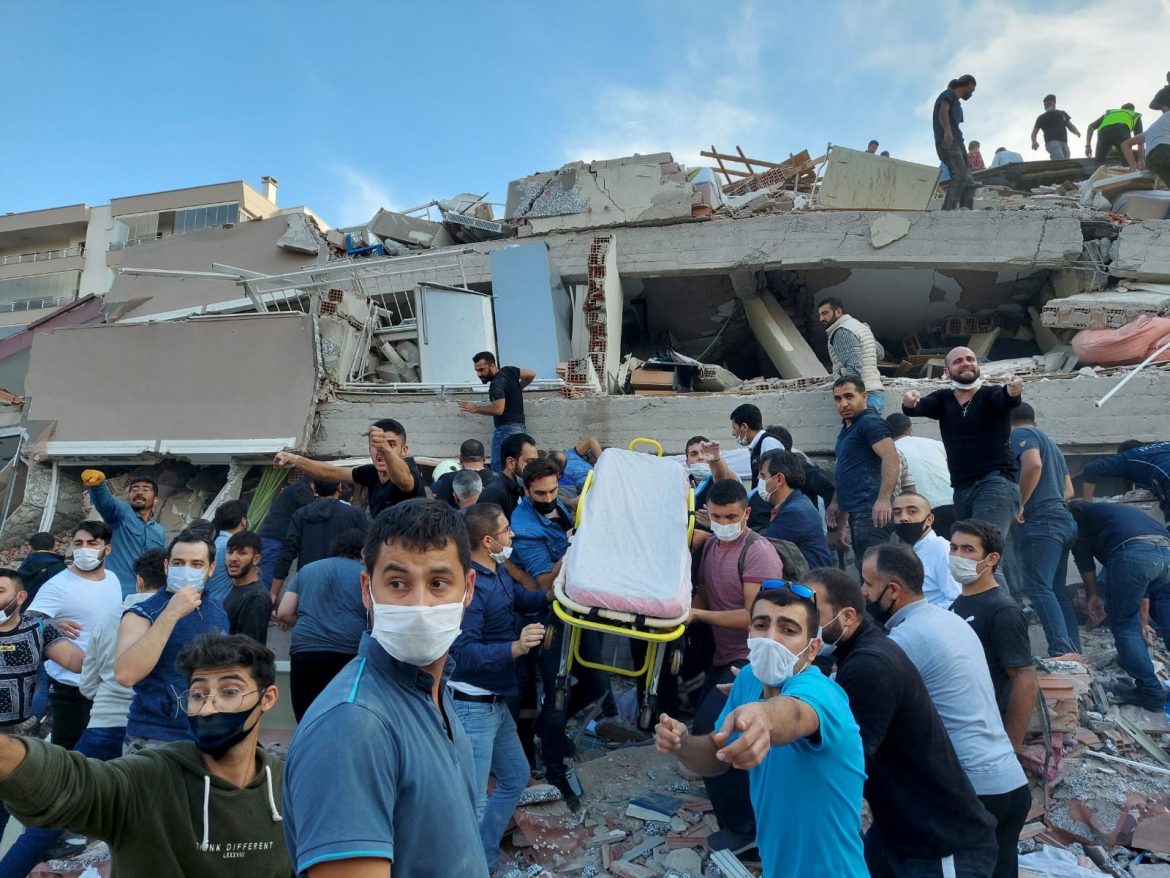 A strong earthquake struck the Aegean Sea on Oct. 30 and was felt in Greece and Turkey, where four people were killed as buildings collapsed in Izmir’s coastal province.

Turkey’s Disaster and Emergency Management Presidency (AFAD) put the earthquake’s magnitude at 6.6, while the U.S. Geological Survey said it was 7.0. The quake could be felt as far away as in Istanbul and on Greek islands, where officials said eight people suffered light injuries on Samos’ island. High tidal waves were seen in both countries and led to flooding on parts of the Izmir coast.

AFAD reported that four people died, one due to drowning, while 120 people were injured. Izmir mayor Tunc Soyer said around 20 buildings had collapsed in the province. Izmir’s governor said 70 people had been rescued from under the rubble.

Ismail Yetiskin, mayor of Izmir’s Seferihisar district, said sea levels rose due to the quake. Footage on social media showed debris, including refrigerators, chairs, and tables floating through streets on the deluge. Eftyhmios Lekkas, head of Greece’s organization for anti-seismic planning, said that residents of the Greek island of Samos, which has a population of about 45,000, were urged to stay away from coastal areas. According to a Greek official, high tidal wave warnings were in place in Samos, where eight people were lightly injured.

The foreign ministers of Turkey and Greece – which have been caught up in a bitter dispute over ownership of potential hydrocarbon resources in the eastern Mediterranean – spoke by phone after the earthquake and said they were ready to help one another, according to Turkey’s Ankara.