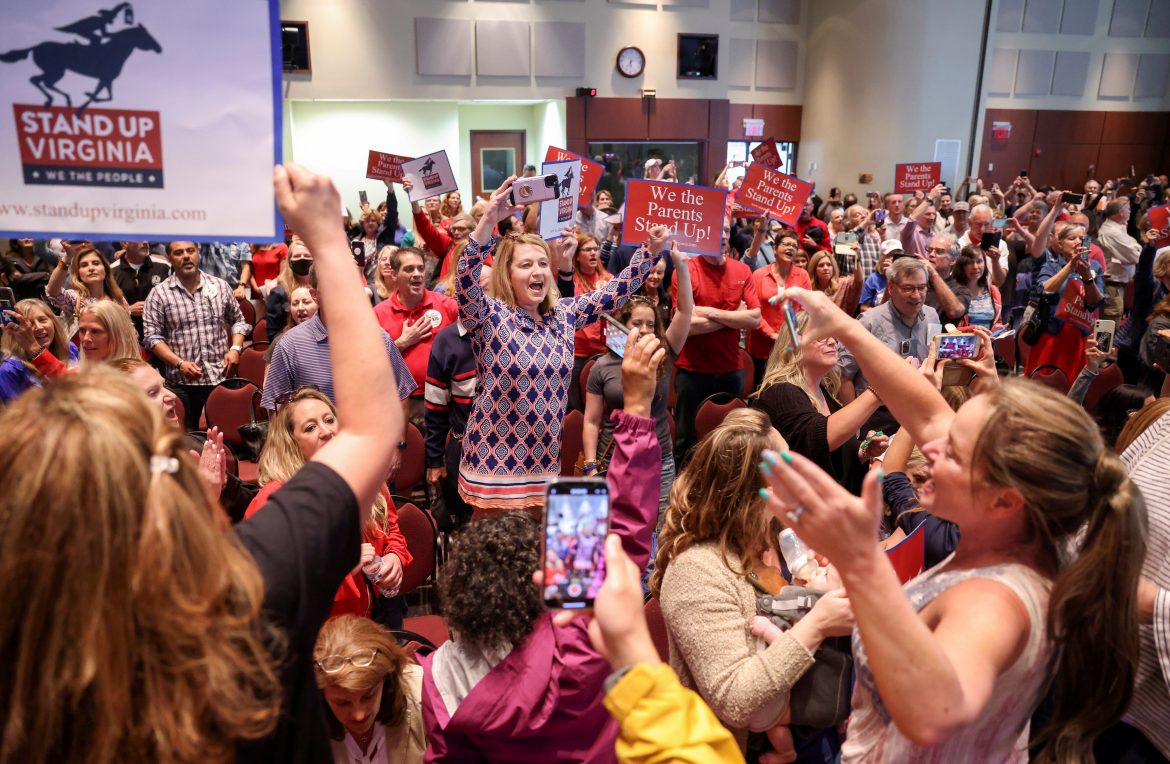 Over 20 different organizations wrote a joint response letter to the National School Board Association (NSBA) after they had asked the White House for federal protection from parental threats.

The letter was posted on Saturday to Twitter by Wenyuan Wu, Ph.D., Executive Director at Californians for Equal Rights Foundation:

A joint response to @NSBAPublicEd, thanks to the initiative by @DefendingEd.

Civic participation is not domestic terrorism. Holding elected officials accountable is not a hate crime.

On the flip side, we must be doing something right to deserve such intolerance. @realchrisrufo pic.twitter.com/ccrCqyN5dj

The letter slams the NSBA for using a “tiny number of minor incidents” at school board meetings to paint anyone who stands up in disagreement of school board policies in a negative light. The letter reveals that the NSBA is even asking that the Biden administration invoke the Patriot Act as means to squelch “legitimate protests.”

It goes on to say that the purpose behind the letter is to threaten and silence parents:

Your letter to President Biden is a thinly veiled threat, intended to intimidate into silence and submission the very constituents that your members ostensibly represent.

The organizations that signed the letter represent 427,000 individuals who state they take issue with the claim that their cry for change is being misconstrued as violence. The letter then lists the reasons why so many parents are upset with school boards around the country:

Citizens are angry that school boards and school officials around the country are restricting access to public meetings, limiting public comment, and in some cases conducting business via text messages in violation of state open meetings laws. They are angry that schools are charging them thousands of dollars in public records requests to view curriculum and training materials that impact their children and that should be open to the public by default. They are angry that pandemic-related learning losses have compounded the already-low reading, writing, and math proficiency rates in America’s schools. They are angry that rather than focusing on declining student achievement, large numbers of districts have chosen to fund, often with hundreds of thousands of dollars in taxpayer money, “social justice” and “diversity, equity, and inclusion” programs with finite resources.

The letter was written in response to a previous letter sent from the NSBA to President Biden asking for protection against parents. The letter was penned by NSBA President Viola Garcia and Interim Executive Director and CEO Chip Slavenhad, and specifically cited those who were protesting school mask and vaccination mandates and Critical Race Theory curricula, urging his administration to treat them as domestic terrorists.

Garcia and Slaven implored Biden in the letter to use his executive power to deploy FBI and U.S. Secret Service agents to school board meetings in order to protect officials against “extremist” parents, claiming they pose an “immediate threat.” The letter goes on to complain of “angry mobs” who they say have hampered the ability of school board members to conduct official business, citing a ”growing number of threats of violence and acts of intimidation.”

White House spokesperson Jen Psaki said Thursday that the Biden administration is exploring ways to ensure the safety of public servants while placing responsibility on local police. “Obviously, these threats to school board members is horrible; they’re doing their jobs,” she said. “We’re continuing to explore what more can be done across the administration but, again, a lot of this will be local law enforcement.”

On Monday, Attorney General Merrick Garland sent a memo in which he tasked the FBI to work with local agencies to address the “disturbing spike in harassment, intimidation, and threats of violence against school administrators, board members, teachers, and staff.”

The memo also states that the Justice Department will “announce a series of measures designed to address the rise in criminal conduct directed toward school personnel. “

Dr. Fauci says “it’s just too soon to tell” if Americans can gather for Christmas