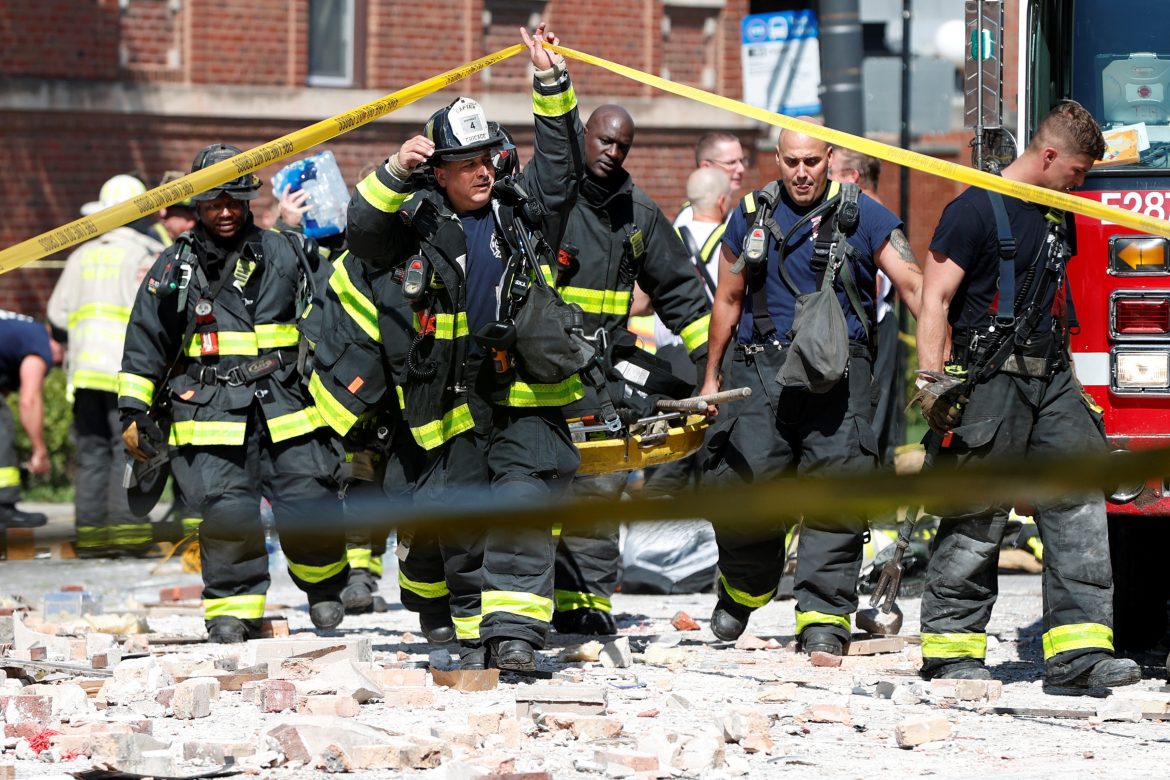 A red-brick building partially collapsed in an explosion on Chicago‘s West Side on Tuesday, sending eight people to the hospital, including three who were in serious or critical condition, the city’s fire department said.

The cause of the explosion, which prompted the evacuation of an adjacent building, was unknown, the Chicago Fire Department said on Twitter.

Chicago‘s bomb squad and officers from the federal Bureau of Alcohol, Tobacco, Firearms and Explosives (ATF) were on the scene, the fire department said. At least 10 ambulances were at the site while authorities searched for trapped people.

Firefighters were believed to have rescued everyone from the collapsed building, made up of about 35 units, NBC News said, citing Deputy Fire Commissioner Marc Ferman.