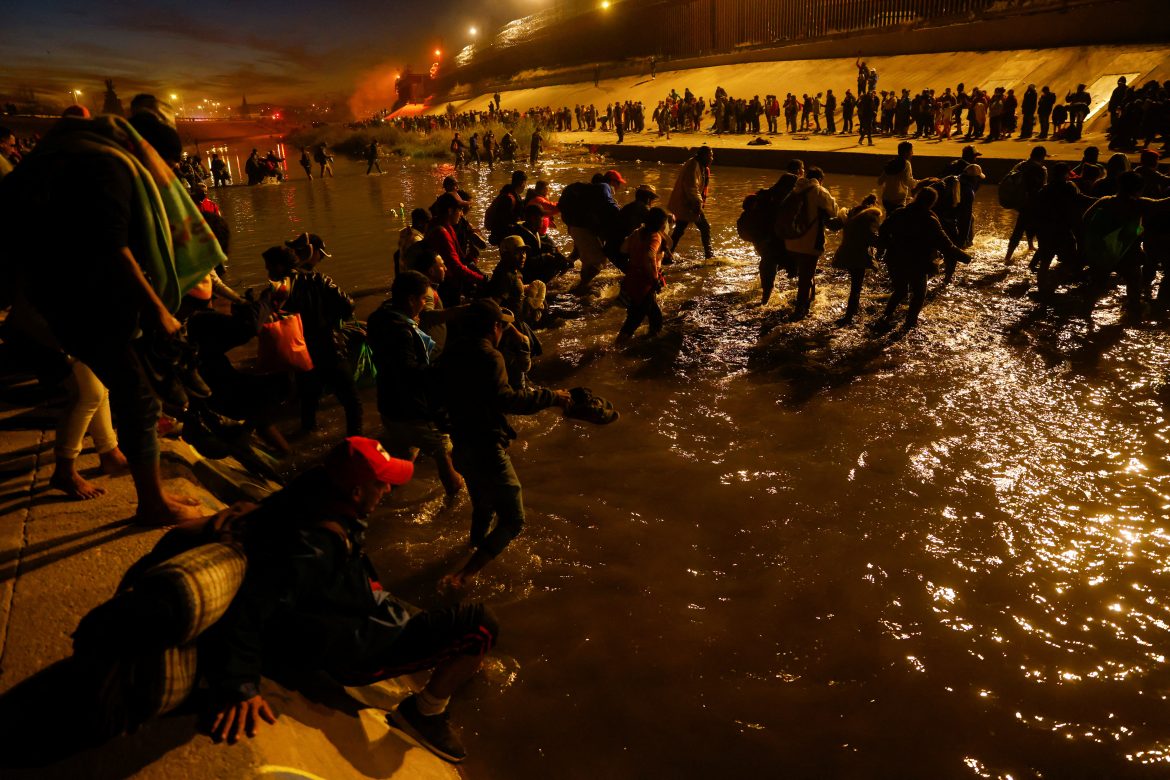 A staggering number of illegal immigrants flooded El Paso, Texas over the weekend, with over 2,500 migrants being encountered in 24 hours alone.

The migrants were reportedly aided by Mexican authorities in their trek to the border. According to Fox News, “Mexican police escorted nearly 20 buses full of migrants into the Mexican city of Ciudad Juarez, which is located across from El Paso. The police released the migrants to various non-governmental organizations.”

On Monday, Fox News correspondant Bill Melugin reported that a “huge migrant caravan of over 1,000 people crossed illegally into El Paso, TX last night, making it the largest single group we have ever seen.”

BREAKING: A huge migrant caravan of over 1,000 people crossed illegally into El Paso, TX last night, making it the largest single group we have ever seen. The city of El Paso reports Border Patrol now has over 5,000 in custody & has released hundreds to city streets. @FoxNews pic.twitter.com/ewUQX757Lt

Breaking!  Over the weekend, the El Paso Sector experienced a major surge in illegal crossings, with a 3-day average of 2,460 daily encounters, primarily through the downtown area of El Paso.  We will continue to keep the public informed as the situation evolves. pic.twitter.com/V2pOO6Y31N

Deputy City Manager Mario D’Agostino urged El Paso mayor, Oscar Leeser, in a city council meeting to declare a state of emergency to open up the necessary state and federal assistance needed to address the situation.

“With today’s numbers I have to recommend a declaration,”  D’Agostino said per the New York Post. “2,500 apprehensions on the daily when they’re doing 498 community releases. Those numbers are high.”

Leeser, however, refused. “I’m not ready to declare anything today,” he said on Monday.

In recent months, the El Paso region has faced an overwhelming number of illegal immigrants. The Center Square reports that last month alone the region saw over 53,500 border arrests.

The number of monthly border crossings is expected to climb even higher, as border communities brace for the end of Title 42 pandemic restrictions on Dec. 21st.

To make matters worse, a senior source within Customs and Border Patrol told Breitbart Texas, “the Department of Homeland Security is not engaged in any substantive planning to confront the expected surge in migration once Title 42 is lifted per court order.”

President Joe Biden continues to avoid the border despite being in office for nearly two years and the crisis polling as one of the top priorities of the American people.