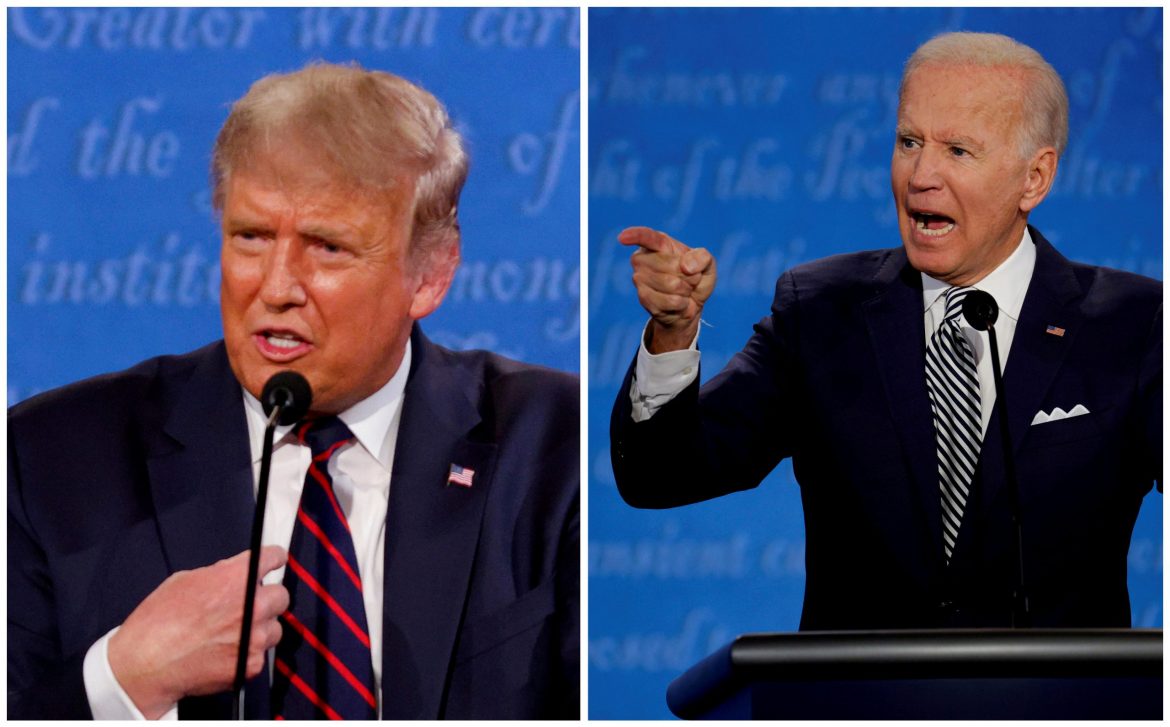 President Donald Trump and Democratic rival Joe Biden traded jabs on Monday. They exhorted last-minute voters to turn out as they stumped in battleground states on the final day of a polarizing campaign that has shattered early voting records.

Even as the candidates made their final arguments, however, their campaigns were already laying the groundwork for post-election disputes.

Trump, who is trailing in national opinion polls, has continued to lob unfounded attacks at mail-in ballots, suggesting he would deploy lawyers if states are still counting votes after Election Day. His deputy campaign manager, Justin Clark, said the campaign would fight any Democratic attempt to “subvert state deadlines for receiving and counting ballots.”

“Under no scenario will Donald Trump be declared a victor on election night,” she said.

The election has already prompted an unprecedented wave of litigation over whether to adjust voting rules in light of the COVID-19 pandemic. On Monday, a federal judge in Texas rejected a Republican bid to throw out about 127,000 votes already cast at drive-through voting sites in the Democratic-leaning Houston area.

At a rally in Scranton in eastern Pennsylvania, Trump reminded an enthusiastic crowd that he won the state in 2016 despite polls suggesting he would lose and warned that election officials’ plan to count ballots up to three days after Election. Day was a “dangerous situation.”

“You have to have a date. You can’t extend dates,” he said.

In the western Pennsylvania town of Monaca, Biden told supporters that the country’s future rested in their hands.

“What happens tomorrow will determine what this country will look like for generations,” he said.

Trump, 74, is seeking to avoid becoming the first incumbent president to lose re-election since fellow Republican George H.W. Bush in 1992. Despite Biden’s national polling lead, the race in swing states is seen as close enough that Trump could still piece together the 270 votes needed to prevail in the state-by-state Electoral College system that determines the winner.

The latest Reuters/Ipsos poll in Florida, a perennial swing state, showed Biden with a 50%-46% lead a week after the two were in a statistical tie.

Early voting has surged to levels never before seen in U.S. elections. A record-setting 97.3 million early votes have been cast either in person or by mail, according to the U.S.Elections Project. The number is equal to 70% of the entire voter turnout for the 2016 election and represents about 40% of all Americans who are legally eligible to vote. That unprecedented level of early voting includes 60 million mail-in ballots that could take days or weeks to be counted in some states, meaning a winner might not be declared in the hours after polls close on Tuesday night. Some states, including critical Pennsylvania and Wisconsin, do not start processing mail-in votes until Election Day, slowing the process.