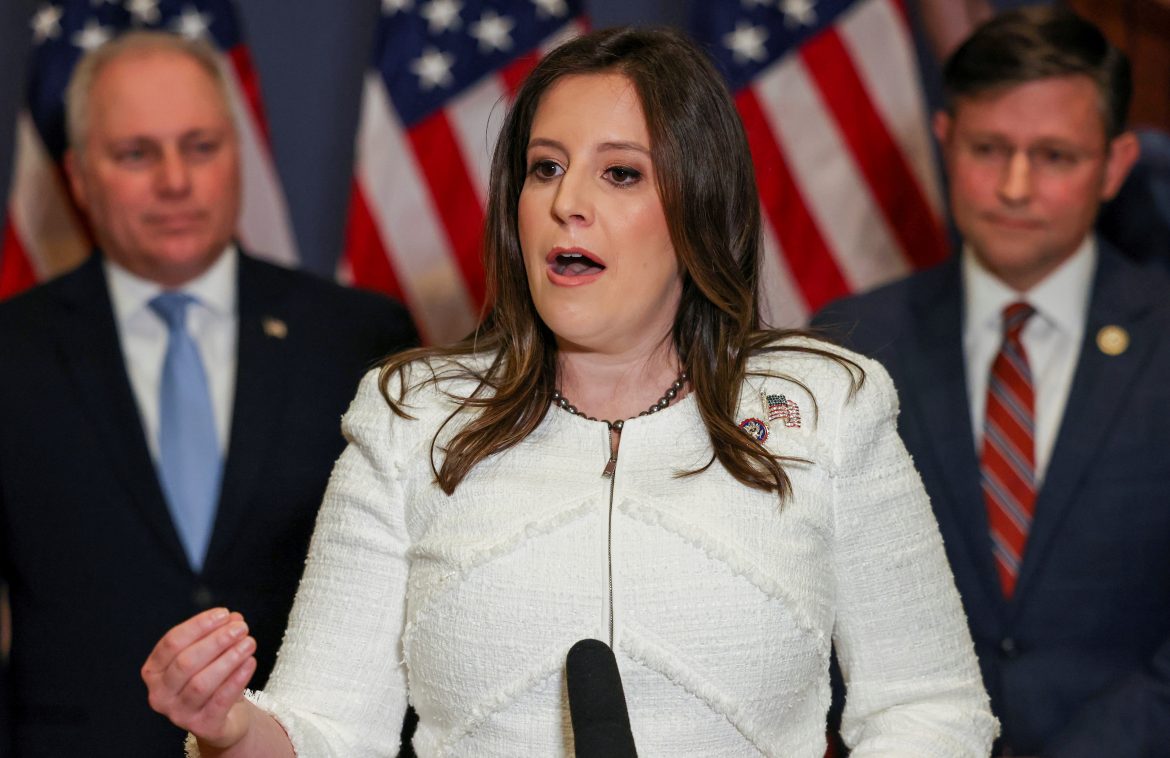 Only a couple of days after Wyoming Representative Liz Cheney was ousted from her position as the House Republicans Conference Chairperson, GOP members of that chamber elected New York Representative Elise Stefanik to replace her. Stefanik was a favorite of President Donald Trump, who endorsed her on his new communications platform.

Stefanik gave remarks after the election, thanking the Republicans in the House, Trump, and the voters of her New York district. She is prioritizing “listening to all members of our Republican conference” and promoting “unity” within the party. She expressed that Americans are “suffering under the far-left, radical, socialist policies of President Joe Biden and Speaker Nancy Pelosi.”

We are unified working as one team, and the American people know that the stakes are incredibly high. We are going to fight for them each and every day against the destructive, radical, far-left socialist agenda of President Joe Biden and Nancy Pelosi that’s destroying America.

Trump responded to Stefanik’s win and her speech on his communications platform, echoing the message of unity.

Congratulations to Elise Stefanik for her Big and Overwhelming victory! The House GOP is united and the Make America Great Again movement is Strong!

Stefanik won Trump’s favor after she defended him during his first impeachment trial, while Cheney caused dispute among her Republican colleagues by rejecting what she said was Trump’s “big lie” about his November loss to Biden.

Stefanik ran for the position against Texas Representative Chip Roy, who entered the race on Thursday night. Some conservatives in the House, including Roy, had complained that Stefanik‘s voting record was not conservative enough such as her vote against Trump’s 2017 Tax Cuts and Jobs Act.

The secret ballot tally, according to a source in the room, was 134-46, with nine voting “present” and three votes cast for other candidates. After the vote, Roy congratulated Stefanik and suggested the GOP “move forward” to fight the Democrats.

Cheney has vowed to continue to fight to prevent Trump from winning the White House again in 2024.