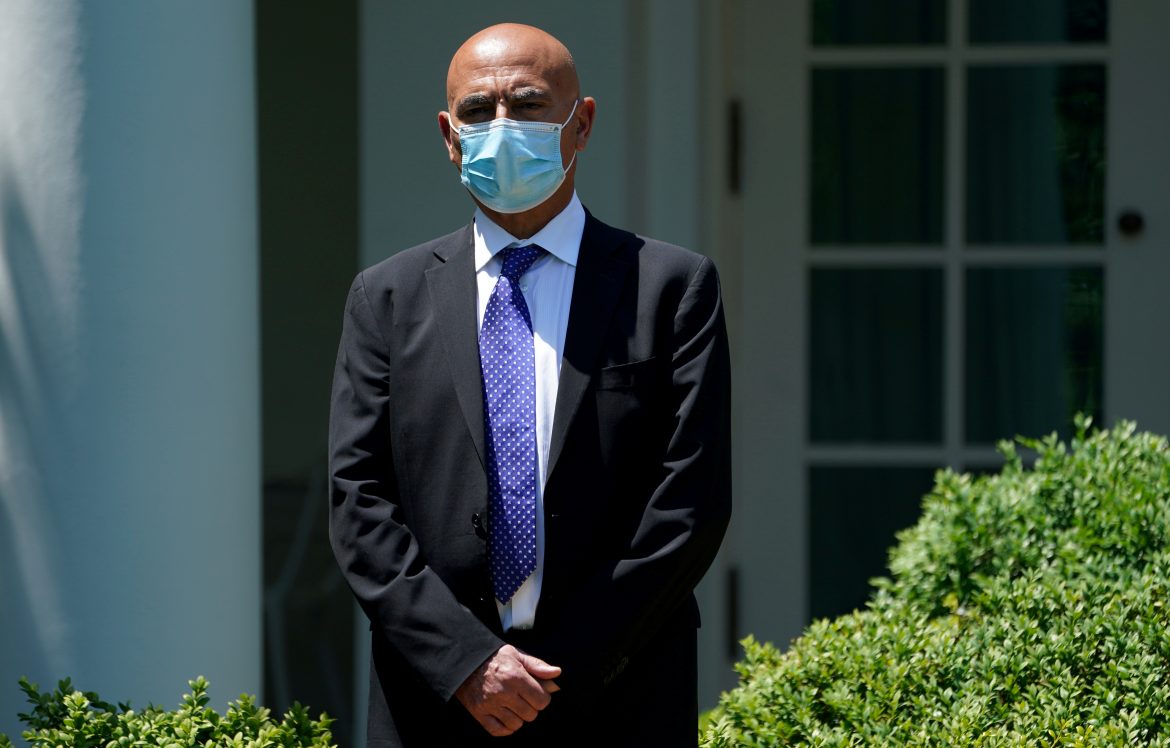 Operation Warp Speed chief adviser Dr. Moncef Slaoui said the COVID-19 vaccine developed by British drugmaker AstraZeneca and Oxford University will likely be authorized for emergency use in the United States in April. Slaoui said recruitment for the British drugmaker’s late-stage U.S. trial is almost complete with over 29,000 participants enrolled.

British regulators approved AstraZeneca’s vaccine on December 30, the first country in the world to do so, based in part on unpublished data.

Several scientists have raised doubts about the robustness of results from its British and Brazilian trials, showing the shot was 90% effective in a sub-group of trial participants. That group, by error initially, received a half dose followed by a full dose. But the efficacy was 62% if the full dose was given twice, as it was for most participants.

Slaoui said it would ultimately be up to the FDA as to how to evaluate the vaccine for U.S. authorization. He was also cautious about whether the U.S. should implement similar guidance as the U.K. regulators to space out the second dose of Pfizer’s by as much as 12 weeks, longer than what was studied in clinical trials.

While early data suggests that people have some protection against the virus after receiving their first dose, the length of time that protection lasts has not been studied, Slaoui said.