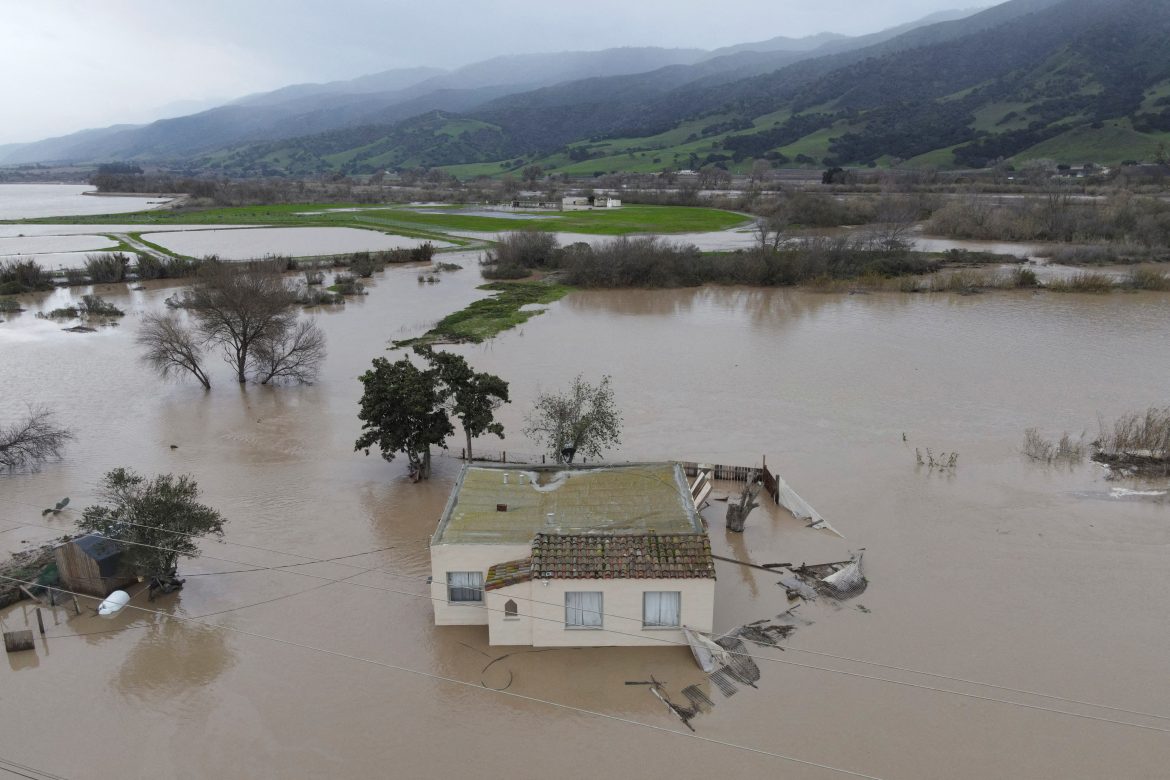 California’s parade of atmospheric rivers may be nearing an end but not before at least two more of the rainstorms are due to drench the waterlogged state starting on Saturday, forecasters said.

A series of atmospheric rivers rarely seen in such frequent succession has pounded the state since Dec. 26, killing at least 19 people and bringing floods, power outages, mudslides, evacuations, and road closures.

The storms have dropped half the average annual rainfall on the agricultural Central Valley and as much as 15 feet (4.5 m) of snow in the mountains.

At least seven waterways were officially flooded, it added.

The ninth and final atmospheric river of the series is due to make landfall on Monday and last a couple of days.

Among the waterways of concern, the Salinas River in northern California flooded roads and farmland on Friday, when 24,000 people were urged to evacuate.

In southern California, officials will release water on Saturday from Lake Cachuma, which provides drinking water near Santa Barbara, as the chronically low lake has filled to capacity.

The storms have mitigated but not solved the region’s drought.

“You can have flooding and drought at the same time because drought is long-term dryness,” said David Roth, a meteorologist with the Weather Prediction Center.

“You need a long period of precipitation to cancel out a drought, even if some areas have had the equivalent of 30 inches of liquid.”

The U.S. Drought Monitor revised on Thursday its assessment to lift virtually all of the state out of extreme drought or exceptional drought, the two worst categories, though much of it is still considered to be suffering moderate or severe drought.

“There’s also the danger that if we get excessive temperatures later, we could get evaporation, the snowpack evaporates, the water evaporates, and we’re right back to where we’ve been,” said Roger Bales, an environmental engineering professor with the University of California.

Excess snow has been both good and bad for the ski industry, likely leading to a long season but also forcing disruptions from power outages, road closures and delays at some resorts, said Michael Reitzell, president of Ski California.

“It has been a bit challenging, but we will take all of it,” added Reitzell, whose industry association represents 35 resorts.