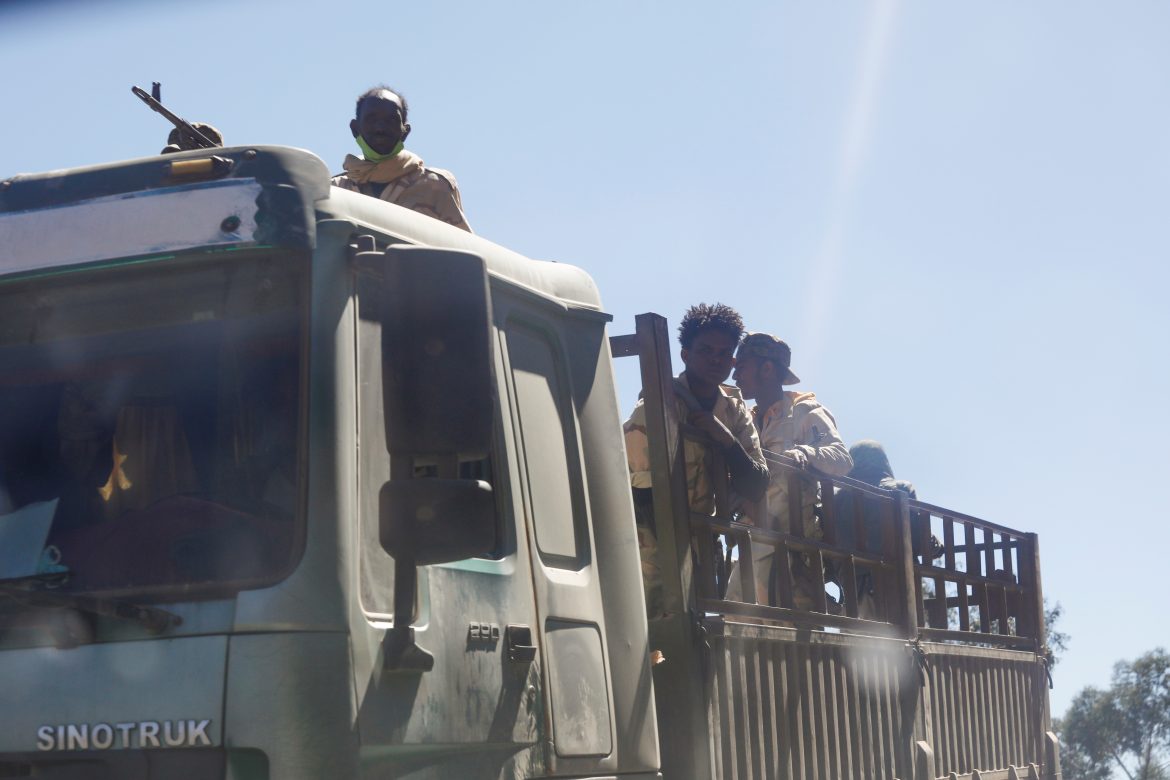 Ethiopian Prime Minister Abiy Ahmed confirmed for the first time on Tuesday that troops from neighboring Eritrea entered the northern Tigray region during the five-month-old conflict, the first such acknowledgement after months of denials.

In a parliamentary address, he also acknowledged for the first time that atrocities like rape had been committed during the fighting, and promised perpetrators would be punished.

Fighting erupted in Tigray after forces loyal to the then-governing party there – the Tigray People’s Liberation Front (TPLF) – attacked army bases across the region overnight and in the early hours of Nov. 4.

The attacks initially overwhelmed the federal military, which later mounted a counter-offensive alongside Eritrean soldiers and forces from the neighboring region of Amhara.

The TPLF, which dominated Ethiopia‘s government for nearly three decades until Abiy came to power in 2018, has long been an archenemy of Eritrea.

Abiy said Eritrean troops had crossed the border because they were concerned they would be attacked by TPLF forces, but the Eritreans had promised to leave when Ethiopia‘s military was able to control the border. The TPLF repeatedly fired rockets at Eritrea after the conflict began.

The governments of both Eritrea and Ethiopia repeatedly denied Eritrea’s involvement in the war, despite reports from rights groups like Human Rights Watch and Amnesty International, which documented the killings of hundreds of civilians by Eritrean soldiers in the holy city of Axum.

Reuters journalists on a trip to Tigray last week saw hundreds of men wearing Eritrean uniforms in buses with Eritrean plates on the main road between the regional capital Mekelle and Shire, and on the main streets of Shire.

Abiy quoted the Eritreans as saying to Ethiopian authorities: “You left the trenches while searching for the enemy in central Tigray. So, while you attacked them, they might come to us. We controlled areas along the border because we have our national security concerns. But if your army can control the trenches, we will leave the next day.”

He said the Ethiopian government had also raised accusations of widespread looting and rights abuses by Eritrean soldiers in Tigray.

“The Eritrean government has highly condemned it and said they will be accountable if any of their army participated in this,” he said.

“There were atrocities that were committed in Tigray region … reports indicate that atrocities were being committed by raping women and looting properties,” he said, without naming the forces accused.

“Any member of the national defense who committed rape and looting against our Tigrayan sisters will be held accountable.”

But Tigray’s police service is not functioning and civilian authorities told Reuters they have no ability to investigate the military.

The United Nations has raised concerns about atrocities committed in Tigray during the conflict, while U.S. Secretary of State Antony Blinken has described acts carried out in the region as “ethnic cleansing”, accusations that Ethiopia has denied.

In Washington, State Department spokeswoman Jalina Porter said Senator Chris Coons had had a successful meeting with Abiy in Addis Ababa to discuss the Tigray conflict.

“Prime Minister Abiy, you know, publicly committed to deepening in a meaningful dialogue with the international community to address this conflict in Tigray, and he also shared publicly that he condemned the human rights violations,” she said.

In his parliamentary speech, Abiy also addressed a border dispute with Sudan, which is hosting about 60,000 refugees from Tigray and which is in dispute with Ethiopia over a giant hydropower dam that Ethiopia is building on the Blue Nile.

Abiy sought to cool tensions over disputed farmland on the border, where dozens have been killed in low-level clashes.

“Sudan is a brotherly country. We don’t want to fight with Sudan,” Abiy said. “Sudan is not in a position to fight against any neighbors, it has many problems. Ethiopia has also many problems, we are not ready to go to battle so we don’t need war. It is better to settle it in a peaceful manner.”