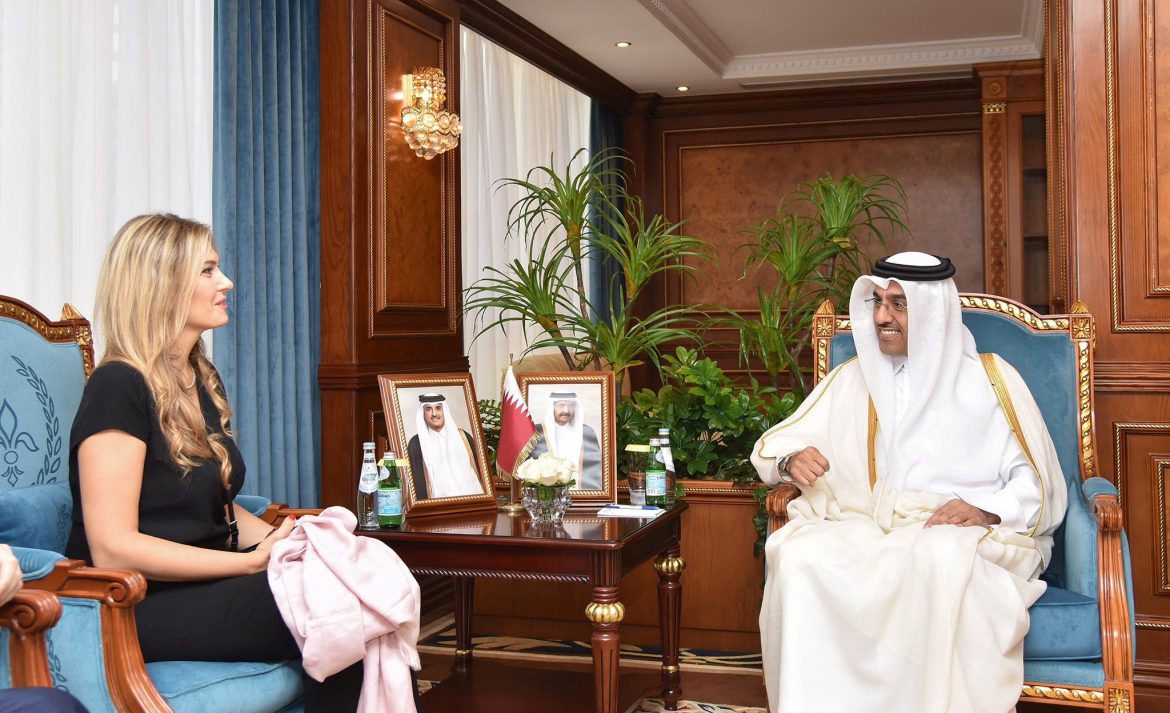 The European Parliament stripped Greek lawmaker Eva Kaili of her senior assembly post on Tuesday over allegations that World Cup host Qatar had bribed her to influence decision-making, charges she has denied.

Kaili, one of 14 vice presidents in the parliament, was among four people arrested and charged in Belgium over the scandal that has triggered outrage in Brussels and risks damaging the European Union’s image.

The case, in which police discovered stacks of cash, casts a shadow over the European Parliament which seeks to be a moral compass, criticizing global rights abuses and taking EU governments to task over any hint of impropriety.

Qatar has denied any wrongdoing.

The parliament acted quickly to loosen ties with Kaili, with 625 MEPs voting in favor of the move, only one against, and two abstaining.

The integrity of @Europarl_EN comes first and foremost.

Today at 1200hrs, @Europarl_EN will vote on the unanimous proposal of the Conference of Presidents to bring to an end the term of office of Vice-President Eva Kaili. pic.twitter.com/IknC0Zv6q3

She vowed that the parliament would “continue to fully cooperate with relevant national law enforcement and judicial authorities.”

Michalis Dimitrakopoulos, Kaili’s lawyer in Greece, said earlier on Tuesday: “Her position is that she is innocent, I can tell you that.”

“She has nothing to do with financing from Qatar, nothing, explicitly and unequivocally,” Dimitrakopoulos told Open TV in a first public comment.

Several EU states including Germany, said the 27-nation union’s credibility was at stake. Countries that have faced criticism from the assembly, including EU member Hungary, said it had lost the moral high ground.

“From now on the European Parliament will not be able to speak about corruption in a credible manner,” Hungary Foreign Minister Peter Szijjarto wrote on Facebook.

Belgian police searched 19 homes and the offices of the parliament from Friday to Monday as part of their investigation and seized computers, mobile phones and cash, some of it found in a suitcase in a hotel room.

None of the four people charged have been formally identified, but Kaili’s name was rapidly leaked to the press.

Belgian prosecutors said they had suspected for more than four months that a Gulf state was trying to buy influence in Brussels. Although no state was publicly named by prosecutors, a source with knowledge of the case said it was Qatar.

“Given the extent of the corruption scandal, it is the least we could expect of her,” said MEP Manon Aubry, who co-chairs the Left group.

Manfred Weber, of the conservative European’s People Party, said: “Our colleagues at the European Parliament have been deeply shocked. These developments represent a heavy burden.”

The Greek authorities on Monday froze Kaili’s assets in her homeland, while the Greek socialist PASOK party said it would expel her from its ranks.

Kaili, 44, a Socialist MEP was among a stable of young aspiring Greek politicians who emerged in the debilitating debt crisis which swept Greece from 2010 to 2015, where the country required three international bailouts.