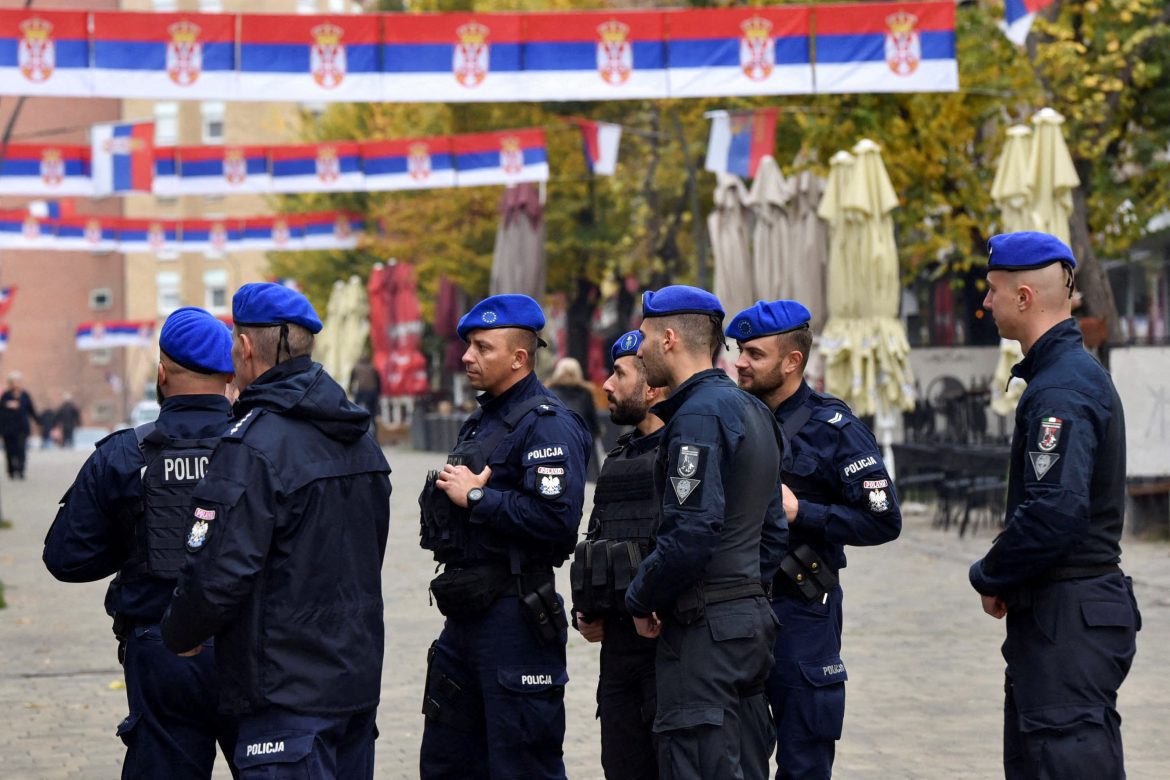 European Union police officers are undertaking patrols in northern Kosovo after some 600 police officers from the Serb minority quit over a car license plate row that the West fears may trigger fresh ethnic violence.

Police officers, judges, prosecutors, and other state workers quit their jobs earlier this month after the government in Pristina ruled that local Serbs must finally replace their car plates, issued by Serbia’s unrecognized authorities in Kosovo, with Kosovo state ones.

The almost two-year-long license plate dispute has stoked tensions between Serbia and its former breakaway province which declared independence in 2008 and is home to a Serb minority in the north backed by Belgrade.

The 130 officers from Poland and Italy – who are patrolling in three municipalities where there is no local police presence – have no powers of arrest, but the EU wants their presence to fill the security vacuum.

“For now, we must just monitor the situation because…the situation is still sensitive,” said Mariano Bastanza, commander of 25 Italian Carabinieri who arrived to reinforce their Polish colleagues.

The EU and the United States are trying to find a solution before Monday when Kosovo’s Prime Minister Albin Kurti said drivers with old registration plates will be fined, with local Serbs saying they will not make the change.

On Friday the EU invited Kurti and Serbia’s President Aleksandar Vucic for urgent talks in Brussels but neither has confirmed they would go.

Brussels and Washington have asked Kosovo to delay implementing the ruling for ten months, but Kurti has not shown any sign he will back off.

“At the moment the north is a ticking bomb with many crazy people from both sides ready to trigger it and with no police there to defuse the situation,” a senior Kosovo official told Reuters on condition of anonymity.

Having a multiethnic police force in the volatile north was hailed as the biggest achievement by the West which supported Kosovo’s struggle for independence since 1999.

Kosovo and Serbia in 2013 committed to an EU-sponsored dialog to resolve all remaining issues between them, but little progress has been made.

NATO still has some 3,700 peacekeepers on the ground and has urged calm, saying it will intervene if security is threatened.