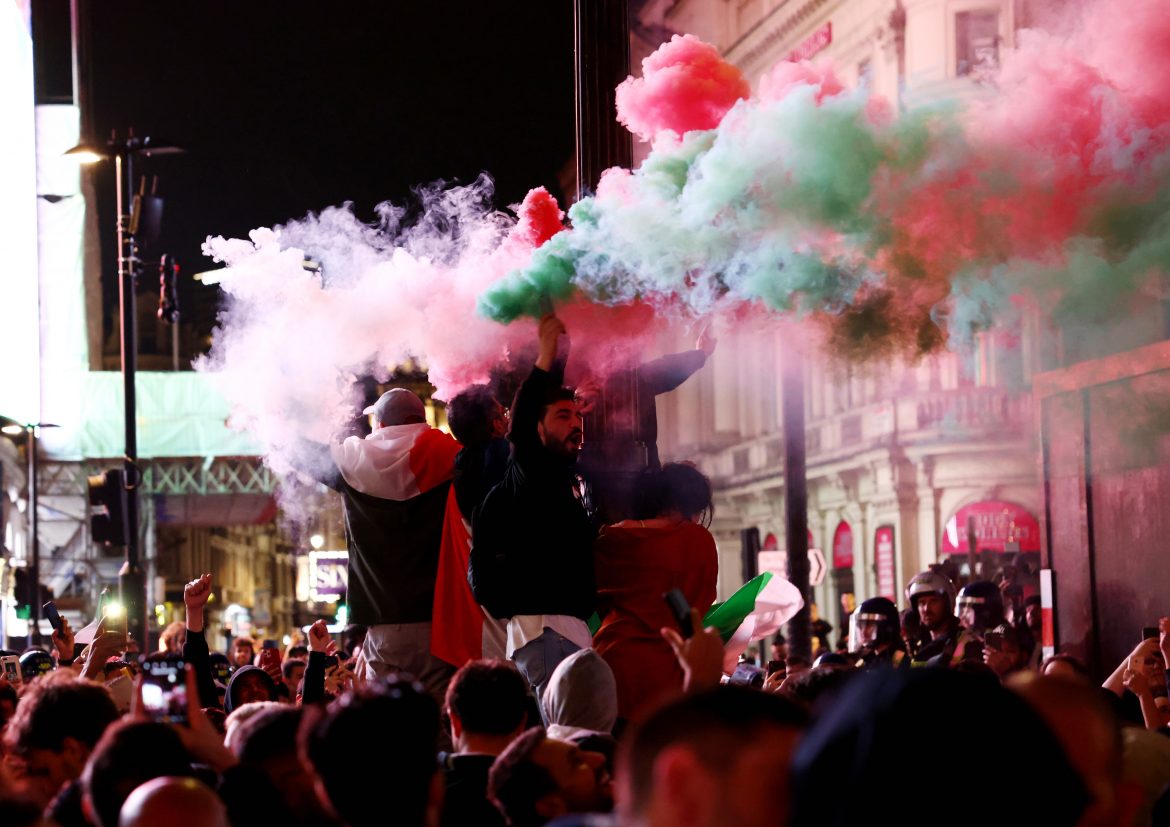 In a tight Finals match that lasted as long as it could have, Italy beat England in the Euro 2020 soccer series during a penalty shootout. The game went into extra time tied at 1-1, and ended when Italy scored three penalty goals to England’s two in the shootout.

Italy’s coach, Roberto Mancini, praised his team and gave credit to the opponent saying, “You have to have a little luck on penalties and I’m a little sorry for England because they also played a great tournament.” Gareth Southgate, England’s coach, said the team is “disappointed” but praised the players for giving “everything they possibly could” in the match.

The #ITA players celebrated their #Euro2020 success on their way back to Romepic.twitter.com/uQV3r6F9Gc

Unfortunately, it seems that any sporting event in today’s world is sure to come with spectator-caused issues such as the Tour de France crash. For the Euro 2020, English and Italian fans alike caused chaos and turbulence both before and after the match.

Before the match, crowds of fans made their way to Wembley Stadium where the match was to be held. On the way there some of the over-eager fans lit flares in subway stations, but it was at the stadium itself that the scene became out of control. Reuters reports that “fans burst past stewards and some reached the concourse while bottles were thrown in from outside the perimeter.”

Security staff monitoring the perimeter were attacked in the ruckus, and entry to the stadium was shut down for 20 minutes as order was restored and arrests were made. After police helped to restore the scene, it was confirmed that 49 fans were arrested and 19 officers were injured.

After the match had concluded, fans in Italy burst into celebration. Sadly, some parties throughout the country celebrating their nation’s victory became violent, and even deadly.

Reuters reports that one man died in a car crash on the way to a celebration in the heart of Sicily. Another person is reported to have been shot by a supposed hitman in Foggia, located in Southern Italy. In the city of Milan, 15 people were injured and one of them lost three fingers after a firework exploded in his hand.