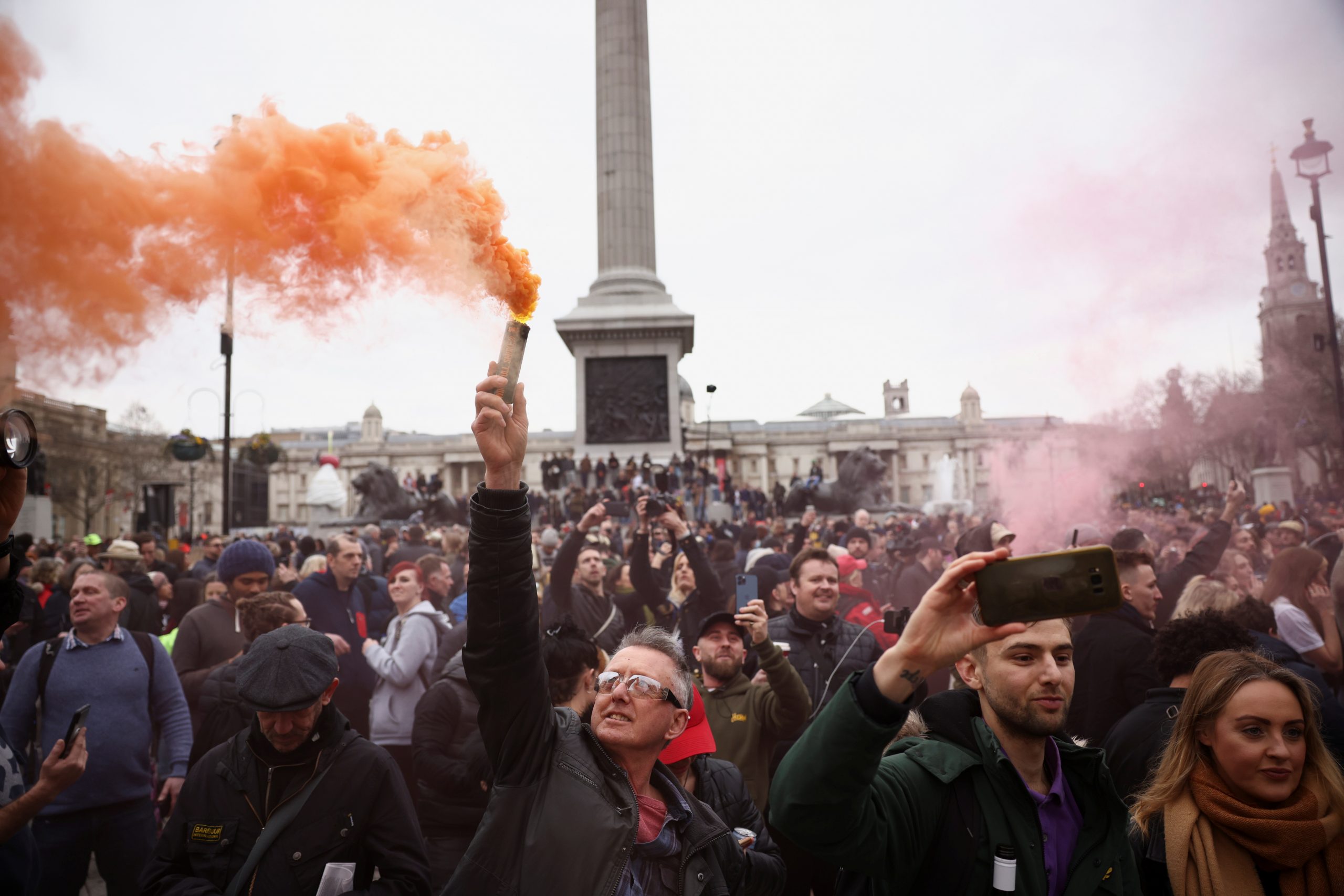 Cities across Europe erupted with anti-lockdown protests resulting in clashes with law enforcement and arrests for violating COVID-19 protocols.

In London, 10,000 protestors marched through the heart of the city with banners reading slogans like “Stop Destroying Our Kid’s Lives.” The group set off flares and colored smoke grenades along the way. 33 arrests were made for violating England’s pandemic restrictions.

As of 18:45hrs, 33 people have been arrested by officers policing the gatherings in central London. Most of the arrests have been for breaching COVID regulations.

In England coronavirus rules prohibit protesting, but Parliament is pushing back against this restriction. 60 members of Parliament wrote a letter to Britain’s Home Secretary saying it “is not acceptable and is arguably not lawful,” to stop protests.

As the day wore on, a portion of the group devolved into riotous behavior with Londoners throwing bottles and cans at law enforcement officers. At moments police were forced to retreat to their vehicles as a mob of around 100 rioters chased after them, assaulting officers along the way.

Our officers are continuing to engage with people attending the ongoing protests in Central London.

Those gathering in crowds are being encouraged to disperse and go home.

Officers will take enforcement action where necessary. This could be a fixed penalty notice, or arrest.

England is set to begin reopening on March 29th, with groups of six or less permitted to gather outside. Stores will be permitted to open on April 12th, but it remains to be seen if London will be allowed to follow the same timeline.

Meanwhile, Kassel, Germany saw a massive protest of 20,000 people over the weekend. Similar to London, the Kassel protest became violent as the crowd threw bottles at law enforcement and attempted to push through police barriers. Nearby nations have also seen unrest, including Austria, Finland, Romania, Switzerland, Holland, Austria, Bulgaria, and Poland.

In France, Paris also faced thousands of protestors and the city of Marseille outright ignored restrictions by allowing a carnival with around 6,500 attendants. French authorities are desperately trying to gain control of the situation. On Friday, a travel restriction was put in place for Paris and Northern France requiring citizens to get authorization to walk more than 6 miles from their homes.