Even after McDonald’s exit, Big Macs still available in Russia 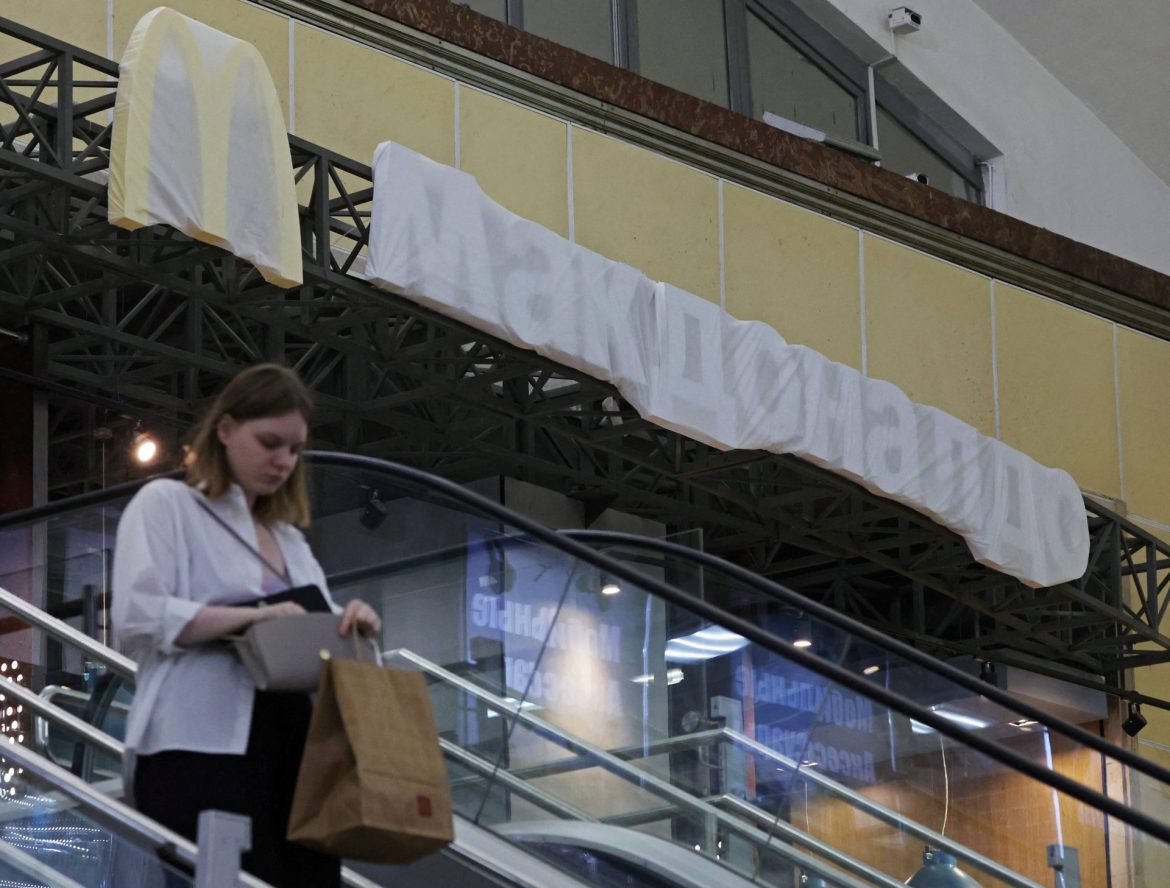 Big Macs remain on sale at some of McDonald Corp’s franchise locations in Russia despite most of its restaurants reopening on Sunday under new branding and ownership.

McDonald’s sold most of its 850 restaurants in Russia to one of its local licensees in May. Some of those reopened Sunday under the new name Vkusno & tochka, or “Tasty and that’s it,” offering a new menu without the flagship burger.

But other franchisees have kept their locations open, selling authentic McDonald’s meals in restaurants adorned with barely concealed McDonald’s branding.

Their lingering presence highlights the challenges Western companies face in extricating themselves fully from the Russian market over Moscow’s actions in Ukraine.

The McDonald’s name and logo was covered with transparent, white fabric at train stations in Moscow and St Petersburg, and the Big Mac burger was available, though renamed to Bolshoi Burger, or Big Burger.

In Moscow’s Leningradskiy Station and St. Petersburg’s Finlandskiy Station, McDonald’s logos were used on takeaway bags and the U.S. company’s branding was still visible on other packaging and electronic menus.

Rival Burger King halted corporate support for its Russia locations in March but the restaurants remain open and thriving in locations such as central Moscow. Burger King has struggled to break a complex franchise arrangement

The nuance with McDonald’s also concerns franchises. One franchisee, Rosinter Restaurants, is keeping its locations at airports and train stations in Moscow and St. Petersburg until 2023, saying it has a “unique agreement” with the American corporation, TASS reported last week.

Though the Big Mac has been removed from the menu at Rosinter’s outlets, in St. Petersburg it was possible to order one directly. Diana, the cashier, explained that fries, however, were unavailable due to no deliveries, with potato wedges for sale instead.

The same was true for soft drinks from the soda gun. The restaurant was selling Coca Cola products by the bottle. Coca Cola has suspended sales in Russia and it was not immediately clear if this infringed on any agreements. Coca-Cola had no immediate comment.

The Big Mac was served in a ‘Chicken Premier’ box and appeared to lack the signature sauce.

Store manager Valentina smiled and said: “Everything is changing,” when asked whether there was less sauce than usual.

Rosinter said it was facing delivery issues due to supply chain disruptions. “This is a temporary problem which will be resolved as the logistics situation normalizes,” it said.

Astoria, part of NMGK, could not be reached by phone and did not respond to emailed comments.

McDonald’s declined to comment on the details of Reuters’ reporting. The company said it fully exited the market when it finalized the transfer of its Russian business to Govor.