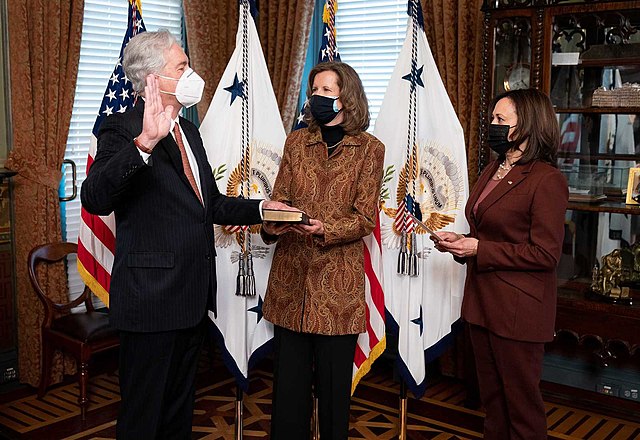 Some disturbing news came out of Washington this past week involving President Joe Biden’s CIA Director William Burns.  The National Pulse revealed Monday that Director Burns has fraternized with the Communist Chinese Party as recently as the year 2021, despite his assurance that he had terminated his affiliations with the CCP.

The Committee on the Present Danger in China (CPDC), a pro-America national security organization, is calling for Burns’ resignation following these troubling allegations.  The CPDC laid out the specifics of why Director Burns, who formerly served as President of the Carnegie Endowment for International Peace, is unqualified to serve in such a high rank in America’s intelligence security:

Mr. Burns’ testimony is also belied by the fact that in 2016 he welcomed Zhang Yichen to the Carnegie Endowment’s Board of Trustees. Mr. Zhang is the CEO of CITIC Capital Holdings, a 3 subsidiary of CITIC Group, a state-owned investment enterprise….He is also tied to not one, but two, Chinese influence operations: the Chinese People’s Political Consultative Conference (CPPCC) and the Center for China and Globalization. The website of a Chinese embassy depicts the CPPCC as a ‘United Front organization under the leadership of the Communist Party of China’ that is ‘actively engaged in exchanges with foreign countries for the purpose of strengthening the friendship with people in foreign countries.’ The Center for China and Globalization is ‘a Beijing-based think tank also linked to the communist apparatus.’

For all these reasons, we urge you to ask immediately for the resignation of William Burns as Director of the Central Intelligence Agency.

Many conservatives held well-founded fears that Biden would merely serve as a puppet of the radical left, despite his claims to be a “moderate” Democrat.  These troubling allegations against his CIA Director would serve as yet another proof of the far left machine that is at work behind the “moderate,” and often clueless, Biden Administration.

A Moment in History: John Wycliffe