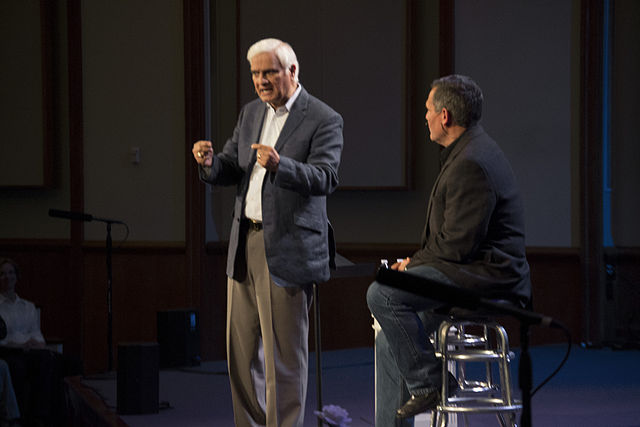 For the last several months, FISM News has covered the heartbreaking events of the sexual abuse scandal involving late evangelist Ravi Zacharias.  To recap, Zacharias was posthumously found guilty of numerous sexual abuse claims several months after his death.  Through further investigation, the findings revealed that Zacharias engaged in numerous forms of sexual abuse ranging from sexting to rape.  Ravi Zacharias International Ministries (RZIM) then asked anonymous victims to come forward and announced it would change its name and mission.  As of yet, the ministry has not announced a new name or mission as it awaits the possibility of new victims coming forward.

Apparently, there is a severe inconsistency between the investigation results and the accounts of Ravi Zacharias’ immediate family.  In February, Zacharias’ son Nathan created a blog titled DEFENDING RAVI, in which he argues that his father is completely innocent of the charges brought against him.  On Wednesday, Nathan Zacharias posted a lengthy email written by his mother Margie, in which she also defended her late husband’s reputation and denied the allegations brought against him.

The blog appears to be a well-intentioned, but ultimately futile, attempt to disprove the facts brought by the Miller Investigation.  The blog posts do not appear to bring any tangible evidence in defense of the late evangelist.  At best, Nathan Zacharias’ quest to clear his father’s name is noble; at worst, he seems to ignore evidence and even belittle the testimonies of the apparent victims of his father’s abuse.

However, the blog does shed light on RZIM’s handling of the fallout, and the ministry is not without blame.  According to Nathan, his father’s ministry has tried to dismiss the Zacharias family altogether, even evicting his widow from her home.  It seems RZIM is also well-intentioned, but is unnecessarily hurting the Zacharias family as it toes the line between appropriate separation and inappropriate cancellation.

FISM News will continue to cover this tragic situation at it unfolds.

Thank you for making this information available! My prayers are with the family! Prayers that the truth be revealed. Pray that God sustatains the family.