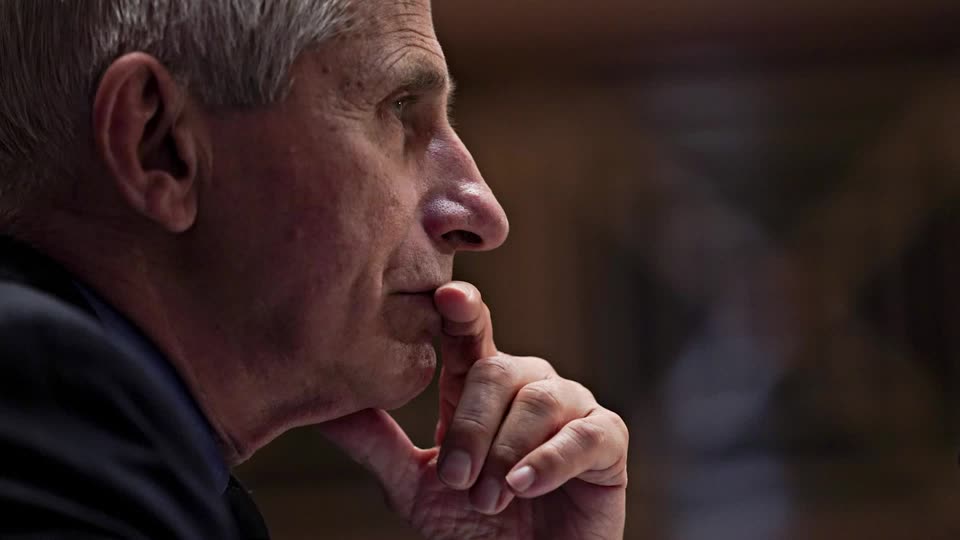 Dr. Anthony Fauci has become a media darling, especially for left leaning publications, during his tenure as the top US doctor responding to the COVID-19 pandemic. Recently he has come under immense scrutiny and criticism, even in some cases from his former media advocates, due to a recent dump of over 3,000 emails received as a result of a Freedom of Information Act (FOIA) request by Buzzfeed News. The brunt of the criticism has to do with Fauci’s initial dismissal of concerns that the COVID-19 virus was leaked from a Chinese virology lab in Wuhan, China.

Many conservatives had initially suspected that the COVID-19 virus came from the Wuhan lab and was either the result of an accidental leak or, more insidiously, the release of a bio-weapon by the Chinese Communist Party. This theory about the origin of the virus was immediately dismissed by Fauci and the rest of the government and instead a theory for the virus’s origins was put forward stating that the virus jumped from some animal, likely a bat, to human beings. In fact, Fauci went so far as to express this view under oath before Congress. However, due to an in depth analysis of Fauci’s recently obtained emails that span from January 2020 to June 2020, it is now known that Fauci knew that the lab theory was very likely and that many of the doctors researching the situation had reported to Fauci to this effect.

However, the emails are generating additional criticisms of Fauci as well. The emails show that Fauci was told by multiple experts working for him that the virus appeared to be engineered, a claim Fauci had also dismissed to the public at the time. In addition, the emails revealed that initially Fauci and his group of advisors believed that masks were ineffective at preventing the spread of the virus before he later switched positions for seemingly no reason when he told the public that masks were mandatory. All in all, almost everyone is now criticizing Fauci for being untruthful to the American public and withholding information.

In response many Republican leaders are harshly criticizing Fauci for misleading the public. These criticisms are led by people like former President Donald Trump, and especially current Republican Senator Rand Paul (KY). Senator Paul is a physician himself and has long criticized Fauci on a number of other matters having to do with the pandemic. On Twitter, Senator Paul has repeatedly criticized Fauci with respect to his emails, accusing him of lying to the public and under oath to Congress as well as withholding important information from the public and Congress.

Each time Dr. @RandPaul pushed Dr. Fauci to give us the truth about COVID and its origins, the liberal media attacked him, but in the end our junior senator is proved right to have been concerned. Not just once, or twice. Every. Single. Time. #KYSen https://t.co/dO2sch3hqB

All in all critics of Fauci say that Fauci engaged in morally questionable behavior. House and Senate staffers tell FISM News that the politicians they work for, especially Republican politicians, view Fauci’s behavior as an instance of abuse of power. They say that Fauci is an unelected official with a very specific specialty in medicine, and that Fauci has engaged in telling lies to the American public as well as to the elected officials who are tasked with developing policy for the country. They allege that these lies are motivated by political and self-serving reasons which are both beyond the purview of Fauci’s role as an unelected doctor who investigates and combats infectious diseases on behalf of the country.

The only fallout thus far appears to be the removal of Fauci’s upcoming book from being listed on Amazon and Barnes & Noble. However, Fauci’s publisher has indicated that this removal is only the result of a premature listing mistake, and that the book is still set to be published on November 2, 2021. The publisher also added that Fauci will not receive any royalties from the sale of his book.

The White House has largely been silent in the wake of the Fauci emails revelations. However, President Biden has recently prioritized the investigation of the origins and nature of the COVID-19 virus for American intelligence agencies. The Senate has already voted to pass a bill making any reports by American intelligence agencies unclassified and available to the public. The House is expected to vote on the bill during their next session as reported by FISM News. This means that Americans will likely not have long to wait in order to see the reports about COVID-19 for themselves.