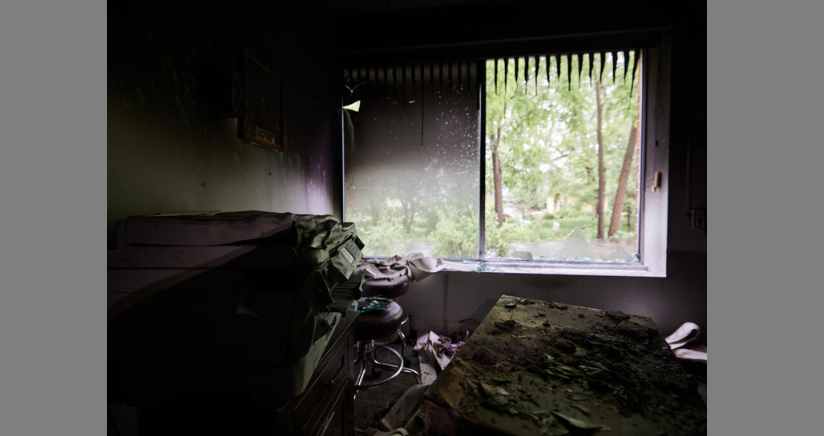 The Federal Bureau of Investigation (FBI) announced Thursday that it is offering a $25,000 reward for information leading to the perpetrators of multiple violent attacks on pregnancy help and pro-life centers after dragging its feet for more than eight months.

In November, FISM News reported that the FBI had offered the same reward specifically for information about those who firebombed and vandalized the CompassCare clinic in upstate New York on June 7. Earlier this month, CompassCare announced it had hired private investigators because the FBI investigation was getting nowhere.

The latest announcement comes amid growing public outrage over the Bureau’s failure to aggressively investigate the attacks and a looming Republican-led House probe into the Biden administration’s alleged weaponization of the Justice Department.

The FBI announced the reward Thursday in a news release which also indicated that the agency is investigating the incidents as potential acts of domestic violent extremism, Freedom of Access to Clinic Entrances Act (FACE Act) violations, or matters of violent crime.

“Today’s announcement reflects the FBI’s commitment to vigorously pursue investigations into crimes against pregnancy resource centers, faith-based organizations, and reproductive health clinics across the country,” FBI Director Christopher Wray said in a statement included in the release, adding that the Bureau “will continue to work closely with our national, state, and local law enforcement partners to hold responsible anyone who uses extremist views to justify their criminal actions.”

FISM recently reported that CatholicVote, a non-profit pro-life organization, has so far identified at least 78 attacks on pregnancy care centers and offices since May 2022, when Politico leaked a draft of the Supreme Court’s opinion revealing that the Bench was poised to overturn federal abortion rights. Newsweek put the number much higher, reporting in Oct. 2022 that there had been more than 100 such attacks on pro-life centers and places of worship.

CompassCare, a Chicago-based network of pro-life pregnancy centers, became so frustrated with the Justice Department’s inaction that it launched its own private investigation into the June 7 arson attack on its Buffalo, New York center that resulted in injuries to two firefighters battling the flames and $500,000 in property damages.

“If the FBI is interested in quelling the nationwide hate crimes against Christian pro-life organizations, they would offer a reward for information leading to the arrests of all 78 attacks, not just for the pro-abortion terrorists who firebombed our facility,” CompassCare CEO, Rev. Jim Harden, said Jan. 3 in a statement announcing the private investigation.

Pro-abortion activist group Jane’s Revenge has claimed responsibility for dozens of attacks, including the fire-bombing of Family Action, a Madison, Wisconsin pro-life organization. The incident is listed among those included in the FBI release.

Shortly after the Supreme Court opinion leak, Jane’s Revenge shared a map on its website listing the street addresses of the homes of Justices Amy Coney Barrett, John Roberts, Samuel Alito, Brett Kavanaugh, Clarence Thomas, and Neil Gorsuch, resulting in White House-approved protests at the Justices’ private residences and an assassination attempt on the life of Justice Kavanaugh.